Blake Sullivan didn’t consider a job in film at first, but now he has his own production company that revels in it. 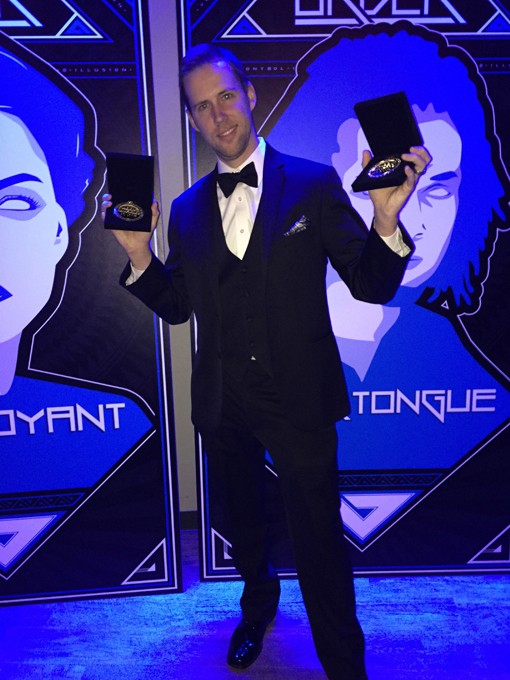 In Oklahoma City’s past, those in creative media industries like audio and film production found their opportunities in the metro stagnant at best. But like much of the city, greener pastures and opportunity have arisen and those would-be filmmakers now give their home a second glance.

One example of this fresh perspective is Blake Sullivan, a 2002 Deer Creek graduate whose initial calling did not involve cameras and lenses. While attending the University of Central Oklahoma (UCO), his ambition pointed to three routes.

“I was thinking about becoming a lawyer, a professor or a musician while at UCO,” he said.

After research, the appeal of the three careers began to wane. In an effort to occupy his creative mind, Sullivan decided to enroll in film and video production classes at Oklahoma City Community College (OCCC) in the fall of 2009. The experience, including classes taught by Gray Fredrickson, Oscar-winning producer of The Godfather trilogy and Apocalypse Now, brought his future into focus.

“I knew within the first two weeks of OCCC that this is what I wanted to do,” Sullivan said. “I realized I might be able to realistically be involved in making some cool, creative stuff and make a living at it.”

Sullivan’s initial exposure to real-world filmmaking was on the set of The Killer Inside Me, the 2010 drama starring Casey Affleck, Jessica Alba and Kate Hudson that was filmed partly in Guthrie. He served as Hudson’s assistant and then as Alba’s assistant later in production.

His first film production job was as videographer for Oklahoma City Ballet. This opportunity altered the trajectory of Sullivan’s career.

“A company out of New York decided to do a development, a prospective reality show, about the Oklahoma City Ballet,” he said.

Sullivan was hired as a field producer to create a film reel and trailer for the proposed Oklahoma City Ballet show. He was flown to New York City to help pitch the idea. Though the show was not picked up, the experience opened doors to other opportunities.

“I pretty much kept getting work, and I never came back,” he said.

He moved to New York City and kept busy for two years. He found himself in locations like Toronto, Las Vegas and Alaska as a field producer, editor, camera operator and director of photography.

While in New York City, he met his future wife Jessica. Sensing the seriousness of the relationship, Sullivan and Jessica, a Salt Lake City transplant, decided to make Oklahoma their home.

“New York is fun and great, but it is not the best place to foster a long-term relationship,” he said.

Now back home, Sullivan decided to use his knowledge and contacts to establish his own production company.

“In the last five, 10 years, Oklahoma developed enough legitimate film work force and experience,” he said. “I knew I could come back and start my own company.”

Sullivan looked to his roots to help create the foundation of the business. Zac Davis and Sullivan met at OCCC in the fall of 2009.

“Blake and I appreciated each other’s work in school and developed a friendship out of that,” said Davis.

Upon Sullivan’s return, the two worked together on documentary projects. They began receiving offers to create commercials and chose to turn full focus to advertisements.

It was during this time, in the summer of 2013, that Sullivan officially planted his flag and established Mule Train Productions.

Davis is contracted out per project and specializes in motion graphics.

Though Sullivan has plenty of experience behind a camera, he wanted someone who had cinematography in their veins and the gear to back it up.

His search led him to Shad Wyckoff, videographer and co-owner of Blind Sight Digital. Wyckoff’s career spans 19 years. His primary focus is political campaigns and commercials. He has worked in more than 40 states and overseas.

“He basically cold-called me to see if I was interested in working with him,” Wyckoff said.

He agreed and became Sullivan’s cinematographer and friend.

Wyckoff brings an arsenal of top-flight camera gear into the Mule Train fold.

“We’ve got the gear not everyone has,” said Sullivan.