The sights and sounds of a high-achieving school are immediately present when one visits Heronville Elementary School on the southwest side of Oklahoma City.

Senior citizen volunteers can be found in the hallway, busy with a big bulletin board, and the sounds of teachers instructing their classes dominate the air.

Energetic Principal Leon Hill can often be found doing what most principals do as a matter of course: talking to five people at the same time.

Hill is in his fifth year at Heronville and is seeing changes in the overall neighborhood attitude concerning the school as policies have been updated to meet the needs of children and their parents.

Heronville sits in a part of southwest OKC that has the highest percentage of students who come from homes in which Spanish is the first language.

“The first year I was here, they had graffiti all the time,” Hill said. “Since then, I’ve had no graffiti.”

He said the school is moving closer each year to what he wants it to be: the “hub of the neighborhood.”

The playground now stays open. A community garden provides vegetables to those who need them, as well as critical interaction between school staff and the people who live close by as they tend the garden together.

Hill credits Gloria Torres, a board member who was once a principal in the district and grew up speaking both Spanish and English on the south side of Oklahoma City. Hill said that Torres taught him the importance of multiple generations in Hispanic culture.

“I started seeking out grandfathers and grandmothers and started bringing them in,” he said.

Engaging grandparents, parents and children as a whole family has yielded results.

“It’s all been very positive,” Hill said. “We have to have a strong community, and I think that we do.”

During a visit to the school, one will find Delilah Juarez, one of the pre-K teachers, and her assistant busy with an attentive circle of 4-year-old students who are being instructed in Spanish. It was only their third day of school when Oklahoma Gazette visited earlier this month.

Juarez and her fellow teachers start their Spanish-speaking children in their first language. This is based on the Gómez & Gómez Dual Language Enrichment Model, which is a language education and enrichment model for teaching in schools where English is not the first language.

The Gómez & Gómez system was first developed in south Texas in 1995 for students who spoke Spanish as a first language and needed to acquire English to thrive in school. The system was recognized early as a solid concept, so much so that today, more than 700 schools in 10 states use it.

This is the second year for Heronville Elementary to use the system in its lowest grades.

Those are common goals of any pre-K room, but what’s different about Juarez’s classroom is that the students do not have to struggle with language at first. Instead, learning English is a part of the overall process of becoming comfortable with school as a whole. And it happens one word at a time.

Juarez points to their “word wall,” where the Spanish words that students know are in blue. This is so they associate the words they know by sound and the words that they write. Then, on English days, the students learn to write the same words in English.

OKCPS is the largest district in the state, with around 45,000 students in pre-K through 12th grade.

The district’s positive response to that language ratio is gaining traction as it continues to find its way through a multiple-year process of educating all students, including the ones who speak little, if any, English when they arrive.

Unlike private schools, publicly controlled neighborhood schools are required to accept and teach the students who live in their district. They can’t be shipped away to a different facility if there are any problems. The solutions have to happen in place.

“We have to embrace the children we have,” Hill said.

Torres had similar thoughts in an email response to the Gazette. 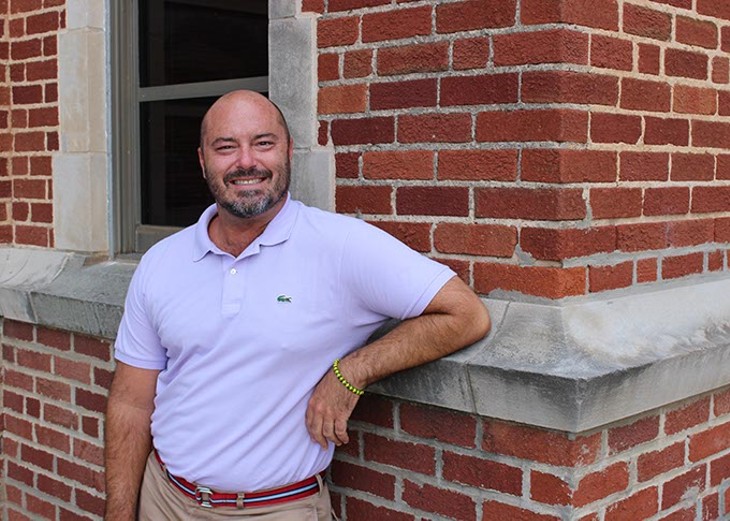 Students who come from homes in which English is not spoken generally have some English language skills anyway. Torres pointed out that almost 50 percent of OKCPS students “already have some command of a second language,” which she said is “a tremendous skill.”

Christopher Berry, director of language and cultural services for the district, said they are trying to “provide equitable access to education for [the] English language learners.”

He said that there are around 115 English language development teachers, whose role is to train classroom teachers in strategies such as the Gómez & Gómez method.