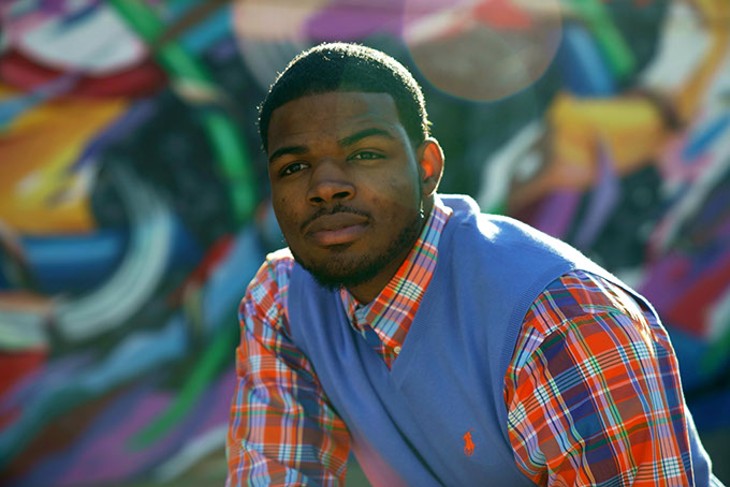 Many musicians, especially in Oklahoma, refuse to let themselves be falsely represented. One of these Oklahoma City musicians and producers is Brandon Bee. The 24-year-old hip-hop artist works at embodying his personal sense of “expressionism” in his rhymes and his style.

With his first two albums, Expressionism and Expressionism: The Defining Point, and his accompanying videos, Bee’s music demonstrates effortless rhymes with layered beats and interplay of guitar and organ. While he doesn’t shy away from foul language, at the same time, he doesn’t let it define him. With his song “Jazzy,” Bee lets listeners know that “expression is [his] confidence,” while with his latest, “10k Gold,” Bee states he “don’t do this shit for show.”

“When you listen to me, when I write a song, I’m realistic,” Bee said. “I’m not trying to live up to any stereotypes of any rap artists. I’m not trying to make music that sells on the radio or what is popular. I’m always trying to do what feels good to me.”

Bee’s approach to fashion is similar to his approach to music. His look is clean-cut, more along the lines of Russell Westbrook and Michael Bivins than Lil Jon or Jay Z. One of his first videos, “Supa Fly,” is, in a sense, a caricature of the hip-hop industry. It begins with a Mercedes Benz rolling into the frame. The door then opens with an unlikely green Nike stepping out.

“That’s always been a part of my personality since high school,” Bee said. “I’ve always worn matching shirt and shoes. It’s just the way I carry myself.”

The “10k Gold” video is his most highly noticed effort to date. At press time, the video had garnered nearly 29,000 views since its early January debut. As the video opens, Bee’s wearing small chains, a gold bomber jacket and matching shoes, a white tee and dark jeans. He lets his audience know that he’s wearing all he needs. There is no room in Bee’s rhymes or style for mimicking artists.

Bee summed up “10k Gold” by saying, “This is appearance, but at the same time, I’m still being myself.”

Yet Bee isn’t satisfied and was quite candid with Oklahoma Gazette about OKC’s hip-hop scene. Although he wants to be his own man, he is willing to walk the precarious line between art and business. He said he doesn’t want to live outside the city but would like others in the area to understand that hip-hop isn’t just an art form.

“Rap is actually a business,” Bee said. “People look at it like it’s a dream or something that people want to be because of the hype or popularity. I don’t think [Oklahoma City] is a good scene because I haven’t seen anyone actually make a business out of it.”

In the meantime, the musician works at building up his music that might, in turn, create a better local music community. In this respect, he can make hip-hop his own.

“I would call it clean, but it’s still cool and has a good vibe to it,” Bee said about his brand of hip-hop. “It’s not going to be your typical rap.”