With the start of construction on luxury condominiums, townhomes, apartments, flats and single-family homes all in Oklahoma City’s downtown and surrounding districts — including Midtown, Automobile Alley, Bricktown, Film Row and Deep Deuce — the city’s real estate market is at a major turning point.

While living downtown has long been an option — Regency Tower welcomed its first residents in 1967, and Sycamore Square Condominiums broke ground in the 1980s — it received a reboot over the last decade as a younger generation solidified demand for new residences in up-and-coming urban commercial districts. Developers erected urban housing, although most were rentals.

Downtown living, along with living in the city’s urban core, has become increasingly desirable among people of all ages. The next wave of residential development features properties and development for sale bringing new potential buyers to the area, attracted by the quality of life, convenience, activity, proximity and lifestyle.

“What’s great right now is that there are options for true urban living without sacrificing quality, space, comfort and design,” said Sarah Bytyqi, founder of Verbode, a residential real estate company focused on property in the urban core and inner historic neighborhoods since 2011. “When the idea of urban living was being pioneered, the options were pretty limited. But now, we have everything from starter-level, entry-condos — we have a condo listed right now for $129,000 in downtown — all the way up to million-dollar luxury. We’ve bridged the gap, but we’ve just now done it. … We can serve every price point; we can serve every need, even custom construction.” 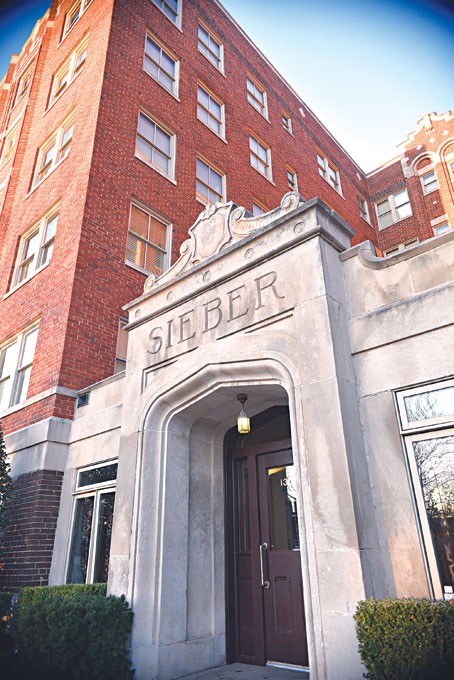 Oklahoma City has become what many cities of its size want to be. It’s brimming with striking developments downtown and in surrounding commercial districts. It’s welcoming to millennials with jobs, housing, amenities and activities. It’s opportunity-filled for those seeking to be plugged into the community.

Residential living is part of the transformation of Oklahoma City’s urban core. While the city has invested nearly $1 billion into capital projects that gave life to downtown’s warehouse district, a once-dry riverbed, a downtown elementary school, parks, public spaces, streets and more, private investors followed with a mix of rehabilitating old buildings into housing and the construction of new ones. The results are a residential boom in the urban core.

At February’s meeting of the City of Oklahoma City’s Downtown Review Committee, the panel authorized redevelopment of the historic Villa Teresa campus in Midtown, turning the former Catholic school into a $30 million mix-use property with 11 condos, 10 townhomes, six flats and a boutique hotel. The committee also endorsed a plan to build six single-family homes along NE Seventh Street in Automobile Alley and a six-unit condominium building just a few blocks away from John Rex Charter Elementary School in Film Row. A month earlier, at the January meeting, the committee backed the 701 Hudson, a five-story luxury condo property now under construction downtown, and The Bower at 4th and Lee, a 36-unit mix of townhomes and condominiums.

It’s only going to get better, or at least that’s the theory of Progressive Urban Management Associates (PUMA). The Denver-based community development consulting firm is working closely with Downtown OKC Inc. on its next strategic plan. At a mid-January luncheon, PUMA president Bradley Segal told a packed crowd of developers and community leaders, “Trends are converging to support downtowns.” More specifically, Segal added, downtowns in second-tier cities like Oklahoma City are having their moment.

It’s the movement of millennials into smaller cities drawn by affordability and lifestyle, while at the same time Gen Z is emerging and attracted to urban places. Unlike the generations before them who sought out the suburbs, these generations are favoring urban living, Segal said of findings from PUMA’s 2017 Global Trends Report.

“People are returning home to second-tier cities to get plugged into communities and be agents of change,” he said. 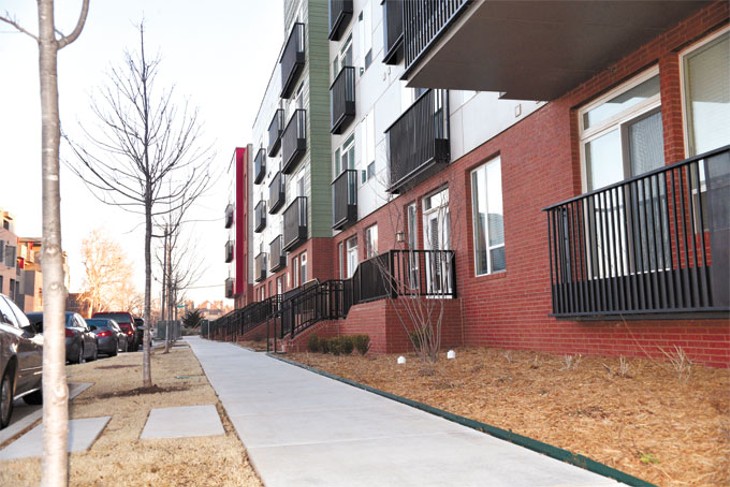 Downtown and its surrounding neighborhoods have momentum. In recent years, Bytyqi and Verbode sales agents have noted attitudes shifting as homebuyers focused less on the suburbs and more on downtown and the urban core.

“People are buying a lifestyle more than just a piece of property or a piece of real estate,” Bytyqi said. “Along with the property comes more to do. You can walk or bike. You are surrounded by local eateries and bars. People are gravitating to that lifestyle, and they want to be closer to where they want to be.”

Jessica Thompson, a realtor with Loxwood Real Estate who focuses on properties in the up-and-coming Classen Ten Penn neighborhood, hears from buyers saying they “want to live in the Plaza District.”

Commercial districts, like 16th Street Plaza District, Uptown 23rd, The Paseo Arts District or Midtown, might draw potential homebuyers to an area, but it’s the sense of community in the urban neighborhoods that keeps them looking for the right property, Thompson said.

“People love the front porches and the common areas in these urban neighborhoods that bring friends and neighbors together,” Thompson said. “With nearby commercial districts, we’ve created places where people can meet and gather together.”

Indeed, the neighborly feel of downtown and its urban neighborhoods is easily spotted, Bytyqi said.

“What I see in the neighborhoods is both young and old revitalizing the area, building relationships and strengthening their neighborhood alliances,” Bytyqi said. “I see people out walking their dogs or riding their bikes. Really, it goes back to the way a neighborhood was designed to be. They are neighborly. We are seeing that in the downtown market too. The more people that come, the more neighborly an area feels.”

The urban lifestyle is also combined with an intimate feeling in Automobile Alley, said Jess Wedel, who moved into her apartment two years ago.

“It is a little neighborhood,” Wedel said. “Being able to get out on a Sunday afternoon, walk to a coffee shop, walk up to Midtown, where shops are open and people are walking their dogs, that’s my favorite part. You feel connected.