We wake up every day depending on the sun, as humans have done for centuries. We need the sun. Its light, warmth and gravity are paramount to all of Earth’s existence. Yet, because few things seem as certain as a sunrise on the eastern horizon, we often take the star for granted. We grow accustomed to its presence, conveniently forgetting that the absence of its immense power would quickly end us all.

In a similar way, human life can seem bound to the unfathomable might of love. We can grow comfortable and complacent in its presence but are left trembling in its wake.

An understanding of this metaphor is key to grasping the conceptual meaning of Oklahoma City-based Haniwa’s cryptic new album Violent Sun. But it also is not necessary for finding pleasure in the indie synthpop release.

Violent Sun is at times delicate and at others loud and abrasive. There is a lot to unpack and dissect lyrically and sonically. That is a compliment and a testament to the band’s talented roster, whichincludes guitarist and vocalist Shirley Sanders, keyboardist and vocalist Dylan Walling, guitarist Shawn Stafford, bassist Tyco Holloway and drummer Jake Jones.

The 11-song album leads off with “You Brute,” a hectic blur of guitars and vivid, disturbing lyrical imagery.

“Honey’s dripping from an angel’s backside,” Sanders and Walling sing. “I lap it up as it starts to pool.” 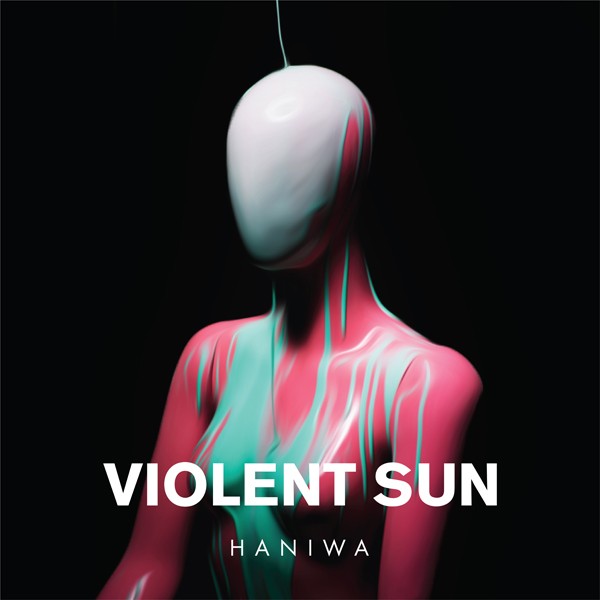 The opening tune underscores the central idea that choosing to become an active participant in love is to open oneself up to potential hurt. But the promise of finding joy again keeps us going. Love’s cycle is both comforting and cruel.

“You grab my cheeks and force me towards the sunrise,” the song’s lyrics go. “That violent Sun you say is all for me. You brute.”

“Feels,” which forms a pretty blend of keys and guitar riffs made only more effective by Sander’s angelic voice, is a song that touches on inner struggle and one’s complex relationship with their own emotional duplicity. It’s the album’s most recognizable jam and a song the band will likely be playing for a long time to come.

For those who enjoy the nitty gritty work of sitting with a song for several listens and picking over its many levels of meaning, “Dodecahedron” is a gem. The song builds up to a loud and chaotic but beautiful mesh of everything the band the band has to offer, as if the Aurora Borealis was an auditory experience.

A personal favorite moment on the album is the pairing of songs “White Tower” and “Bone Flute.” The former features a steady beat over near-chanting from the group’s vocalists to form Violent Sun’s most evocative track. The song is the perfect segue into energetic “Bone Flute.”

The album’s fantastical imagery is splendid but might prove to be a challenging listen for some audiences. The skeptical should keep in mind that a perfect grasp of exactly what is being said is not as important here as how it is being said or how those words dwell within the band’s well crafted sonic landscape. And Haniwa has made Violent Sun an idyllic home for those words.