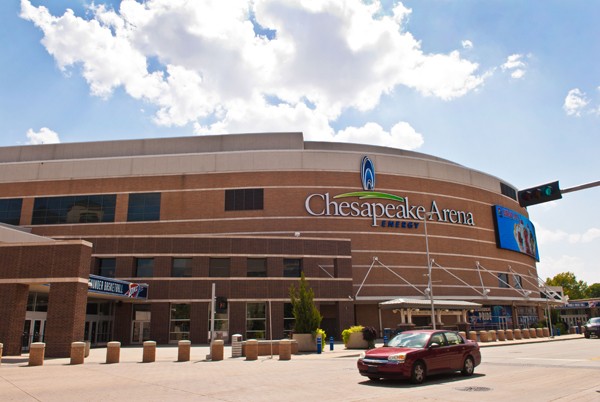 Steve McGehee travels a lot. As a sports reporter with KWTV, he has been to many cities across the country following the Oklahoma City Thunder and University of Oklahoma Sooners.

But McGehee said a recent California trip will go into the record books as his worst rideshare service experience. He walked down Oakland streets to find his driver, who, according to McGehee, had no clue where he was.

This sort of scenario is the reason the Oklahoma City Thunder joined Uber to create a pick-up and drop-off lot for Thunder fans using Uber to travel to and from basketball games at Chesapeake Energy Arena.

“The main thing is to provide our fans with an easy way to and from the games,” said Dan Mahoney, Thunder vice president of broadcasting and corporate communications. “We have quite a bit of construction going on downtown, which will make downtown a lot better. But in the short term, it does cause some congestion and delays.”

The Uber lot is located at SW Second Street and S. Harvey Avenue. Mahoney said he doesn’t know if any other NBA franchises offer the same type of service. But he has seen Uber start to integrate itself into sports franchises in similar ways.

Thunder fan Blake Hooper is an avid Uber user because it is so easy. He has used the rideshare more than 200 times on business trips around the country as well as in OKC.

Hooper sees the Thunder joining forces with Uber as a win for the team, the two businesses and fans.

“This eliminates any confusion and delays the rider may experience as a result of the driver not having access to pick-up/drop-off spots for hot sporting events,” Hooper explained. “This also created a static pick-up location where riders and drivers alike know exactly where to meet.”

Lauren Gemar, who works in Oklahoma City, said she uses Uber for most of her daily trips around the city and to Thunder games. However, she is not as excited about the new lot.

“I personally haven’t experienced this yet, but it seems like a designated lot might cause unnecessary congestion, depending on the location and ride volume,” Gemar said. “It doesn’t sound like an appealing idea to me, but it still outweighs the costs of driving myself and ultimately wouldn’t affect my decision to Uber.”

“I believe it’s a hassle-free, safe and cost-effective way to travel,” Hooper said. “Paying $10-$20 to park and walk to the stadium is not only expensive, but it’s time-consuming and often results in major delays leaving a game.”

Mahoney also doesn’t see any downside to the new lot.

“We are all about doing what we can for our fans,” Mahoney said. “We are so thankful for the support we get. Anything we can do to make the experience better, we do. This is certainly an example of that.”

Visit uber.com/info/thunder. First-time riders can enjoy a free ride up to $20 by using the code THUNDER1617 after they sign up.

Print headline: Rumble road, Uber and Thunder partner to make traveling to and from games easier.