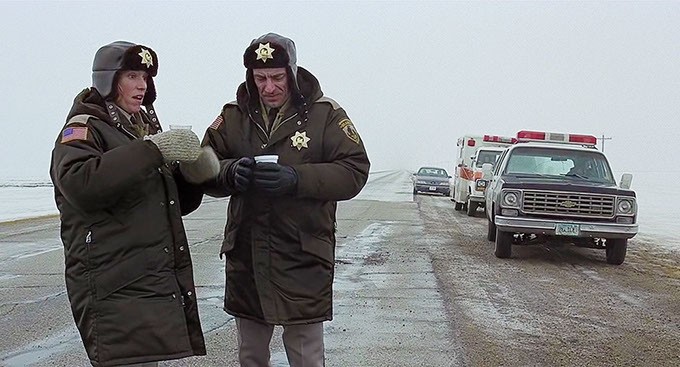 Few films have managed to define a specific population of people quite like Fargo, whether the “Minnesota nice” practitioners of the Upper Midwest like it or not. Renowned brotherly auteur duo Joel and Ethan Coen made the regional accent, mannerisms and endearing passivity globally recognizable after their movie debuted at Cannes Film Festival in 1996.

Michael Anderson, Oklahoma City Museum of Art director of curatorial affairs and a Minnesota native, said of all the movies the Coens put together, Fargo always hits home.

“It came out when I was in high school; it’s definitely the one that’s the closest to my own experience and my history,” Anderson said. “I’m very much from the same culture that they’re talking about in that film.”

The idea for the themed summer screenings came from the announcement that Criterion Collection home video distribution company will issue specially restored DVD and Blu-ray editions of Blood Simple., the brothers’ 1984 feature-length directorial debut, in September.

Anderson said it has been a while since the museum has shown any Coen works, so he decided this is a good time to highlight the brothers’ approach to the film noir genre through the years.

Film noir is the term used to describe movies made in the 1940s and ’50s that were visually and tonally dark and utilized now-classic tropes like street-savvy detectives and femme fatales.

The curator admitted it is a concept that could apply to almost any movie the two have made. Picking their best examples is a bit like choosing the sweetest candy on the checkout rack.

“We decided to pick and choose three different variations they did on film noir,” he said.

Blood Simple. is a straightforward neo-noir, a modern-era tribute to black-and-white 1940s classics like Double Indemnity and The Postman Always Rings Twice.

The Big Lebowski also adapts many benchmark qualities of the ’40s-style narrative, but to a decidedly more comedic effect. As in many noir staples, the protagonist by chance finds his way into a perilous plot involving a foreboding financier. But instead of a fedora-wearing Humphrey Bogart, the Coens give viewers The Dude, a spaced-out Jeff Bridges in a bathrobe.

Anderson called Fargo an example of film blanc storytelling. Film blanc is French for “white film,” the counter to film noir, or “black film.” Fargo’s endlessly white snowscapes might be enough to justify the label, but its comedic tone and take on Midwestern optimism strengthen the argument, despite the graphic violence it depicts.

The Coens, while universally lauded for an oeuvre that includes Raising Arizona (1987) and No Country for Old Men (2007), are considered relatively young in a historical context.

Anderson said their best project might still be in front of them — and hopefully so.

“They’re very much Baby Boomer filmmakers,” Anderson said, “filmmakers that are staunchly framed in the context of classical Hollywood.”

The brothers grew up at a time much of classic Hollywood still played on television. Anderson said they pay clear tribute to these styles while also reinventing them. Signature existential strains and Judaic qualities can be found in many of their works. Anderson said their latest film, Hail, Caesar!, released in February, is an important project because it shows the influences of their previous features.

Anderson said it is likely that the museum’s Blood Simple. screening will be the first opportunity for many fans to see the movie on a big screen. Particularly resourceful guests can utilize the museum theater bar to order a White Russian — The Dude’s cocktail of choice — for the Big Lebowski viewing.

The museum’s selection is so key to the Coen filmography that the screenings could also be used for new viewers to get acquainted with the directors’ work.

“You have comedy, you have a pretty violent drama and then you have something like Fargo that mixes the two,” Anderson said. “I think it really gives you a sense of their career arc.”