OKC's iconic Church of Tomorrow and surrounding land for sale 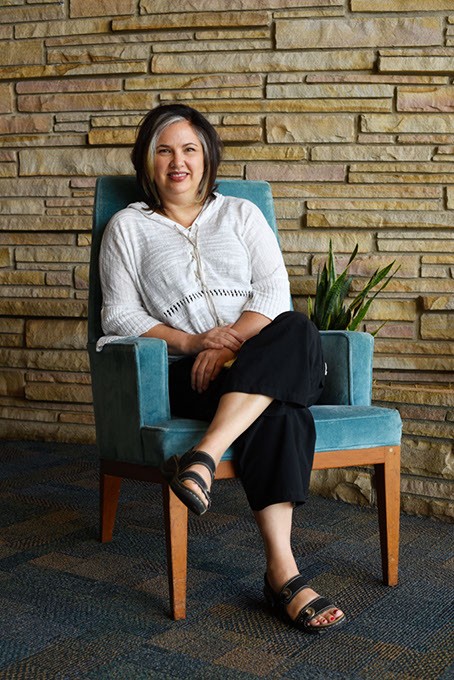 The First Christian Church (Disciples of Christ) structure, with its iconic concrete domed sanctuary, is a behemoth of a building located on more than 30 acres at the edge of Oklahoma City’s Crown Heights and Edgemere Heights neighborhoods.

Sixty years ago this week, people filled the pews for Rev. Bill Alexander’s inaugural sermon in the “Church of Tomorrow.” The energetic preacher, who believed his parish should be more than a house of Sunday morning worship, put in motion the mission to serve the greater community by building a modern and ambitious campus at the corner of NW 36th Street and N. Walker Avenue.

For more than half a century, First Christian Church, besides being a community of faith and idol of midcentury modern architecture, with its rounded theater sanctuary, education building, amphitheater and Jewel Box Theatre, has been a community gathering spot. Youth programs, arts groups, nonprofit organizations, disaster relief programs and others found a welcoming home at First Christian Church, which earler this year was renamed Restoration Church at the Dome.

Its domed sanctuary has long been popular with architecture and design enthusiasts, even as much of Oklahoma City’s midcentury modern architecture has succumbed to redevelopment and demolition. In May, Okie Mod Squad, a group of midcentury architecture lovers, celebrated the church and other metro architectural jewels during its inaugural Oklahoma Modernism Weekend.

Earlier this month, a commercial real estate firm erected a large “for sale” sign on the property after the congregation voted to sell the property. The church, while it continues to serve the community, is a much smaller congregation than the one that ushered in the “Church of Tomorrow” in 1956.

Now, the future of one of Oklahoma City’s most well-known buildings, a community landmark, hangs in the balance.

The property spans 31.8 acres and includes the church building, Jewel Box Theatre, Trinity School and an office building currently utilized by Oklahoma Disciples Foundation. The listing price is $8.2 million for the “development land for sale,” according to the Price Edwards and Company sales listing.

It hasn’t been easy for the congregation to see the “for sale” sign, longtime parishioner Michelle Jenkins told Oklahoma Gazette.

The church traces its roots back to the Oklahoma Land Run, followed by worshipping in downtown Oklahoma City for decades. In the 1940s, when Alexander led the church, he envisioned a church with an expansive campus for plenty of activities for youth and families.

Nearly a decade before the first service in the Church of Tomorrow, parishioners and neighbors gathered in the 3,500-seat amphitheater for Sunday-evening Edgemere Under the Stars worship services and Friday-evening Twilight Time music events. Since the church’s inception, the goal has always been “a church with a heart and a message of sharing God’s love,” Jenkins said.

There is perhaps no better place to view midcentury modern architecture than Oklahoma City, where homes, office buildings, churches and dwellings epitomize the forward-looking styles and far-fetched characteristics popularized between the end of World War II and 1970.

Founded in 2009, Okie Mod Squad began as a group where friends and fans of midcentury architecture, art and design connected to promote and preserve the architectural style, including the First Christian Church building, one of the first to use thin-shell concrete in its design.

“Oklahoma City is blessed to have a lot of great midcentury architecture,” said Okie Mod Squad cofounder Lynne Rostochil. “First Christian Church is definitely the pinnacle. There is no building like that in the world, and it’s right here in Oklahoma City.”

Every building has a story to tell, especially First Christian Church, and it’s imperative to know its history, said Rostochil, who is the granddaughter of church architect R. Duane Conner.

“Back then, thin-shell concrete was still in development phase,” Rostochil said. “That building was a risk; everyone thought it would fall down. The fact that it is still standing strong 60 years later speaks to the design of the church as well as the experiment with the different types of materials.”

Indeed, local developers have considered the adaptive reuse potential of many midcentury buildings, such as Gold Dome at NW 23rd Street and Classen Boulevard, which Colorado-based organic grocery chain Natural Grocers purchased and plans to transform into a food market. Okie Mod Squad hopes for a similar positive outcome for First Christian Church.

“We have extraordinary buildings that set us apart from other cities,” Rostochil said. “I like the idea of us looking individual and unique — not like every other city. The way to do that is continuing to preserve our architectural heritage.”

Print headline: Plans ahead, Oklahoma City midcentury architectural marvel and “Church of Tomorrow,” along with more than 30 acres of property surrounding it, is for sale.