Just two years ago, the Oklahoma City Council was debating an ordinance to make it a crime to stand, sit or stay on medians at busy intersections. First proposed as an ordinance to crack down on soliciting, or panhandling, the ordinance was later drafted as a median safety ordinance and billed as a safety issue for both pedestrians and drivers.

While the ordinance found favor with some residents and ultimately a majority of the council, the plan also drew backlash from members of the community saying it undermined the neediest and violated free speech protections. Months after the city council passed the law 7-2, a federal lawsuit was filed challenging the constitutionality of the local ordinance.

City officials argued against the “anti-panhandling” label placed on the legislation by objectors. The passed ordinance didn’t mention panhandlers. Further, those who wished to panhandle in city limits could but must do so on the side of the street or at the few medians exempted from the law.

For a period of 22 months, it was illegal to stand, sit or stay on medians less than 30 feet wide when within 200 feet of an intersection. The law exempted medians wider than 30 feet or ones that featured benches, gazebos, park equipment or trails.

That all changed on Nov. 7 when the council approved an emergency amendment to the median safety ordinance, striking reference to median width and location but adding language recognizing national studies correlating high vehicle speeds with fatal injuries to pedestrians. The major change centered on allowing standing, sitting or staying on certain medians located in areas where the speed limits are less than 40 mph.

According to city records, anyone — from panhandlers and youth soccer players to firefighters and missionaries — can legally stand, sit or stay in 103 Oklahoma City medians. The intersection at NW 23rd Street and Pennsylvania Avenue, which was repeatedly cited as a heavy panhandler area during public debate of the ordinance in 2015, is one of the medians exempt under the change.

The ordinance’s change was recommended by the municipal counselor’s office and first introduced to the council on Oct. 24 by attorney Amanda Carpenter.

Before Carpenter introduced the change, which shifted the law from the size of median to speed limit, she reiterated the city’s view on medians, which are traffic safety devices.

“There have been some concerns that our current median safety ordinance is not allowing enough medians to be available for people to express whatever activity they would like,” Carpenter told the council. “As with any ordinance that goes into effect, there is a time period for review and clarification. In this situation, we conducted more study and research to determine what is the highest risk to pedestrians that sit, stand or stay longer periods than just crossing the street.” 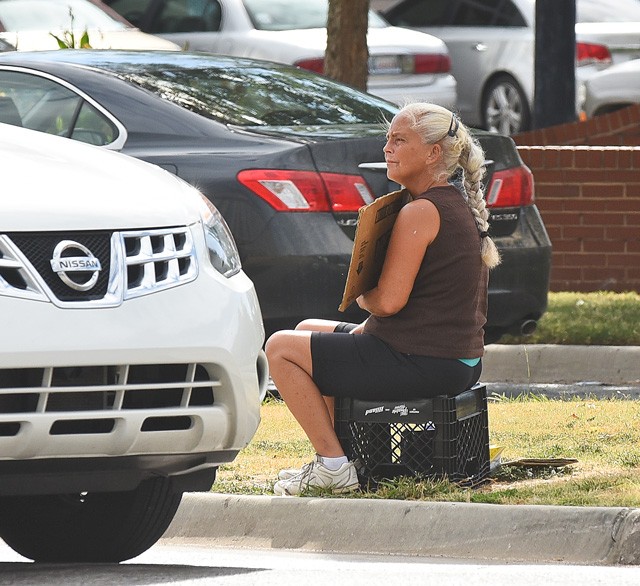 About nineteen months ago, four months after the ordinance took effect, American Civil Liberties Union of Oklahoma, Legal Aid Services of Oklahoma and a University of Oklahoma College of Law professor filed a federal lawsuit seeking to overturn the ordinance.

Filed on behalf of a magazine vendor, political activists, runners and journalists in U.S. District Court for the Western District of Oklahoma, attorneys for the plaintiffs wrote that “the ordinance is a sweeping ban on free speech, liberty and equality” and violates the First and 14th amendments in McGraw et al v. City of Oklahoma City.

“It creates a very real First Amendment free speech concern,” Brady Henderson, ACLU legal director, told Oklahoma Gazette about the original ordinance. “It is targeting certain people based on their viewpoint. In this case, someone’s speech is about their own financial condition and needs.”

The case is currently in the discovery process. After the council approved the ordinance change, the ACLU filed a “motion for leave to amend complaint,” stating additional facts and information about the case had come to light. In the latest proceedings, the plaintiff’s attorneys argued the “revised ordinance suffers similar constitutional failings as the original ordinance.

“The First Amendment concerns are all very much still alive,” Henderson said. “One of the phrases I’ve used before to describe this is a step sideways. It doesn’t necessarily make things worse. It doesn’t necessarily make things better. The First Amendment problems are still there. The impact is slightly different because different medians are impacted.”

In addition, the ACLU took issue with the city’s municipal counselor’s office suggesting revisions to the median safety ordinance after more than 18 months in law and about two months before the close of discovery. The defendants, the city, can file a response to the motion on or before Friday.

Prior to the recent round of proceedings, the case was scheduled for a trial docket in spring.

City spokeswoman Kristy Yager was unable to comment on the lawsuit because of legal issues.