#okcstrong 20 things to know now, 20 years after the bombing

The April 19, 1995, attack on the Alfred P. Murrah Federal Building was a defining moment in our city’s history, and this year marks its 20th anniversary. Each year, its survivors and victims are commemorated, and this week, a series of memorials, events and productions pay tribute to the men, women and children who lost their lives.

Here are 20 storylines, quotes, numbers and events to consider. 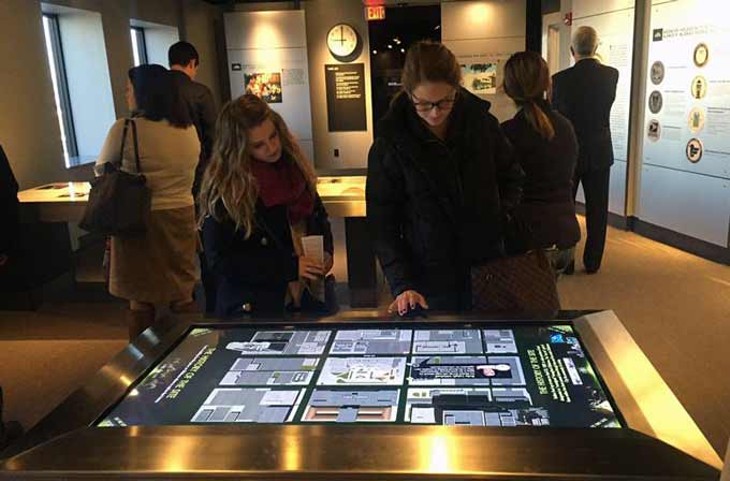 The Oklahoma City National Memorial and Museum underwent a $7 million renovation over the past year to update it with new artifacts and technology.

“The story [of the attack] is so expanded now with the telling of the trial, and we have so much more material than when the museum originally opened,” OKC Councilwoman Meg Salyer said about her recent visit to the site.

Debra Davis was teaching in her classroom at Northwest Classen High School when she felt the blast of the truck bomb. Twenty years later, she is teaching the details of that day to students who were not alive when the attack occurred.

“On the 19th of April every year, I introduce the subject to my [ninth-grade] history class, and I will do the same next week,” Davis said. “The students also have to do a history project, and most of them end up choosing to do it on the bombing.”

While it is a significant event for many state residents, a new generation is growing up with little knowledge or context of what took place so close to their own homes.

“When we built the museum a dozen years ago, we talked philosophically about the fact that someday, there will be kids that weren’t alive and wouldn’t know this story,” said Kari Watkins, executive director of the Oklahoma City National Memorial & Museum. “Fast-forward and we are there.”

The bombing and its aftermath is an important chapter in American history, but for kids growing up here, it can be a deeply personal subject of study.

“When they come into class, my students know that it happened, but they don’t know the number of lives lost, they don’t know [about] the person who was accused of the crime and the details,” Davis said. “When I tell them I was in this class and could feel it, it becomes real to them.”

Sam Presti, Oklahoma City Thunder general manager, recently asked the community to honor the “Oklahoma Standard,” a belief in local values that were exemplified in recovery efforts after the bombing.

Presti said the campaign pledge is a commitment to perform one act of service, one act of honor and one act of kindness. Presti also is a trustee for the Oklahoma City National Memorial & Museum. Learn more at okstandard.org. 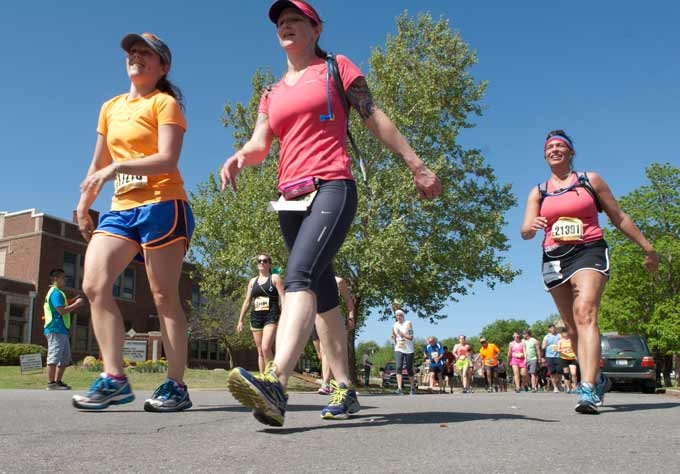 The Oklahoma City Memorial Marathon is consistently rated as one of the nation’s top marathons. The April 26 event draws amateurs and world-class professionals to the course, which winds through downtown and the city’s tree-lined neighborhoods. The event also includes a half marathon, a marathon relay, a 5k race and a kids marathon.

Following the terrorist bombing, the city became a focus for national security officials as they prepared for the possibility of another attack. This week, Oklahoma City University School of Law hosts The National Summit on Homeland Security Law. It runs Friday-Monday and explores the bombing investigation and trial. It also features forums on current terrorism threats. 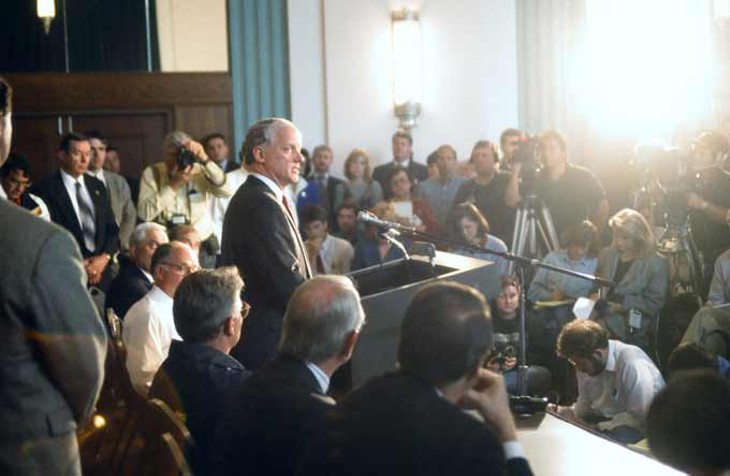 “Oklahoma has earned its place in American folklore as cowboy-tough and proudly self-reliant … In this madness, they have elevated us all with their essential sense of goodness, community and compassion.” — Tom Brokaw, 1995, NBC Nightly News

“You have lost too much, but you have not lost everything. And you have certainly not lost America, for we will stand with you.” — President Bill Clinton, 1995, Oklahoma City speech

“Sometimes I do wish this hadn’t happened to me, but then I think about all the things I’ve gotten to do.” — P.J. Allen, federal building daycare survivor, 2005, The Dallas Morning News

‘’I thought the whole building was coming down on us. I didn’t know if we were going to get out.” — Cynthia Lou Klaver, in building across the street, 1995, Associated Press

9:02 a.m.: The time at which the truck bomb parked outside the federal building detonated. 168: The number of lives that were lost, including 19 children. 650: Around 650 people were injured in the explosion. 33: The number of state and federal agencies impacted by the attack. 12,000: The number of volunteers and emergency personnel who reported to aid recovery efforts at the bombsite. 28,000: The number of Federal Bureau of Investigation interviews conducted during its investigation. 11: The number of counts upheld against Timothy McVeigh for the terrorist act. In 2001, he was executed via lethal injection at the Federal Correctional Complex in Terre Haute, Indiana. 1997: The year the Oklahoma City National Memorial opened on the site of the former federal building. The museum opened five years later.