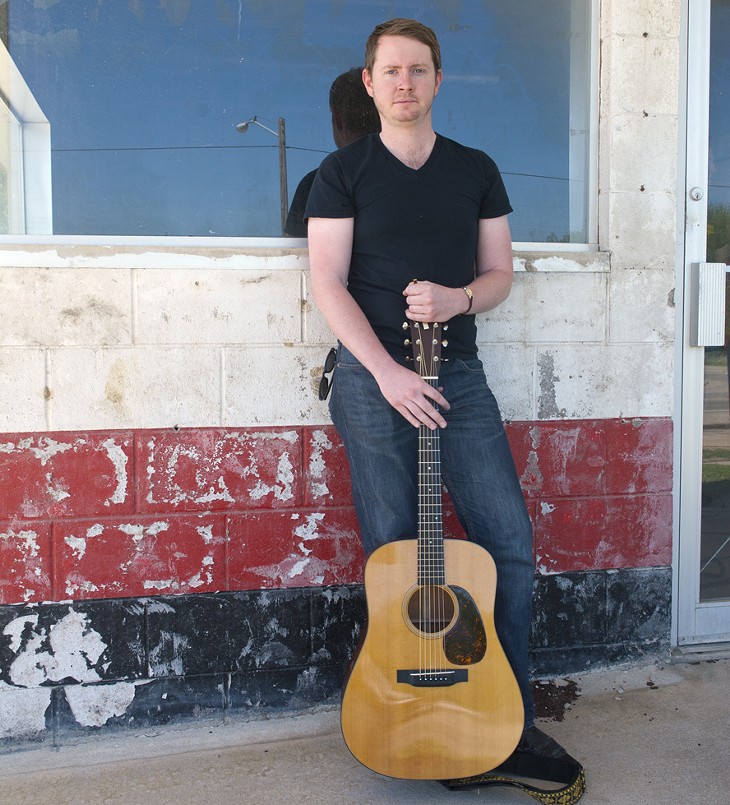 John Fullbright isn’t supposed to be here. Not yet.

How far he has gone in such a short amount of time, well, it’s beyond the wildest dreams of a small-town kid from Oklahoma. This is damn near fantasy, and it’s fast becoming his reality.

Fullbright is a 26-year-old, Grammy- nominated singer-songwriter setting the national folk scene on fire. He is championed by the likes of NPR and compared favorably to Neil Young and Joni Mitchell by publications like American Songwriter, all on the heels of his first true studio album, From the Ground Up.

He has arrived, in every sense of the word, well before the departure date he had in his head. And for a lesser musician, for a lesser man, it would be too much.

His ego should be at critical mass. He should have ditched his native Okemah for brighter lights in Nashville and sold his soul to the devil, focused on everything but the music.

He may well be the future of folk and Americana, and he is being adorned as such by tastemakers and critics alike. But Fullbright doesn’t know much about all that, instead content to finish his new album, Songs, from his quaint home, scoffing at the very notion of being the next Young, Woody Guthrie or Townes Van Zandt.

“Praise is nice, it’s flattering. But I don’t absorb it, really. I’m not done,” Fullbright said. “I’ve got a million miles to go before I can even shine the shoes of those lofty names.”

So much has happened and is happening, but in his humble mind, the bio reads the very same: His name is John Fullbright, and he writes songs. 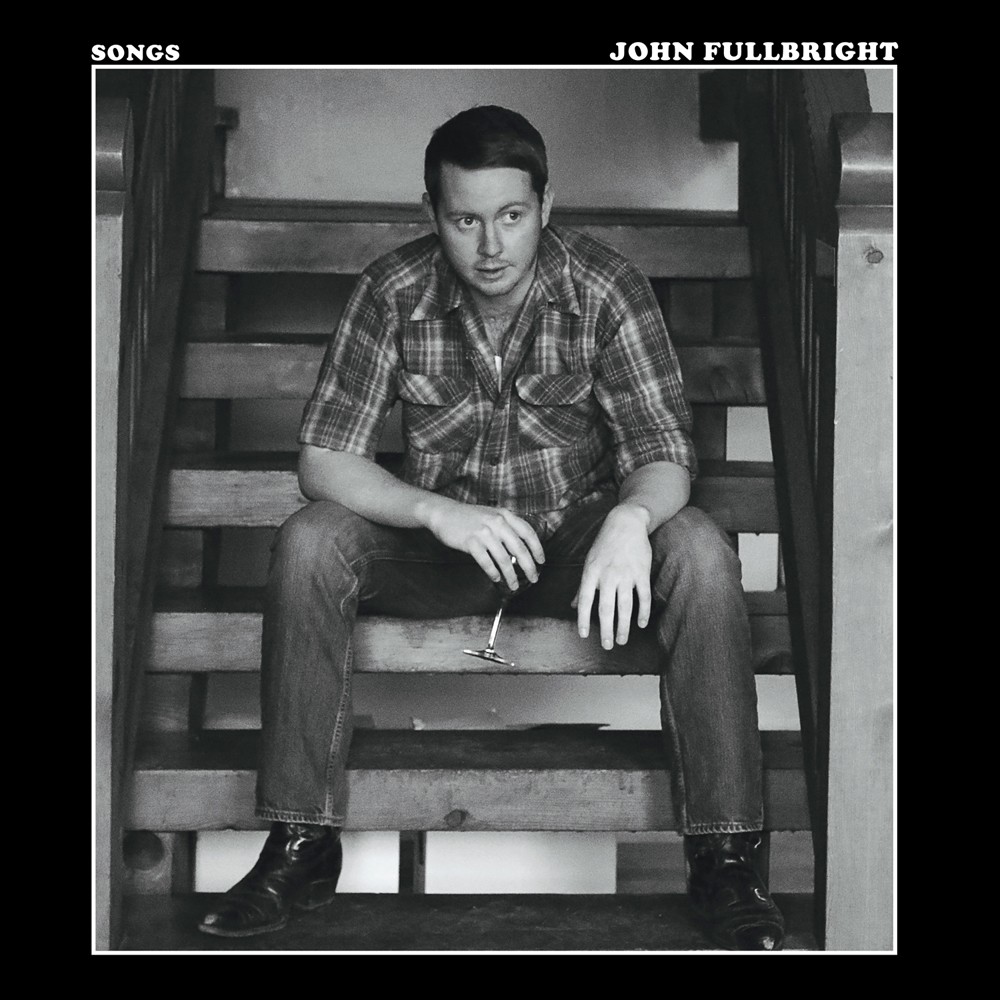 There’s no shortage of emotions an artist goes through upon hearing news they have been nominated for a Grammy, a career highlight for even the most hardened performers. There’s shock, elation, relief, astonishment.

For Fullbright, it was fear.

“My gut reaction was, ‘Do I have to go? Do I have to dress up? I don’t have clothes for something like that,’” he said. “We call it The Great Grammy Scare of 2013 because it wasn’t supposed to happen that soon.”

But it did, and in the minds of many, deservedly so.

The names he was announced alongside for Best Americana Album — winner Bonnie Raitt, The Avett Brothers, The Lumineers and Mumford & Sons — are some of the most revered and popular names in modern music, and Fullbright was slotted right in the thick of them.

“It puts wind in your sails, but it also makes your sails bigger and the harder it is to control,” he said. “At least I didn’t win. Thank God.”

If not yet understanding the hows and whys of his Grammy nod, he does feel validation to a certain degree, as though that instrument strapped to his shoulder isn’t just for show anymore.

“I can walk around with a guitar and be confident in someone asking me what I do with that thing and answering, ‘I write songs,’” Fullbright said.

And that is all he cares much about. A quick stint in college was cut short when Fullbright realized that music was the only way he was going to be able to live happily.

He played with Red Dirt legend Mike McClure and early on with lauded Oklahoma country rock outfit Turnpike Troubadours before striking out on a solo career, making a name for himself with some awe-inspiring turns at the Woody Guthrie Folk Festival in his hometown and singer-songwriter haven The Blue Door in Oklahoma City.

There wasn’t much formal training beyond some piano lessons in his youth; instead, he cut his teeth onstage and back home with a crate of classic records.

“I started out and just wanted to write well, and I went to my own school,” Fullbright said. “I listened to the Joni Mitchells and Leonard Cohens and Townes Van Zandts, and it was just about how I could do what they were doing with a pen.”

For all the places a songwriter can take his work, Fullbright was always drawn to the songs that encapsulate the human experience. He appreciates complexity but strives for simplicity, creating universal, graspable moments that don’t dumb down his wit for mass consumption.

That was the mark that made From the Ground Up the critical success it was; songs like “Gawd Above” and “Jericho” found the good ol’ Oklahoma boy creating pieces of art that bleed well across national — even international — borders.

I’ve done that, and I’ve been there’? Something that connects with a lot of people — that’s what I’m looking for.”

Sometimes it’s hard to tell when to push and when to pull.

Lots of sophomore albums struggle with the expectations a hotshot debut like From the Ground Up brings along, and Fullbright is ready to admit the pressure was there, if mostly “self- contained” and of his own creation.

His gut told him to make the new album his biggest, most produced work to date, following up the right hook that was his debut with a gut punch.

But maybe Fullbright’s real promise is shown in what he did instead, which is just the opposite; despite what everything in his head was telling him going in, he stripped down the songs and let them live and grow on their own accord.

“I hate to use the word serendipitous, but you can feel when it’s working,” Fullbright said. “When a song is going where it needs to be, it tells you. You’ve just got to be willing to listen.”

Fullbright is quick to acknowledge it’s a slow-burning record — a knife, not a hand grenade. But there’s a maturity in the faith he carries, letting the songs speak for themselves. It’s a sentiment that followed through with the title Songs itself.

“I can sit around and try and think about something that’s poetic and has a double meaning, but that’s not what I do. That’s not the point. I wouldn’t be where I’m at if I didn’t focus purely on the craft of what I do, and that gets so lost in image, the clothes you wear and the influences you have,” he said. “Eliminate all that from your thought immediately, and just listen to John Fullbright playing songs that he wrote.”

Celebrating the album’s release with Saturday’s show at UCO’s Mitchell Hall Theater, Fullbright is learning the ropes of becoming as much an entertainer as songwriter, though his performances are true to the man behind the mic: sincere, powerful, witty and the furthest thing from flashy. He’s not Garth Brooks in Central Park, but he might happily go there if that’s where his songs wanted him to go.

The world is impossible to control, spinning again the second you think you found your footing, the paths twisting ahead and closing behind. It’s frightening, bewildering and enthralling all at once, and there’s no point in trying to make sense of it or dictate the future, either.

Fullbright doesn’t pretend to understand why he has been proclaimed as one of the torchbearers of modern folk music, but he knows it’s his songs that got him here. And he’s content to let them lead the way from here, too.