Sure, notable lovers of peace, like Mohandas Gandhi and Punk’d star Dax Shepard don’t eat meat, but did you know the Hulk is a vegetarian? (You don’t get that green without lots of kale.)

Bust those stereotypes. Not all vegetarians are hippies. Sure, notable lovers of peace, like Mohandas Gandhi and Punk’d star Dax Shepard don’t eat meat, but did you know the Hulk is a vegetarian? (You don’t get that green without lots of kale.) Rob Zombie might love gore, but he doesn’t love eating animal flesh. So if stereotypes make you angry, well, don’t get angry. Just eat vegan and vegetarian finds that are all the rage.

— by Greg Elwell, photos by Garett Fisbeck and Mark Hancock

Easy, vegetarians. Don’t lose your tempeh. But if you do, you’ll be happy to know that The Earth has some delicious tacos to help you refill your crucial tempeh stores. You’ll be singing “Soy to the World” in no time. 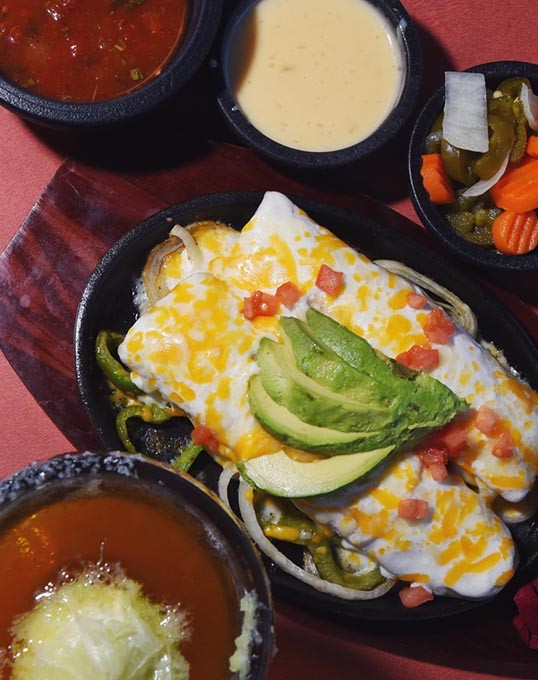 Nursing your wounds after the latest evening spent at vegetarian fight club, where the first rule is ‘Don’t talk about how much you miss bacon’? Then soothe your aches and pains with the avocado enchiladas at Wholly Guacamole Kitchen. Creamy, cheesy and delicious, they’ll get you ready for your next battle with your split personality. 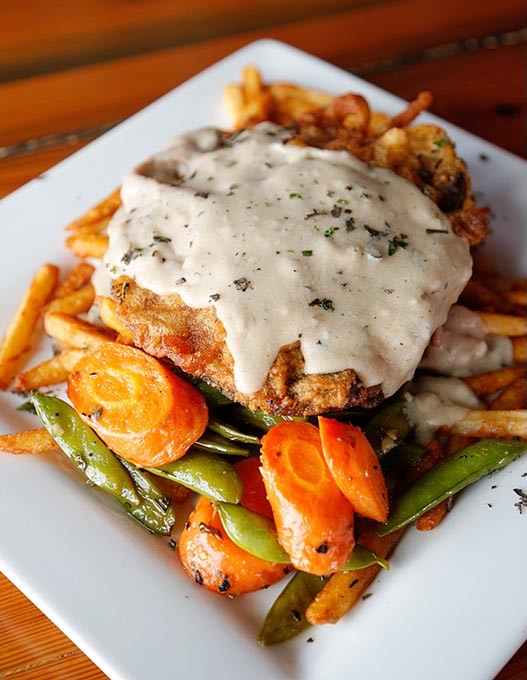 Being a vegan cowpoke ain’t easy, pardner, but if you’d rather herd cattle than eat them, Picasso Cafe has your number with the “chicken- fried” portobello mushroom topped with vegan soy gravy and served with a side of fries. Best of all, it’s light enough that you’ll be quick on the draw for your next showdown against Meaty Mel and the Clogged Artery Gang.

“What’re you looking at, Mac?” you sneer at passersby. The last thing you need when you’re ticked off is some looky-loo gawking at your dinner. But they can’t help but wonder how good vegan macaroni and cheese from a truck could be. Hint: If it’s from The Loaded Bowl, it’s pretty damn good. 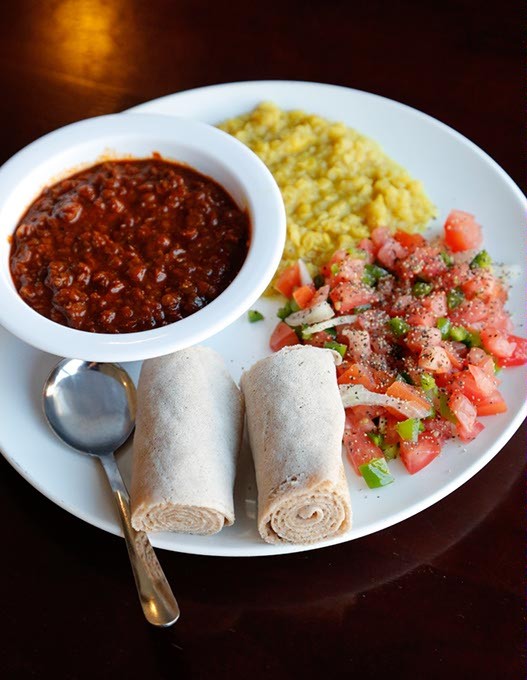 If you’ve never tried Ethiopian food, the yemsir wot from Haiget’s will have you seeing red. How you made it this far without digging into this spicy red lentil stew with a handful of injera bread is a mystery even science cannot solve.

Ease that angry vegetarian streak the way smart Italians have for years: with a mouthful of these balls. And at The Red Cup, in addition to serious hippie cred (not that we’re calling you a hippie!), you can enjoy those balls without meat and on top of a big bowl of perfectly cooked noodles. 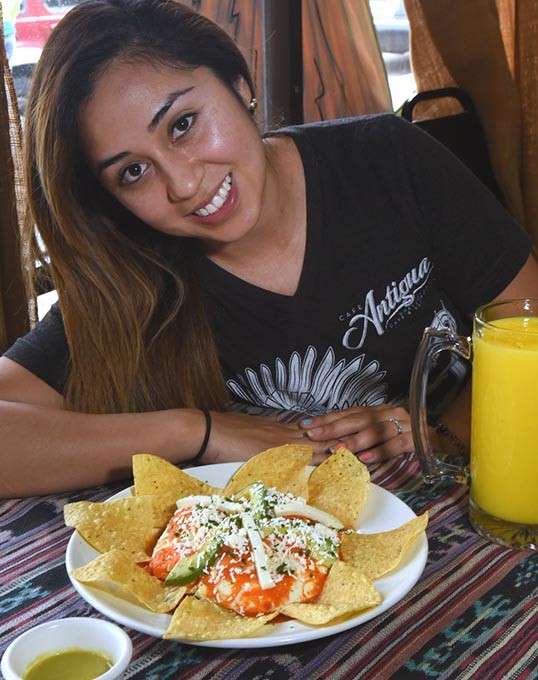 Ay, ay, ay. If your meat-free existence has got you hot under the collar, you might be in the market for huevos motuleños at Cafe Antigua. A stack of corn tortillas stuffed with black beans and topped with a couple of eggs, zesty chirmol sauce and cheese, this dish has the spice you need stay sizzling.