The Moon Festival, a celebration of harvest and togetherness, is Monday. A wide variety of Chinese restaurants across OKC offer a taste of China’s culinary tradition.

With an important festival coming up this week, why not use it as an excuse to visit the Orient? The Moon Festival, a celebration of harvest and togetherness, is Monday. It is widely observed in China and Vietnam, with traditions grounded in family, togetherness and food. A wide variety of Chinese restaurants across OKC offer a taste of China’s culinary tradition. 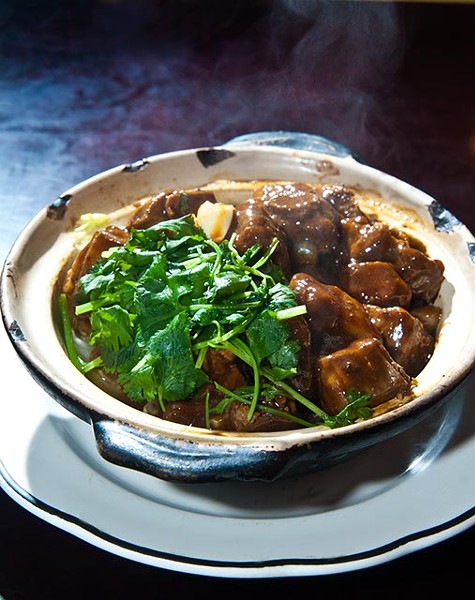 When foodies get together and talk about Chinese eats, this restaurant consistently comes up. The eatery caters to a late-night crowd and always offers a wide selection of traditional Chinese in all its spicy, umami glory. Need a good starting point? The spare ribs are tender and flavorful with a black bean sauce that offers a hint of what’s to come on your culinary adventure.

3321 N. Classen Blvd. fungskitchenoklahoma.com 524-4133 With a broad menu of both traditional and Westernized delicacies, Fung’s is a great place to tiptoe into the exotic. Start with a brimming bowl of roast duck and wonton noodle soup for lunch. Take a tour of Cantonese cooking with a variety of savory dim sum dumplings — small bites that tour the restaurant, letting you sample a wealth of flavors and styles. Dim sum is available on weekends.

1133 NW 23rd St. hypalace.com 528-2988 You can experience a lot of what Asia has to offer under one roof. Hy Palace includes two eateries, The Asian Restaurant with a (primarily Chinese) buffet and Pho Kim Long, which offers Vietnamese food in a traditional, sit-down cafe. It’s not just traditional Vietnamese pho soup that’s being served either. Pho Kim Long’s menu features many traditional Vietnamese items like hot pots and rice dishes. You can also order à la carte from the menu at The Asian Restaurant.

801 S. Broadway, Edmond wahahaexpress.com 258-8888 Admit it; you’re intrigued by the name. So were we. Hidden in what was likely a fast-food restaurant in a previous incarnation is Edmond’s hidden gem of authentic Chinese cuisine. It offers two menus, and you should branch out and order off the traditional one. One taste of the you po mian (spicy noodle) and dandan noodles with chili sauce and scallions and you might find what your palette has been missing.

3221 N. Classen Blvd. 525-7373 You might peruse the entire menu at this gem on Classen, with its sweeping variety of dishes from Western China to Southeast Asia. But you might just stop on the first page with the pho, as it’s some of the best in the city. The warm welcome when you walk in the door keeps you coming back. Don’t wait too long between visits or be prepared to explain yourself to the staff. And by all means, try the fried spring rolls. 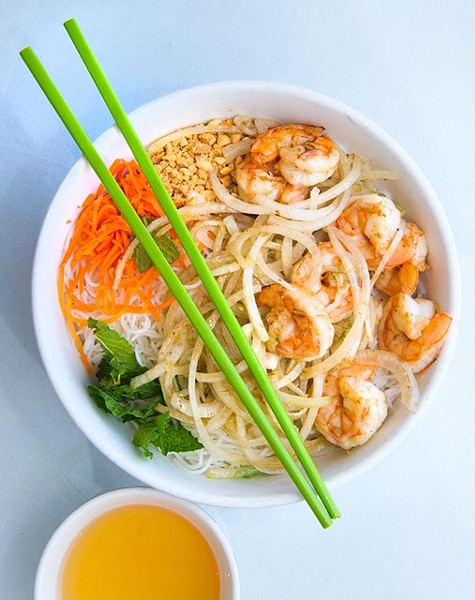 2518 N. Military Ave. lidorestaurantokc.com 521-1902 This OKC restaurant is an Oklahoma institution known for its consistent, delicious food and great service. This little gem tucked away in the Asian District offers a wide menu of traditional Chinese and Vietnamese and western Chinese dishes. When in doubt, go for the stir-fried shrimp in a vermicelli bowl.

1010 W. Memorial Road 752-8889 The owners of Szechuan Bistro have been doing a lot of things very, very right since 2012, and diners in Oklahoma City have noticed. The consistently good, busy Chinese bistro has a bit of celebrity about town as the foodies’ choice, and with good reason. It offers a delicious culinary journey, starting with the red snapper in a curry bean paste.