“The burrito is God’s most perfect fruit.” — a guy who doesn’t understand fruit

“The burrito is God’s most perfect fruit.” — a guy who doesn’t understand fruit

Burritos might not grow on trees, but they should, and if science has any say, they soon will. Until that day comes, when you want a pile of food wrapped in a big tortilla so you can eat it with one hand, here are a few places you can go to get that beautiful burrito fix. — By Greg Elwell, photos by Mark Hancock and Garett Fisbeck 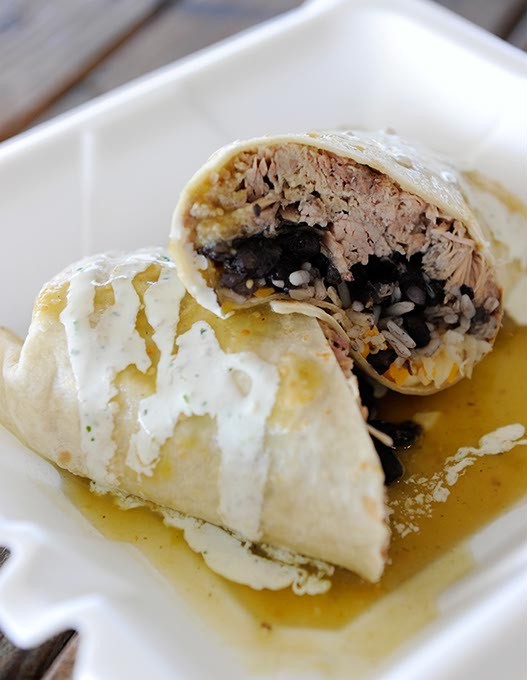 Like a thief in the night, Burrito Bandido might just steal your affections away from big burrito outlets like Chipotle Mexican Grill and Qdoba Mexican Grill with their massive one-pound burritos. One draw of the truck is a Venezuelan cooking style that creates mouth-wateringly tender meats, including brisket and pulled pork. Slather on its queso blanco for a truly decadent treat, and be sure to try some of the fiery red sauce, too. 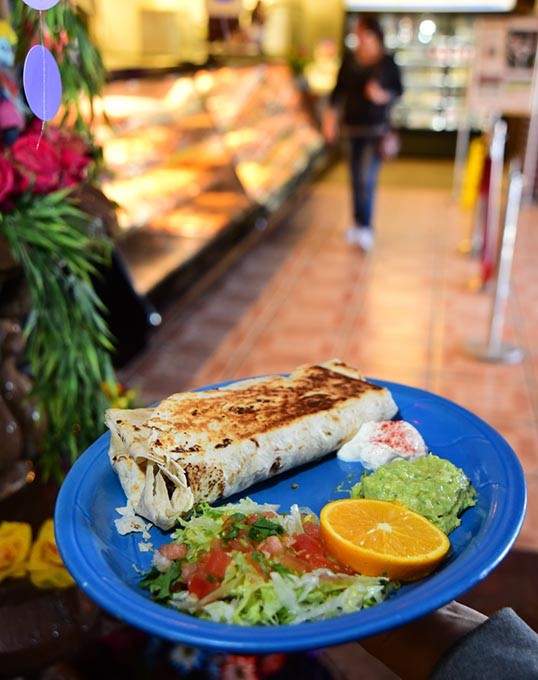 How do you like your carne? Pretty asada? That’s a great choice, especially at La Oaxaqueña, which definitely grills (asada) up some tasty meat (carne). Dig into your burrito and enjoy the surroundings — not only is there some gorgeous, intricate art on the walls, but the entire place smells like a bakery. That is because it is a bakery. Which is a good reminder to save some room for a fresh churro (buttery cinnamon bread stick of glory). 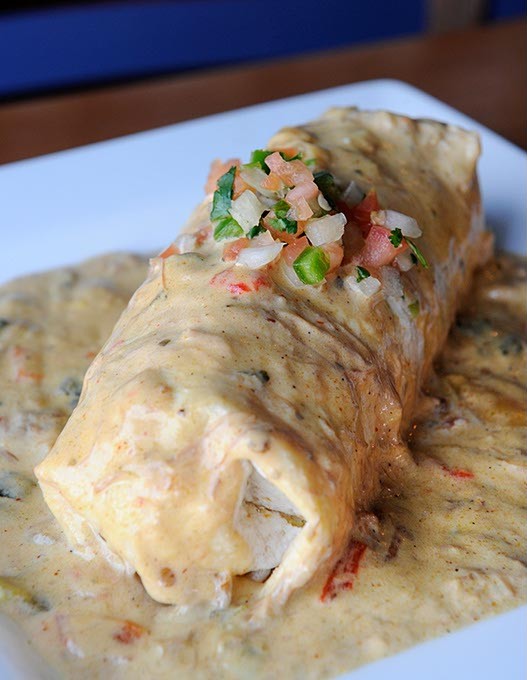 It’s not hard to find someone who is utterly smitten with the brunch at Picasso Cafe, probably because they smote some delicious food with their holy mouths. The breakfast burrito — filled with bacon, chorizo, eggs, potatoes, vegan chili and much more — is a masterpiece. Psst. Over here. You know about Picasso’s secret menu? The chef recommends you order the breakfast Biscuit Deburrito with pulled pork and cheddar cream sauce. 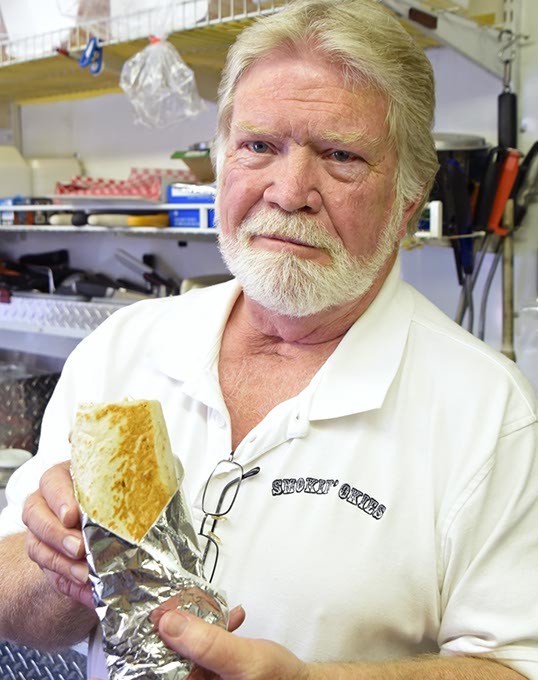 Not to get too PG-13, especially in a fine, upstanding periodical like the Gazette, but have you considered sucking down an SOB? Wait! That acronym stands for Smokin’ Okies Burrito, and it’s a barbecue burrito filled with pulled pork, BBQ sauce and coleslaw wrapped up in a 10-inch flour tortilla and grilled to perfection. Sorry about the language, though. 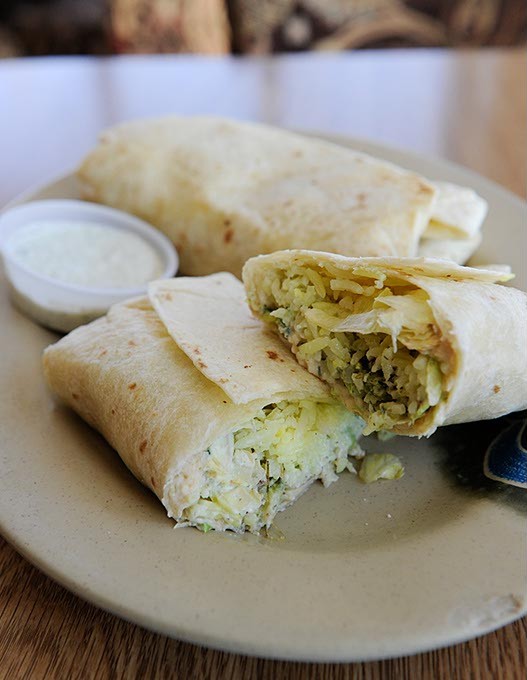 Did you know that a burrito can be anything you dream it to be? Well, that’s not true. A burrito can’t be a dog or a peace treaty you’ve brokered between Luxembourg and the Foo Fighters. But it can be filled with non- Mexican, non-meat foods. Take, for instance, the falafel burrito. It’s a double dose of chickpeas with tender fried falafels and hummus, as well as brown rice, Moroccan salad and tahini sauce all snugly wrapped in a wheat tortilla.

Everybody is “going green” these days, which apparently is something to do with preserving our fragile world and not about the chile verde burrito. And that’s too bad, because this planet is done for. There’s no saving it. But this chile verde burrito is so good, you’ll begin working with your fellow man to invent new methods of space travel so humanity can find a new home and we can start raising pigs and peppers to make more of this delicious concoction.

Anyone who has been caught out in the rain with a pile of tortillas knows how sad a wet burrito is, but leave it to the geniuses at Tacos don Nacho to make a wet burrito that’s delicious. This burrito replaces cold rainwater with chile sauce, which is a much better match with the tender chunks of chicken on the inside of its massive tortilla. One suggestion: Get there early for lunch, because this place is very popular with everyone within a 5-mile radius.