Every day is “Something Day.” It’s National Realtors Day or the Official Hug Your Grandma Day or “Wednes” Day.

Every day is “Something Day.” It’s National Realtors Day or the Official Hug Your Grandma Day or “Wednes” Day.

So, for April Fools’, we’re fooling around with the tried-and- true OKG eat format that you know and love and giving you a rundown of restaurants in which to celebrate some made-up holidays. — by Greg Elwell, photos by Mark Hancock and Garett Fisbeck

Anyone who has eaten sourdough bread knows that it cannot be contained on just one day. But while we can enjoy this delectable treat every day, today is the day we truly honor The Mother, The Baker and The Holy Loaf. And if you’re lucky enough to go into Big Sky Bread, you might be able to get a fresh-baked sourdough loaf all to yourself. 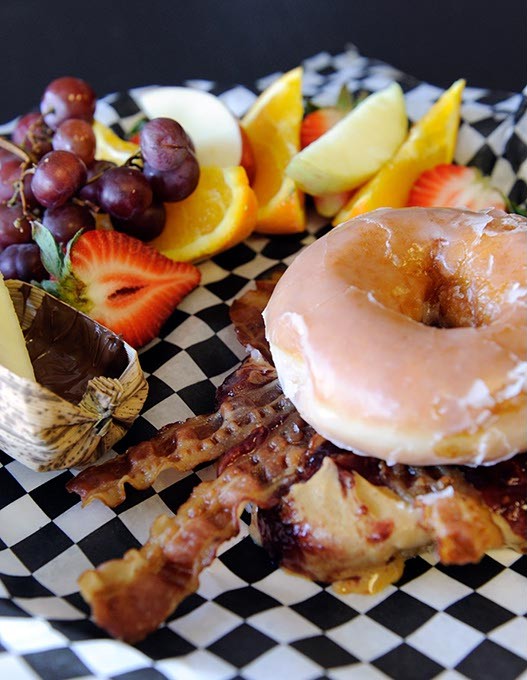 On this day, we recognize the easiest and tastiest sandwich to make since my brother invented the “rolled slice of ham.” P.B. Jams has plenty of PB&Js to satisfy you. For true gluttonous delight, try the Donut Touch My Nuts sandwich, which combines peanut butter, jelly and bacon between two Krispy Kreme glazed donuts.

Originally started as National Chocolate Moose Day to honor our nation’s proud, brown, horned animals, chocolate fans led a revolt on Washington (where lots of moose live) and had it changed. The difference? Instead of a mandatory sniff of one of nature’s least pleasant creatures, we get to eat rich, smooth, creamy chocolate mousse by the punch bowl, as served at Kitchen No. 324.

Cordon Bleu literally translates to “blue ribbon,” which is a fitting name forthis prize-worthy chicken dish. Little King Pizza takes the classic supper club item and creates a pizza with a blend of chicken, Canadian bacon, onions, green peppers, tomatoes and ranch sauce, which translates to “Yes, I will have another slice.” 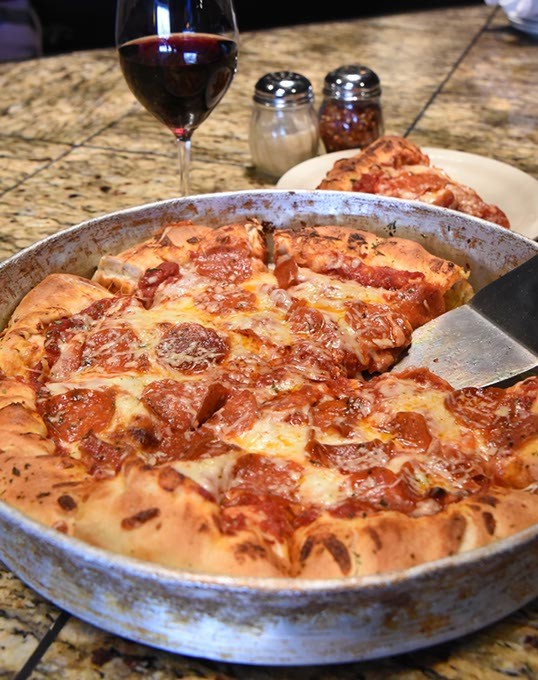 Deep dish pizza answers the question, “What if I want pizza and a casserole?” And National Deep Dish Pizza Day is a great day to ask Sophabella’s for the Uptown Pepperoni Deep Dish. It’s a pepperoni pizza stacked on top of another pepperoni pizza with pizza sauce on top. It’s then baked. That’s deep, bro.

Corn! It’s in everything! Corn syrup in soda and corn ethanol in our gas tanks and a piece of corn stuck between your back teeth for days and not even floss will dislodge it. But on National Caramel Popcorn Day, you can get corn popped and tossed in fresh, house-made caramel by the folks at Kernels & Kandies — a sticky treat that is a joy to munch (especially with some pecans tossed in).

Newly imported to America, beer is a phenomenon that has become so popular with today’s wealthy elite that they’ve named April 7 National Beer Day. For a fine spot to sample this rare delicacy, Fassler Hall serves beer by the liter. Rub your elbows and hob your nobs with the swells and you might soon become an advocate for this novel fermented grain beverage.