Roy G. Biv was a simple man, a plain man, until a catastrophic accident at the Crayola factory forever altered him. From that day forward, he would fight against the injustice of bland, boring meals with the power of color! Also, he couldn’t sit on white furniture. That’s just a given. Go with Roy on his amazing adventures as he tastes the colors of the rainbow! 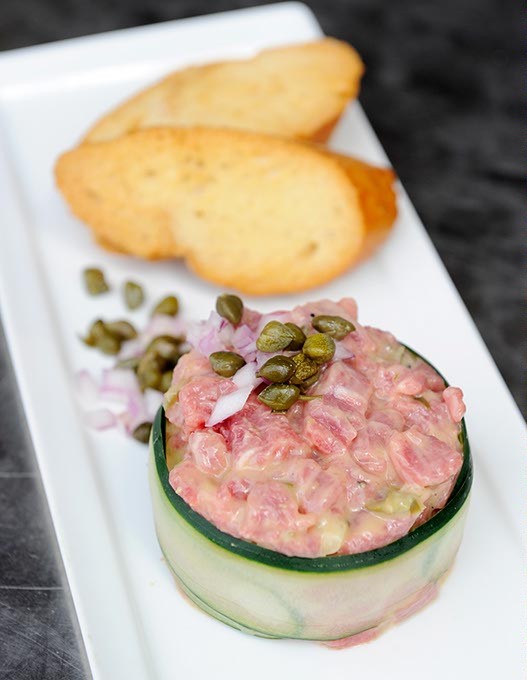 Red is the color of rage and romance. And there’s no anger more potent than when you take a date to La Baguette and they’re out of the red beef tartare. Ooh la la, now here’s a meal that isn’t afraid of flavor. Chilled and chopped raw beef tenderloin mixed with a variety of textural and tasty treats like capers and red onion and served with an egg yolk on top is a classic French delicacy. Truly, you’re living la vie en rouge. 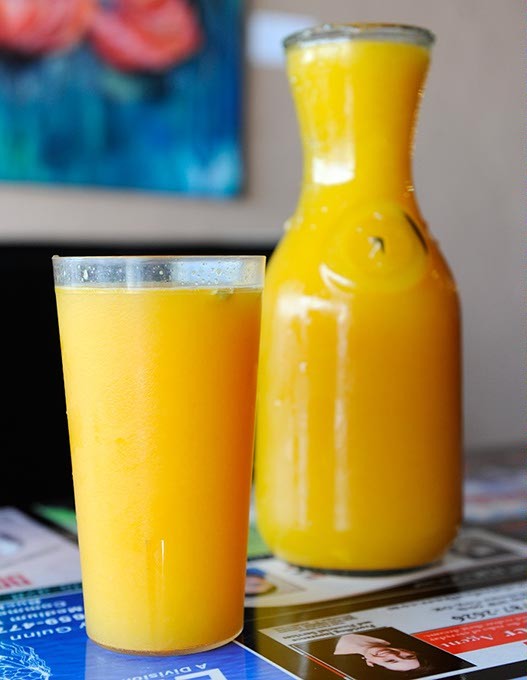 Oranges, despite their reputation, hate to be hugged. Why do you think they grow so high up in those trees? They’re trying to keep their delicate organs away from the overly affectionate morons walking around on the ground. But they’re just so adorable, which is one reason you can always get a pitcher of fresh-squeezed orange juice at Classen Grill. Just try not to think of their tiny screams.

“Are ya yellow?” drawled Toronto Dale, the Canadian cowboy.

“I said, are ya yellow?” he screamed.

“Dale, you colorblind idiot, that’s a piece of pie. It can’t answer you,” said Dale’s friend, Marvin. “But, for the record, it is yellow.”

And that’s how Dale and Marvin shared dessert. 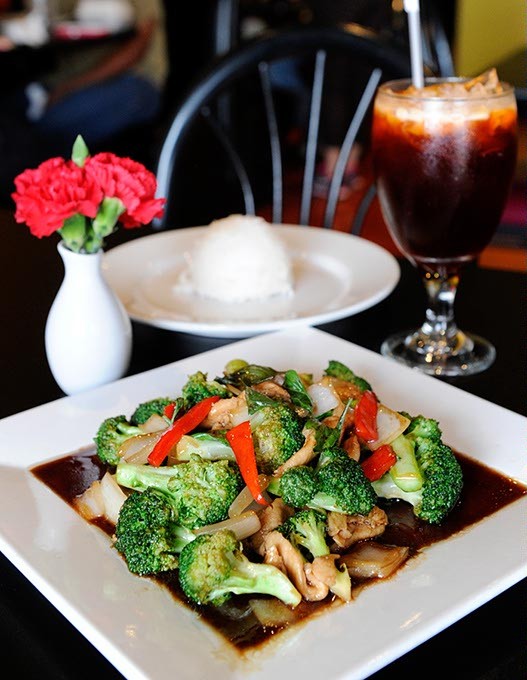 Kermit the Frog famously sang that it wasn’t easy being green, which is silly. Frogs are green all the time without any effort at all, just like the basil that goes into Bistro38’s pad basil noodle dish. Basil isn’t sitting there in the ground, thinking, “I should be green and delicious.” It just is. And when it’s cooked alongside chicken and noodles in a pungent, sweet sauce, it’s extremely easy to love — sorta like that frog.

Some people argue that blueberries are not actually blue. “They’re really more of an indigo,” is something someone with way too much time on his hands might say. Sorry, pal, but some of us have more important things to do. There are babies to pet and dogs to dress in costumes and delicious blueberries and cranberries just waiting to be baked into bread at Big Sky before it’s slathered in butter and enjoyed. Get with it!

As a kid, I always wondered about the one-eyed, one-horned, flying purple people eater. How many purple people are there to eat? Didn’t that thing get hungry? Perhaps, when there were no people around to eat, it aimed its one eye and one horn at Guyutes, which serves up a brilliant purple beet hummus with freshly fried sweet potato chips. And its employees are so friendly, they probably don’t even blink when a voracious monster comes in. 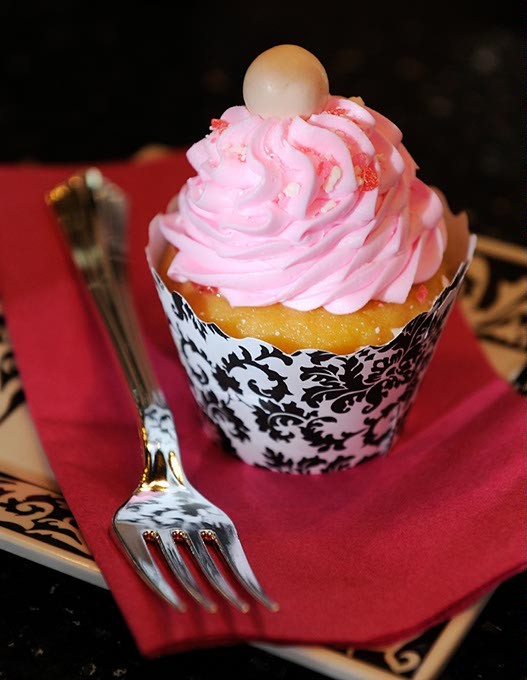 Little boys seem preternaturally opposed to pink. It’s the color of princesses and unicorns and strawberry shortcake cupcakes from Pinkitzel. Boys can’t abide tha— Wait. Did that say cupcakes? Because guys might like football and dirt bikes and ninjas, but they also love cupcakes, no matter the color. Finally, we’ve found their weakness! Well played, Pinkitzel. Well played.