In French, seafood is called fruits de mer, or “fruits of the sea.” But you should not eat oranges you find floating in the water. A banana bobbing in the lake? Leave it. They do not grow there. It is a trap. Instead, immerse yourself in some tasty aquatic life from Oklahoma City’s friendly seafood restaurants and get your fill of la substance alimentaire, or “the food material.”

“Do not touch the lava.” If that isn’t a sign around an active volcano, it should be. And it’s probably applicable at Cafe Icon, as well, where you can get raw salmon delivered to your table alongside an 824-degree Fahrenheit lava stone. Cut off a bite or two and lay it on the rock, letting that fish sizzle to the perfect medium-rare before gobbling it down. Or cook it all the way done. Just make sure you don’t cook your hand. 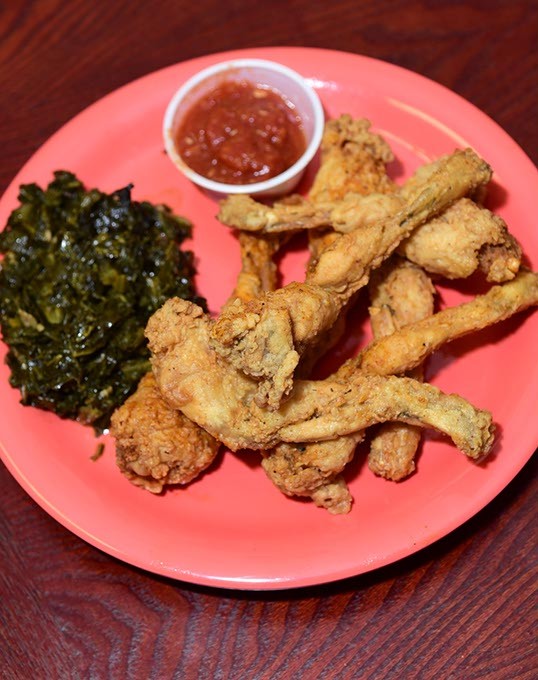 Frog legs taste like chicken in that every food we have trouble describing also tastes “like chicken.” It’s definitely meat, which is like chicken. And the legs are fried, which is done with chicken. But when you sit down to a plate of frog legs fried golden with speckles of black-and-red seasoning at C’est Si Bon, you won’t be thinking, “Boy, this makes me hungry for chicken.” You’ll be wondering how quickly you can get another order of frog legs.

The quote marks in the dish Shrimp and “Grits” at Land and Sea worried me, so I turned to owner Cathy Cummings for some clarification. These are grits, right?

“It’s a Southern play on the word ‘polenta,’” she said.

Polenta is just fancy grits. Order this one if you like beautifully prepared shrimp, Parmesan cheese, peppers and “polenta.” Wink, wink. 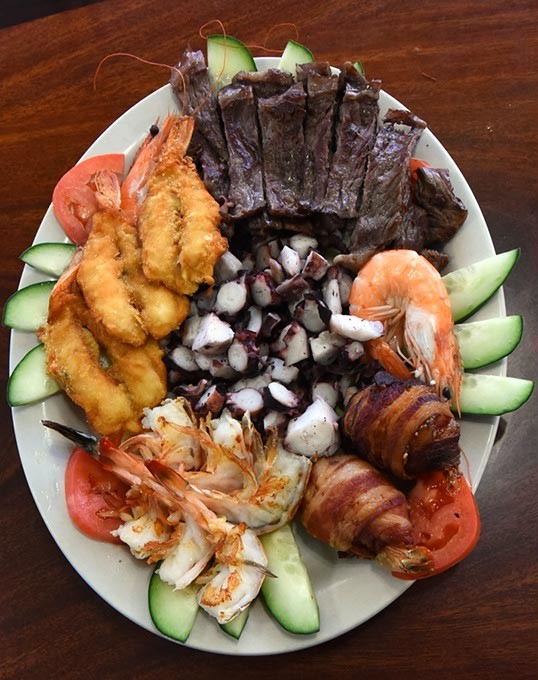 Everyone knows that an octopus has eight arms — or are those legs? It actually comes from the Greek oktopous, which means “eight-foot.” They also have beaks and no skeletons, so definitely don’t search for images on your phone right now. Oh no! What did you do?

Okay; they’re sea monsters. But don’t worry; you can eat one. Take a short trip to Mariscos Mazatlan and you can conquer an octopus in a taco with your mouth.

How do you solve a problem like Maria? Have you considered garlic butter?

Like the WD-40 of the culinary world, garlic butter is the substance that makes everything better. Case in point: the already-delicious mussel. At Cafe do Brasil, they’re served in a leek and garlic butter sauce and christened Mexilhao A Carioca, and they taste amazing.

As for catching a cloud and pinning it down, have you considered a Béarnaise sauce? 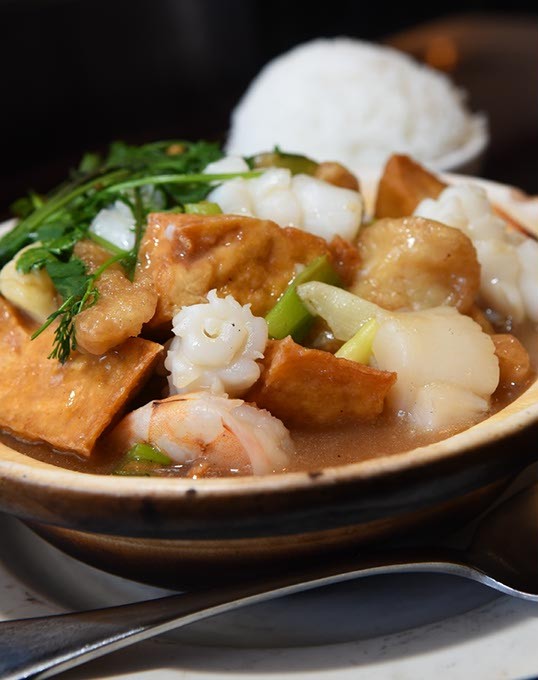 It is absolutely unacceptable to walk up to a stranger’s table and look at the seafood with tofu hot pot at Chow’s and ask, “Are you gonna eat that?” — or so I learned recently. I guess it’s one of those unwritten rules. Anyway, I just sat down at my own table, apologized to my date and ordered my own. Take that, stranger who wouldn’t let me snack on his dinner! This one is all mine.

It’s almost impossible to accurately place sushi on Maslow’s Hierarchy of Needs. Obviously, it’s a physiological need, but it also makes you feel safe. And don’t forget about the friendships you develop when eating sushi. Plus, it meets certain qualities of self-esteem. The chefs at Sushi Hayashi are also probably getting self-actualized when they achieve their full sushi potential. Sushi — it’s the whole pyramid.