Despite being carb sticks bathed in fat and salt, french fries are surprisingly dainty little things: thin, crisp, dipped in “fancy catsup,” like they’re the Queen of England. But across the metro, freedom fighters are taking it to their fries with heavy artillery, slathering them in sauces galore and turning finger food into fork food ... if you’re fancy.

Founded by Sgt. Slaughter (Editor’s note: No, it wasn’t.), Slaughter’s Hall used to be a mess hall for G.I. Joes (Editor’s note: It was a famous jazz venue.), and it’s still making America proud (Editor’s note: I’ll let this one slide.) with its 2nd St. Poutine: beer-battered fries, pastrami and locally made cheese curds doused in country gravy. It’s a meal disguised as an appetizer and a reminder of when we beat Canada in WWII. (Editor’s note: LOL.) 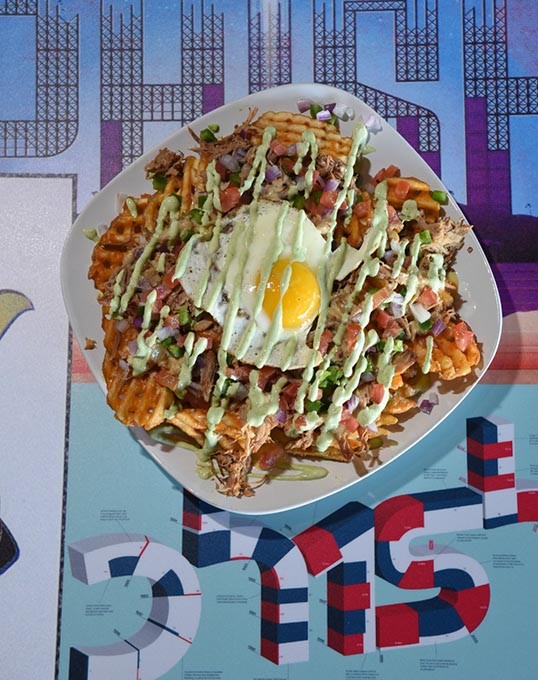 According to people who like music, the Tequila SunFryz at Guyutes are named for some kind of song or band or something. It doesn’t matter. You could be Bizzaro Jerry Garcia and these would still be the best things you put in your face all day. A big batch of golden waffle fries with pulled pork, queso, jalapeño, tomatoes, onions and cilantro crema on top, crowned with a sunny-side-up egg. Your stomach will say, “[insert phrase heard at Phish concert here]!” 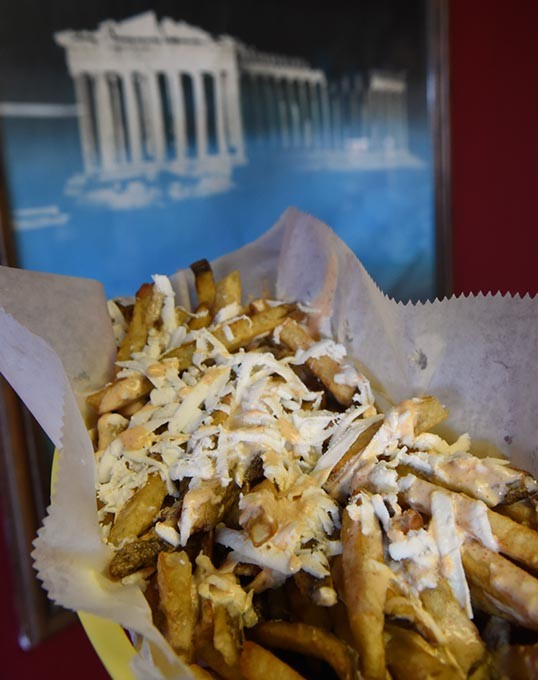 The makers of ketchup would like to apologize for not knowing that tzatziki sauce was a thing when they decided on their red, tomato-y, vinegar and sugar ooze. That error has been remedied by Akropolis and its Bomber Fries: a big basket of fries covered in spicy Greek yogurt sauce and feta cheese. It’s like My Big Fat Greek Wedding if it was edible and went well with a large cola. 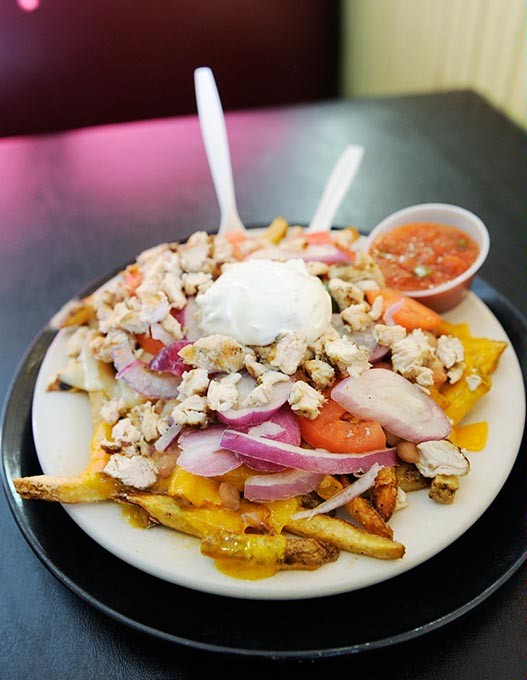 The secret origin story of White Trash Nachos is one of my favorite tales of Irma’s Burger Shack. Apparently, the staff were broke and wanted Mexican food, but they couldn’t leave the restaurant. So they improvised this mélange of french fries, beans, cheese, grilled chicken, tomato, sour cream, onions and jalapeños to sate their desires until they could get to some enchiladas. The result: pure, delicious genius. 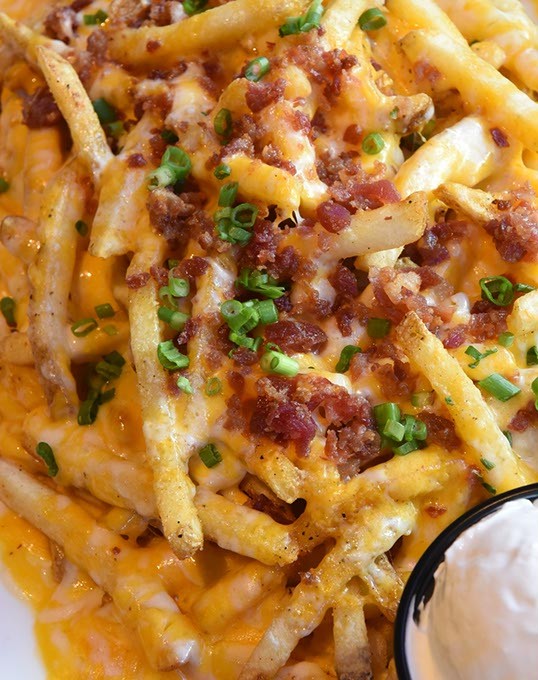 Why does Toby Keith’s still call them “freedom fries”? It’s not 2003 anymore. Besides, if you order the cheese fries at this Bricktown eatery, they’re really not free. The poor fries are smothered with jack and cheddar cheeses and then trapped under bacon, caged by sour cream and shackled by a sprinkling of green onions. The only way to set them free is to help them embrace oblivion inside your stomach, you patriot. 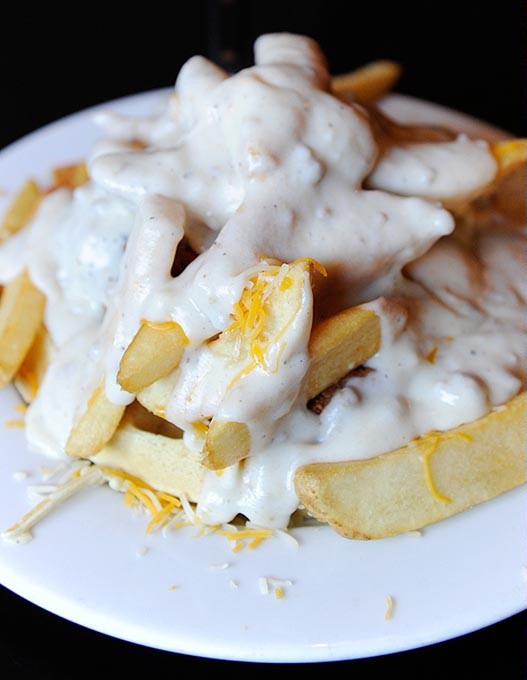 Maybe they call it The Horseshoe because you’re testing your luck. Sure, one of The Drum Room’s thick waffles, covered in a one-third-pound burger (or some fried chicken, as we ordered it), steak fries, cheese and gravy sounds like you’ve hit the jackpot. But maybe it’s better to share the luck, because this is a massive pile of food. Perhaps if you’re as hungry as a horse, you can finish it all, but no one expects you to run the derby after all that. 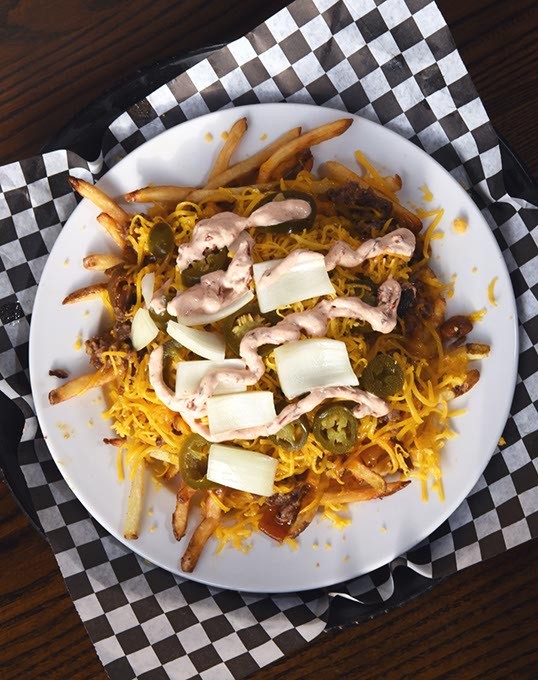 Gather ’round the campfire, pardners, and I’ll tell you the tale of The Smoked Haystack. ’Twas a night much like this one, when the sun was shining and people were in offices — daytime — when I wandered into Blu’s and saw the most frightenin’ sight I ever done saw. The fries were stacked high and covered in brisket, beans, jalapeños, onions and cheese. I done ate that mess, but I forgot my heartburn medication. It was harrowin’.