Gas stations are not generally known for their culinary acumen. Too often, stopping for a quick bite to eat on the road means microwave burritos, a nacho cheese pump and hot dogs that were put on the rollers last year. But we’ve scoped out some places that will sell you petrol without necessarily giving you gas. 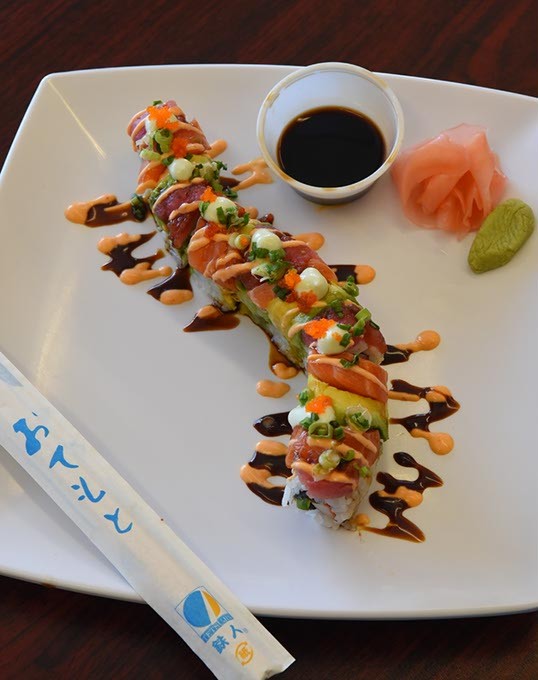 Gas Station Sushi might sound like a sequel to Samuel L. Jackson’s Snakes on a Plane, where a tough cop has to duke it out against some dodgy fish. But this much-loved Del City restaurant will let you fuel up while chowing down on tasty Japanese cuisine. Sure, the Sushi Fried Chicken roll and the Spiderman roll don’t sound especially authentic, but there also are spicy tuna rolls, California rolls, edamame and miso soup too.

Mexican food is so ubiquitous in Oklahoma City that it makes perfect sense for gas stations to get in on the action. The Portland Shamrock might as well change its name to the Porkland Shamrock because its pig-centric burritos and tamales are top-notch. The green chile pork burrito is a cheesy, spicy delight, especially with a big dollop of salsa on top. The big menu on the wall has more options, but the real action is in the display case. 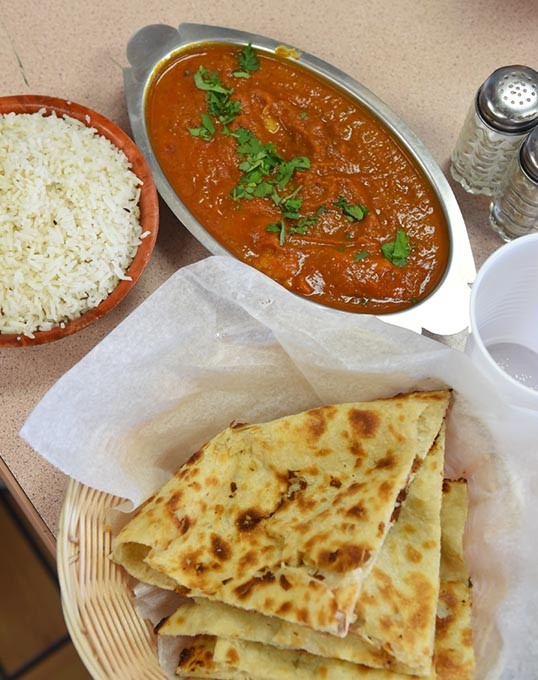 If you love Indian food, but your car is running on fumes, do we have the solution for you. Housed in a truck stop at the corner of Reno and Martin Luther King avenues, Tandoor Restaurant isn’t the most glamorous spot. It is where you’ll find some fresh and spicy Indian delicacies. Look past the tractor-trailers and inside to an Indian grocery store for excellent korma and crispy chewy naan that will have your hunger on a long-haul route to the east. 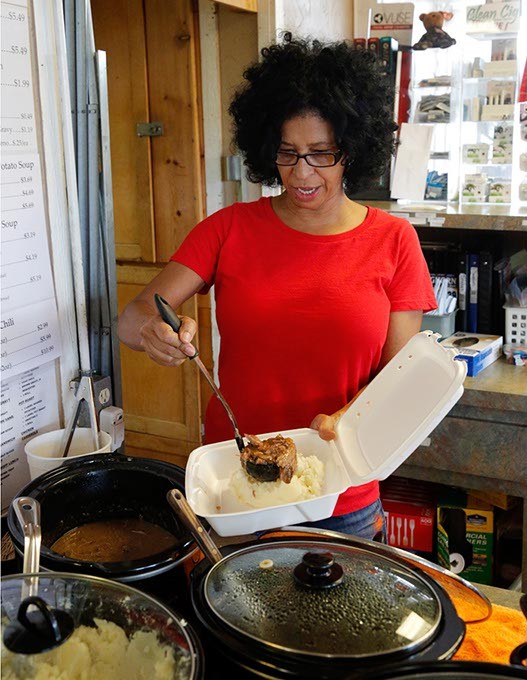 Crock-Pots, my boy. Crock-Pots as far as the eye can see! Stopping at the Shell at NW 50th Street and May Avenue is like stopping by your parents’ house, because it always has a few down-home favorites bubbling away. The Frito chili pie is legitimately great, and the daily specials — everything from meatloaf and mashed potatoes to beef stroganoff — come with a big smile. Best of all, the counter is covered with fresh cakes, cookies and sweets. 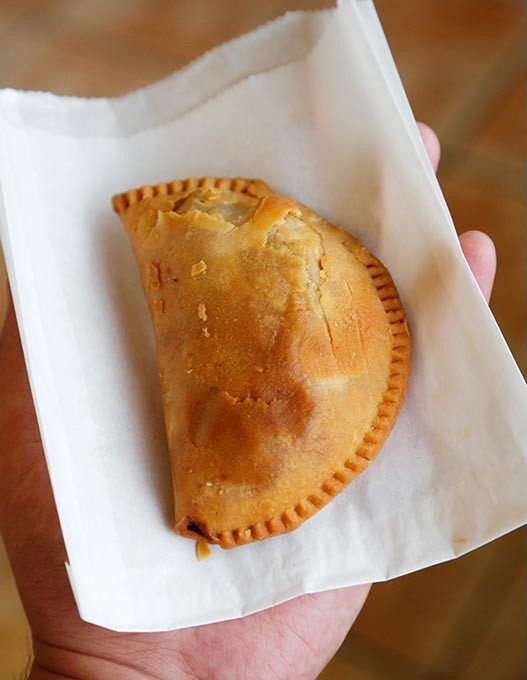 Meat pies are descended from the classic British pasty, though it seems a little misleading to call these savory pockets “pies.” Down Town Plaza is an easy place to stop on bustling Broadway Avenue, but before you gas and go, be sure to grab one of these pies to take with you on the road. It might not replace Pie Junkie in your heart, but it will prep you for a long day with its spicy, meaty filling. And take a few napkins with you just in case.

Is this technically “in” a gas station? No. But is this technically “news”? It’s in a newspaper. So maybe pipe down and head over to Big Boy’s, which is adjacent to a 7-Eleven in northwest OKC. You’ll be happy you stopped by once you get a gander at those big, meaty ribs; mouthwatering pulled pork; and succulent smoked turkey. And do not leave without trying the potato salad. It’s the law. Okay, maybe it’s not “the law,” but ease up, man. 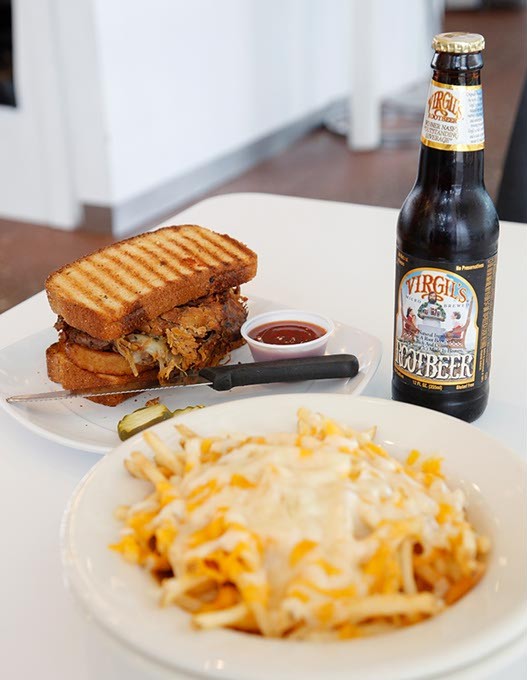 If you don’t imbibe sodas, colas or soft drinks, Pops might not be on your radar. With a gargantuan selection of new and classic bubbly, fizzy, sugary drinks in glass bottles for you to try, it’s a must for all your beverage needs. Man cannot live by soda alone, probably, so you’ll be pleased to know this caffeine-ateria also serves breakfasts, burgers and even something called “sal-lad.” We’re not sure what that is, but it probably goes great with a bottle of grape soda.