You know what’s great about being a grown-up? Getting to go to bed whenever you want.

You know what’s great about being a grown-up? Getting to go to bed whenever you want. You know what else is great? Getting to eat whenever and whatever you want. Go ahead; no one’s going to stop you. Waltz into one of these local restaurants and order dessert first. In this crazy world, there are few certainties. These are sure things. 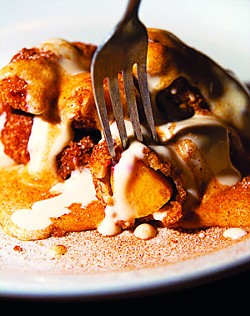 2113 Riverwalk Drive, Moore harrybears.com 799-2327 Gone are the days when there was more than one Harry Bear’s, but this Oklahoma original is still the stuff of legend. And you can take a sweet walk down memory lane with the fried peaches any day of the week. The good news is that the beloved bear hasn’t changed the recipe and the fried peaches are as good as you remember them. The better news is that you don’t have to eat your veggies before you have them. 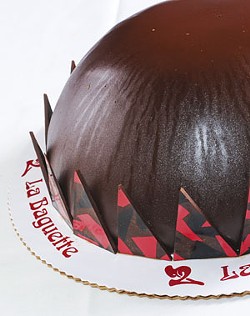 7408 N. May Ave. labaguettebistro.com 562-5139 A chocolate cake filled with white chocolate mousse and coated with chocolate ganache is not for someone who just kind of likes chocolate. While there are plenty of other sweet treats for chocolate haters, like La Baguette’s cheesecake, the Bombe Au Chocolat (Chocolate Bomb) is a treat worth spoiling your dinner.

6418 N. Western Ave. metrowinebar.com 840-9463 Ah, the Vanilla Bean Pot de Crème with chocolate sauce or caramel! As with most delicacies at The Metro, we have the French to thank. This elegant custard is heavenly by itself. The chocolate and caramel sauce, which thankfully come on the side, rocket it into the stratosphere. Order it with some strong coffee and delight in the little things, like tiny pots of sweet cream. 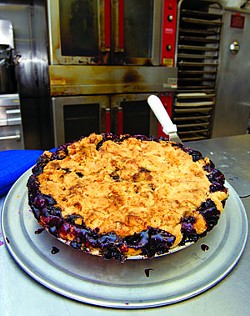 2632 W. Britton Road 840-9364 ND Foods is a well-kept secret with a legion of loyal, devoted followers. Its deli is a thing of wonder, offering fresh soups, prepared meals and generous sandwiches. One look at the dessert case — laden with everything from freshly baked sugar cookies to a mile-high coconut cake that’s as pretty as a bride in a spring wedding — and you know it’s the real star of the show. Order the icebox pie, take a dozen cookies to-go and thank us later. 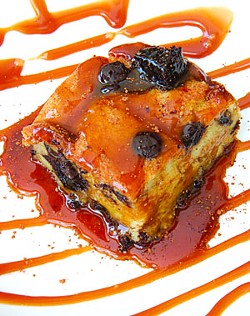 6432 Avondale Drive saturngrill.com 843-7114 Bread pudding is a classic dish that originated as a way to use stale bread rather than throw it away. A staple of Southern comfort food, this dish with humble origins is widely offered in upscale dining establishments, thanks to its almost universal appeal. The folks at Saturn Grill have upped the ante by adding chocolate chips and a delicate caramel glaze.

1630 N. Blackwelder Ave. themuleokc.com 601-1400 We think the Mule’s Grand Lake Monte Cristo is often overlooked in favor of savory items. People get to the dessert portion of the meal and don’t have room for it. Solve that problem and order this first. This item is like everything else we’ve tried on The Mule’s menu: a perfect combination of flavors lacking in pretension. Do yourself a favor and discover it. 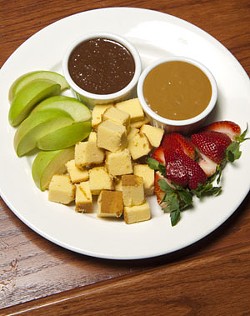 4308 N. Western Ave. barrelokc.com 525-66820 Milk jam is one of those things that you didn’t know you needed in your life until now. It’s the byproduct of simmering whole milk and sugar, and the results are astounding. Combined with fruit and pound cake, you don’t stand a chance. The Barrel is Deep Fork Group’s new kid on the block, located in the former Café Nova space. The eatery serves the milk jam with chocolate, fresh fruit and pound cake. One bite and you’ll forget all about your worries and cares.