Sweatpants feel so good. You slide into them and all your cares fade away. Except for one: You can’t go out to eat wearing them. As comfortable as they are, there’s a tear in the crotch and a suspicious stain on the leg. You don’t want to cook and nobody wants to see you rocking the drawstring. Time for takeout. Here are seven spots we love to go when we’re getting it to-go. 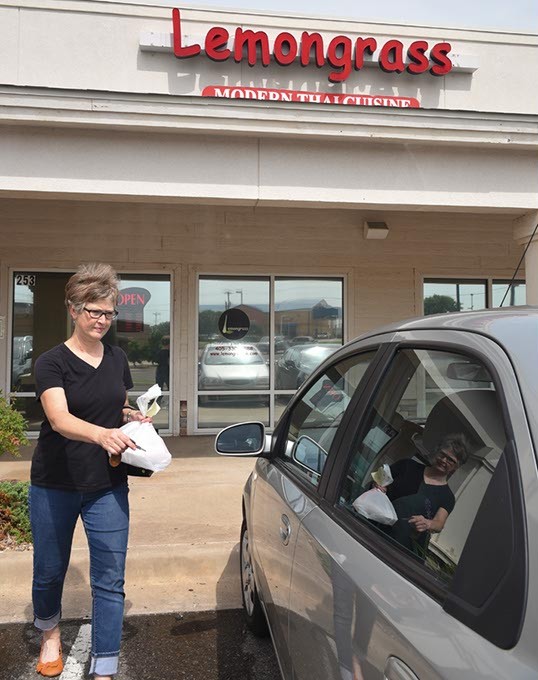 Thai food is one of the rare cuisines that gets better with age. Do your taste buds a favor and get some pad thai and evil jungle curry from Lemongrass Modern Thai Cuisine and take it home. There, you can chow down with a box of tissues at your side when the spice sweats hit and enjoy the burn.

It’s a delight to dine at Mama Sinmi’s Chop House, where the staff is so friendly and the food so good. But if you’re in a hurry, you’ll find its menu translates well to-go. Get the moin moin bean cake appetizer or go nuts on chicken jollof rice. Best of all, no one will be there to judge when you polish it all off yourself. 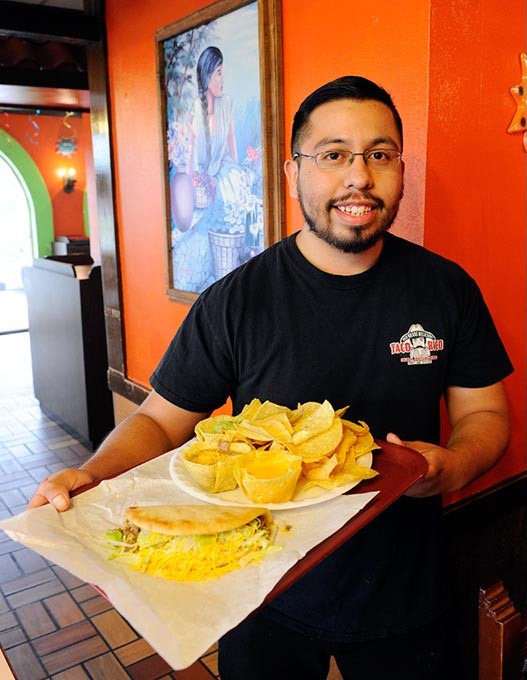 Was Taco Rico originally co-owned by ’80s synth pop group Taco and ’90s Latin rap heartthrob Gerardo? No, it wasn’t, and the cashier in the drive-thru is sick of you singing “Rico Suave” before ordering your food. Taco Rico isn’t about the music, man. It’s about delicious crispy tacos, smothered tamales and churros.

Real talk: Until you are age 70, it’s not okay to eat your donuts at the donut shop. They won’t kick you out — they’re too polite — but it’s a little unnerving to see a grown man polish off two dozen apple fritters and long johns in one sitting. Oh, is that just me? Nevermind. When you hit Donut Palace, you’ll want to get a box to-go just to avoid me.

Nobody disputes that Mandarin Chinese & American Restaurant in Del City is cozy and comfy. Still, is there any food we associate more with takeout? There’s just something magical about taking home a big container of mu shu pork, eggs Cantonese and a bucket full of egg rolls so big you’ll never need to leave the house again. 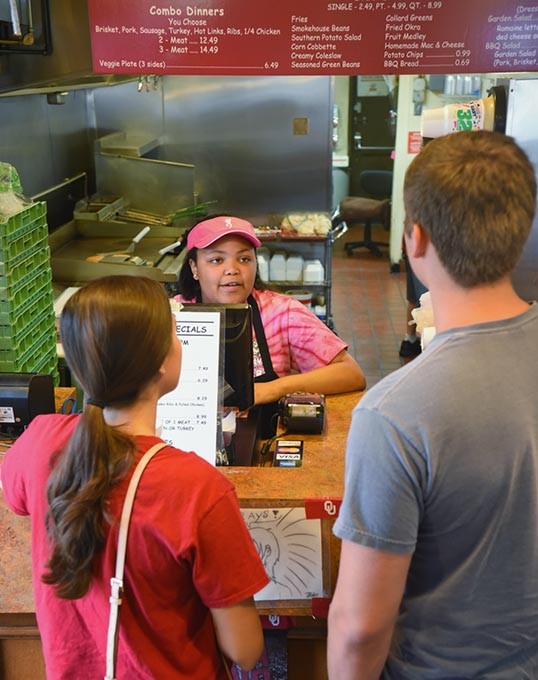 Everybody loves barbecue, and almost nobody can cook their own. That’s what makes places like Ray’s Smokehouse so important. It will pack you up a rack of ribs, chopped brisket, collard greens, potato salad and more messy, homestyle favorites for you to enjoy in your messy home. And takeout means never having to say, “Pass the napkins.”

“Always order too much pizza” should be a popular tattoo because it’s a universal truth. You’ll never be sad to have one more slice, especially from Mama Mo’s. And as it serves up an XXL pie, you’re sure to have enough for whatever sleepover, cram session, game night or Antiques Roadshow watch party you’re hosting.