Have you guys tried this new food? It’s from trucks. Like, they drive around on wheels, but then they park and serve food. I wish there was a clever name for it. Meal vehicles? Eat vans? Well, if I was good at making good words be coming out of my brain, I wouldn’t be not working for a newspaper!

Hey, bud. We’re really buzzed just thinking about getting some of that green ... salad from Smokin’ Greens, which is definitely not just a marijuana joke but also an actual food truck. Most of the food coming off trucks is delicious but not necessarily healthy. At Smokin’ Greens, you can have a fresh salad with chicken, steak, fish or Magic Mushroom. 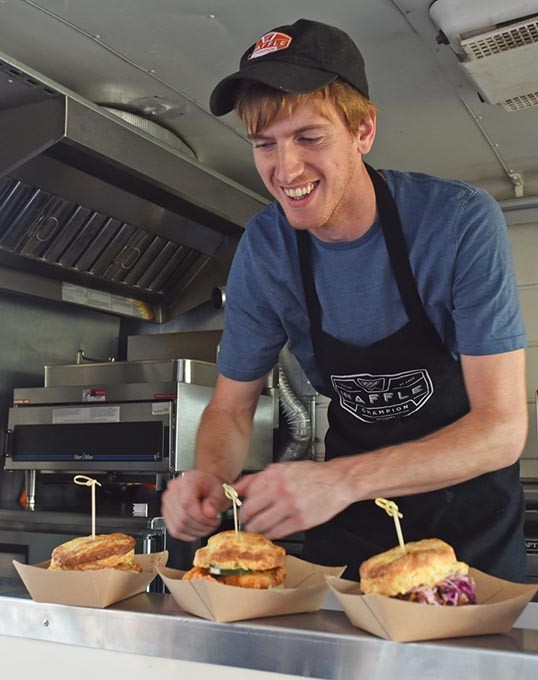 Scientists have long known that one of the hardest words to say without smiling is “biscuit.” Look! You just cracked a grin thinking about it. And now there’s Buttermilk Southern Sliders, making sweet and savory homestyle (not from a can) biscuit sandwiches you can eat with your smiling face.

With a rotating assortment of Italian favorites, 2 Brothers Bistro is no Gianni-come-lately. Former owners of Papa’s Little Italy, this truck’s cooks know their way around a kitchen. Italian sandwiches are a specialty, but if you’re lucky, you’ll catch them on a day they’re also making chili.

According to NBA rules, Lady Di’s is not allowed to go more than two steps without dribbling the ball. But you can go ahead and blow the whistle because this travlin’ diner breaks all the rules with its Coney dogs and true diner burgers (and a liberal interpretation of the way “traveling” should be spelled). 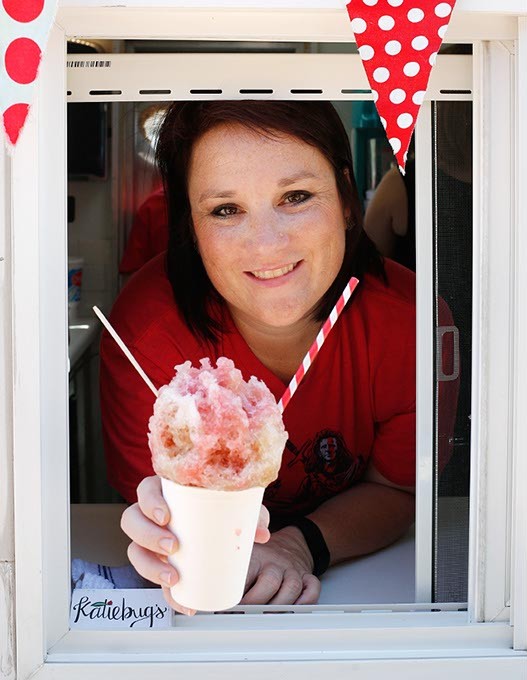 Remember your first thin patch of ice at age 14? You were so proud, but now you know it’s time to shave it off. Is that how ice works? Nobody cares because we’re all busy thinking about Katiebug’s natural syrups and delightful flavors, like basil lemonade and cinnamon roll with coconut cream. And when fall returns, it makes its own fancy marshmallows, too. 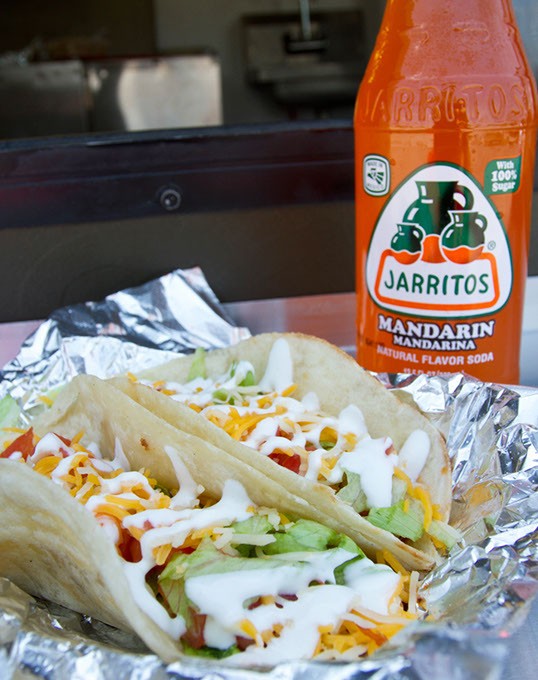 It took years for someone to explain that you could eat street tacos anywhere. So many friends lost, trying to scarf down asada in the middle of a busy road. But no more. Now that Juan More Taco is popping up at The Bleu Garten, you might even get to eat your street taco while sitting in a seat. Goodbye, vehicular manslaughter; hello, flavor country. 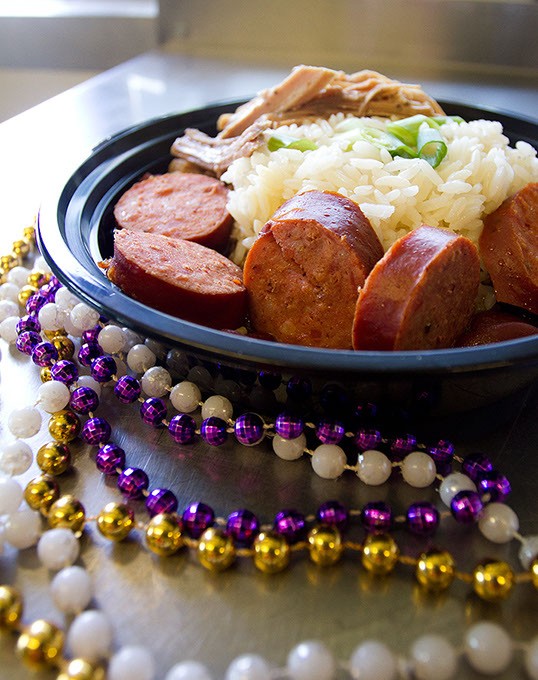 La Gumbo Ya Ya

While not technically created as a sequel to the 2002 film Divine Secrets of the Ya-Ya Sisterhood, La Gumbo Ya Ya does combine everything you love about Sandra Bullock with gumbo, etouffee and red beans and rice — which is to say it has really delicious Cajun food and nothing to do with Bullock.