A Bethany retailer bets on the district trend reaching the suburbs to breathe new life into the area. 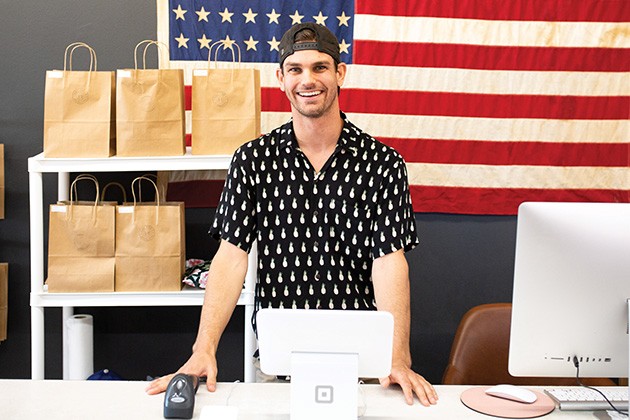 Justin and Jenna Brooks bought in early on the idea that downtown Bethany is set to explode into the next bustling district within the Oklahoma City metro. Their shop, You and I Apparel + Gifts, has entered its second year of business nestled into a strip with good walkability and plenty of parking flanked by neighborhoods boasting a surge of young families. Poised to be a trendsetter in the neighborhood currently dotted predominantly with antique shops, You and I is more akin to Automobile Alley’s Shop Good and 16th Street Plaza District’s Out on a Limb, which aim for a hip, locally focused, casual shopping experience.

And it just so happens that You and I faces a huge resource of potential young buying power located across the street at Southern Nazarene University. But getting those college students to cross the street isn’t quite as easy as Justin thought it would be. Instead, a different demographic proved to be more potent.

“We always joke about how we thought the university kids would be just a huge influx of our customers,” Justin said. “And they are a good base, but our main customer base is Bethany moms from the high school and middle school. We’re in our 30s, we have a daughter, we have a daughter in the elementary school, so we kind of know everybody in that clique of the community.”

“Our regular business frequently comes from moms waiting to pick up their kids from school,” Jenna said. “So in that gap between 1 o’clock and 3 o’clock, we’re getting these women coming in, walking around, killing time and then realizing, ‘Hey, I like this stuff. I’m going to keep coming back.’ And so this is kind of their pit stop before they go pick up their children, and we totally didn’t know that that was going to be a market for us.”

“We totally didn’t know that that was
going to be a market for us.”
— Jenna Brooks tweet this

Jenna said they kept watching sales and engaging with the clientele to figure out how to shift focus and better serve them. They want to retain a focus on small vendor products so they can get items unique to their shop that often have an Oklahoma-centric vibe not found in big-box stores or shopping malls but nudge their focus toward families.

“I think realizing that is where our money was coming from, we’ve tried to cater more to that,” Jenna said. “Originally, we were geared more towards college girls, but we’ve shifted now towards the people that are actually coming in so maybe a little more modest dress tops and things like that.”

Justin does believe that the district has untapped potential that would be a perfect area for a food-forward restaurateur to open a fun and affordable concept to further drive traffic into the downtown area.

“You take the Plaza, for example,” Jenna said. “You get to the restaurant and put your name in for a table, then you’ve got a 30- to 45-minute wait. You’re going to go walk around and pop in all the little stores down there. There may be a ton of stores in the Plaza now, but when it first began, there were only a handful of people there. And those shops have stayed and grown because more and more traffic has come to that district.”

“So, A Good Egg Dining,” Justin said, “if you’re reading this story…” 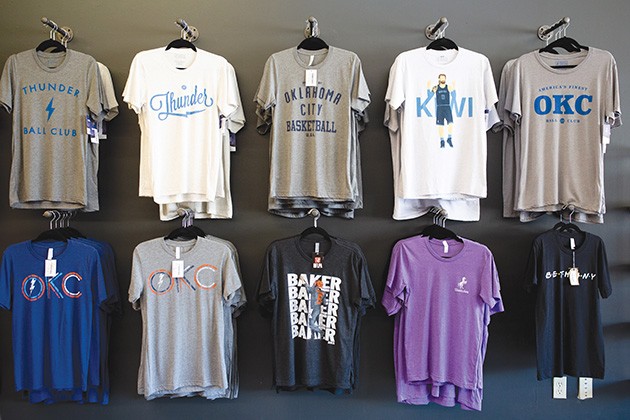 An unexpected challenge You and I faced this summer was the tumultuous NBA offseason that made some of the shop’s most popular T-shirts suddenly irrelevant. After trading away Russell Westbrook and Paul George, the Brooks had to reassess their strategy for shirt designs, moving away from player-specific shirts to more general team apparel. Despite the absence of the Thunder’s foundational point guard, Jenna said that You and I will continue to sell through the Westbrook shirts because he isn’t viewed with the same animosity as a certain other MVP.

“It was a much different territory than Kevin Durant when people were burning their T-shirts because they were so angry with him for how he left,” Jenna said. “This was such a different turn that people were like, ‘I still love Russ. I don’t care who he plays for.’ And I do too, and I want to see him get that ring, even if he’s not with us.”

Making it past the one-year mark is an important milestone for You and I, Justin said, adding that they knew going in that they were coming in at the ground level. Jenna added that the highly rated Bethany public school system continues to draw in more young families and their very presence will shift Bethany. She believes that the time has come to start attracting other businesses that will make the area more attractive to those young families as well as finally attract the college students across the street.

But those amenities need to exist first, and Justin said that right now, most of You and I’s clientele is driving to the shop specifically rather than strolling through the area. It’ll take more than just one restaurant or another retail shop; there have to be other options to continue driving traffic throughout the day.

“I would love to see a kind of Roxy’s-style ice cream shop,” Justin said, “a place for people to drop by after school. There’s a coffee shop that recently reopened, and we’ve already seen an influx of their customers come in here too. We want to help create an area where people can just hang out and not feel like they have to get into their cars to head somewhere else to eat or to shop.”