Craig’s Curious Emporium features metaphysical, spiritual and unique items you will have a hard time finding anywhere else. 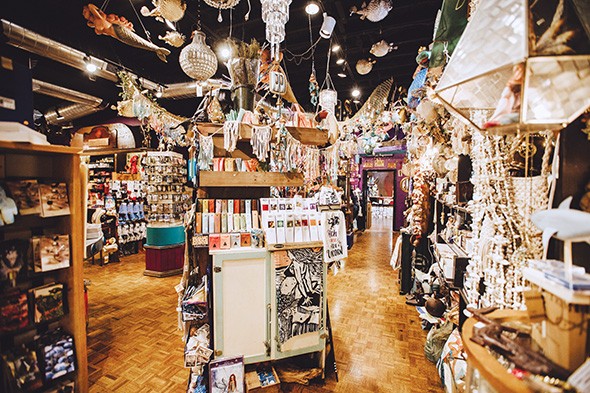 Opened in 1995, Craig’s Curious Emporium slowly became a staple in The Paseo Arts District until it moved last August. Relocating to the corner of NW 23rd Street and Classen Boulevard not only provided much more space, but it also helped introduce the unique store to people unaware it even existed.

Craig Travis first opened Craig’s Emporium in what is now The Other Room on his 25th birthday. Three years later, Craig’s moved across the street, where it stayed for more than 20 years. Travis had a front-row seat to watch the Paseo grow and evolve over time, but he remembers nearby stores and galleries being locked in his first few years.

“Most of the galleries were too scared to be opened, so you had to be buzzed in,” he said. “The first year I was there, I would go for two or three days without somebody even coming in the door. I read a lot of books that summer.”

Travis tried to buy the building in the Paseo, but he said an under-the-table deal between other parties ultimately prevented him from doing so.

“Things happen like they’re supposed to. We teach karma; karma comes around and does what it does,” Travis said. “I think we come out smelling like a rose because, I mean, the new purchase is hundreds of thousands of dollars less for four times the space and 10 times the traffic. The traffic is incredible, and I would say we’ve just really come out ahead.”

Travis bought the new building, restored the storefront display windows and painted the panels Pride colors. With the move, the store also grew from 1,500 square feet to 8,000.

“It’s more comfortable, and there’s more magic. I probably should have moved sooner; I really should have. The customers that come in are just more at ease; they’re not on top of each other. The trade-off has been phenomenal,” he said. “The rainbow actually has a double meaning. My partner and I are getting married in the fall. And the front of the building is actually gay Pride, and then as it rounds the corner, it becomes chakra because chakra has seven colors; gay Pride is only six.”

The new location, which is the former home of Macias Dance Center, has been good for business, Travis said. He speaks with people almost daily who had no idea Craig’s existed in Paseo because they never really explored that area. Its new community has also been very welcoming.

“This area has been open-arms the entire way. We met the pastors of Trinity [Baptist Church] next to us, and you would think that a metaphysical store and a Baptist church would not get along,” Travis said. “They came over and they said, ‘We’re so happy with what you’re doing. This corner has been so terrible for so long that we got 10 parking spaces reserved in our parking lot for you.’”

Travis describes the store’s inventory as “things you can’t find in the city anywhere else.” The store sells clothing, healing stones, tarot cards, suits of armor, crystal balls, rosaries, various Egyptian-themed items and much more. Travis often does not know where to refer people who are interested in larger selections of their items.

“Our slogan is, ‘The most magical place in Oklahoma,’ and it’s all of the fantastical items that you can’t find other places,” Travis said. “It’s a treat for the senses — there’s great music, there’s smells, there’s a giant waterfall.”

The store also features items made in-house like candles, incense, fragrance oils and jewelry; Travis even boasts its patchouli is “the best in the state.” He said customers can expect a good experience with positive energy and great customer service. 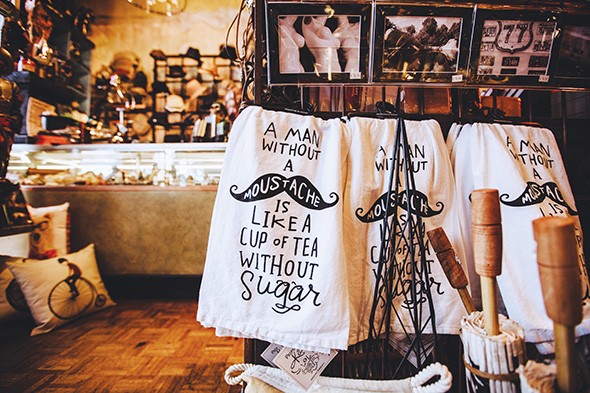 “There’s a massive amount of good energy here, and when you step in, people immediately feel it,” he said. “We do free gift wrap. The employees are knowledgeable about all of these unusual items that you see in the store because things take explanation sometimes. And a lot of the things we make ourselves here. You can see people making jewelry in the store, which is really nice because if you want something altered — say you want this necklace but in a longer chain or this earring as a pendant — it can be done right there in front of you.”

Craig’s has sold these types of items throughout its 23 years in business, so Travis said they know their way around them. With metaphysical items regaining popularity, he said they seem to be leading the pack and providing truly unique products and experiences.

“Many of our suppliers don’t sell to any other stores in Oklahoma City, or we’re their best customer in the region because we do so much business with them. That’s a lot to be said for a small, one-location store,” he said. “One of my favorite things is when people bring friends or out-of-town guests into the store; they’re never disappointed or overwhelmed. It’s a gift just to bring somebody in here.”

Craig’s also hosts Third Eye Saturday on the third Saturday of each month.

“We have tarot card readers, we have henna artists, we do lectures sometimes on magically enhancing your candles or conducting a séance,” Travis said. “That was so successful last fall that we’ve gone on to do tarot card readers every Friday, Saturday, Sunday — short of a holiday. … That’s generated a lot of interest; the readers are busy all day long, and we could probably add Wednesday and Thursday to the mix if we need to.”