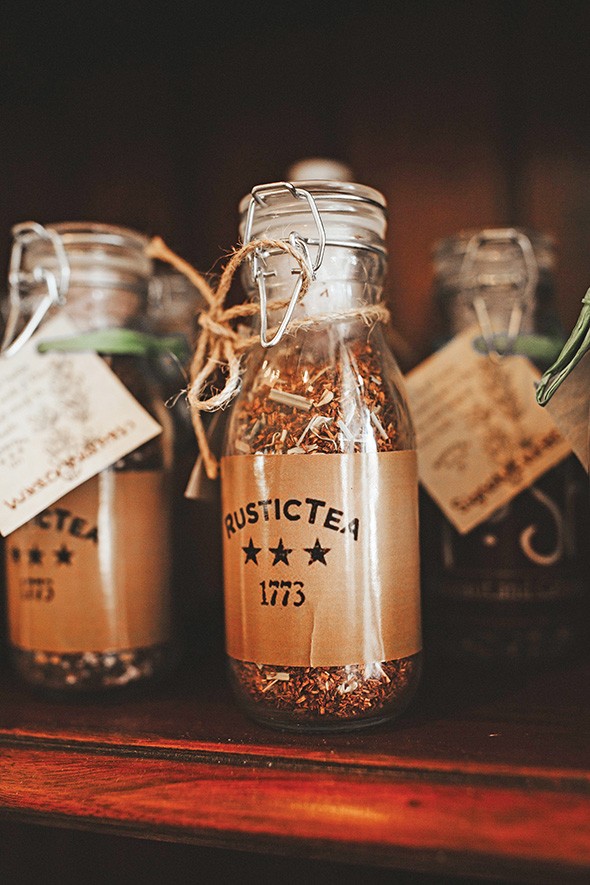 Channing Winblad started seeking natural remedies for her back pain after a long career in cheerleading.

Winblad is allergic to many pain medications except for ibuprofen, but she was starting to see side effects from that as well. She decided to do some research on her own and learned about the potential for pain relief from bath soaks made with tea.

After making her own, she saw a noticeable change in her pain management.

In August 2018, Winblad started Rustic 1773 Mercantile. The name is a reference to the Boston Tea Party.

“A lot of people who’ve had to stop using bath bombs, they want something to pamper themselves with in the bath,” she said. “But because of the citric acid and the baking soda that are in bath bombs, it throws off your pH level.”

Winblad said her customers have also complained about the high cost of bath bombs.

“They’re spending $8 to $10 per bath for their kids to have 30 seconds of something that disappears,” she said. “And then spending 30 minutes after bath time cleaning up the dyes out of the tub. Or their kids have a bad skin reaction. I just thought there had to be a better way to do bath time.”

After some exploration, Winblad settled on loose-leaf tea as a natural ingredient. Tea is popular worldwide and has been grown for thousands of years. However, Winblad said, not many in Oklahoma are aware that tea can be used in therapeutic baths as well.

“Here, people don’t realize that you can soak in tea and that it’s actually good for you,” she said. “[Those are] the two things that they struggle with the most. They’ll smell everything and go, ‘Oh, I just want to drink that.’ I say, ‘Buy the loose leaf and you can bathe and drink it at the same time.’”

Her teas come in several varieties, many of which have traditionally been promoted as having health benefits. For example, studies have linked tea to cardiovascular and metabolic health and a decreased risk of chronic illnesses.

None of Rustic 1773 Mercantile’s products contain artificial ingredients or preservatives, and Winblad promotes them as safer for more skin types.

“It’s absolutely more natural,” Winblad said. “And it really helps along with modern medicine. I have a lot of cancer patients who use this to help them get through chemo. I have a lot of new moms that use it for postnatal because they can bathe with baby.”

Winblad’s tea soaks come in two different sizes packaged in mason jars. The small size lasts about 10 baths while the large size should last for 35 baths.  There are 14 varieties of tea soaks available, and each offers its own targeted health benefits. 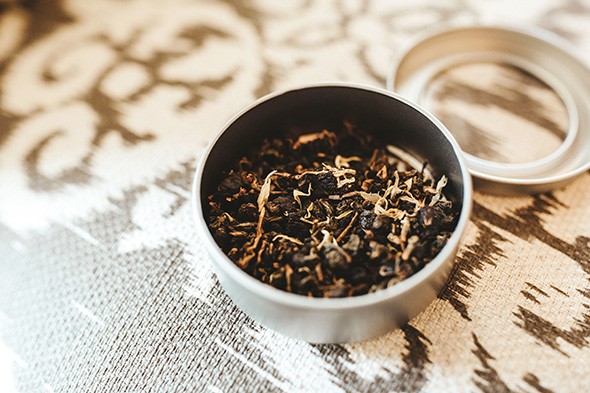 Winblad pointed out a few in particular that she said will be popular in the spring months.

Sauna Soak is a ginger oolong blend that can purportedly help reduce nausea and inflammation. Winblad called it a “natural Ibuprofen.” Another soak is called Herbal Spa and contains chamomile and mint for relaxation and sinus relief. Winblad said Lemon Velvet is a popular choice for those wanting to treat anxiety.

Each comes with a reusable sachet that lasts the life of the jar. This aids with cleanup as well because tea does not get into the tub or down the drain. Winblad said some of her customers have even used the soaks in hot tubs.

Winblad also pointed out that customers cannot “overdose” on the soaks. You can use as much product in the sachet as you want. It is also safe to handle, like for children who enjoy tactile sensations in the bath. She said her 3-year-old loves to play with the sachet.

Products can also be found at the Rustic 1773 Mercantile website and through local trade shows like An Affair of the Heart. Winblad is planning to attend 20 trade shows this year.

Rustic 1773 Mercantile offers custom orders and gift boxes, and its de-stressing products are popular, especially with bridal parties. The online store ships its products around the United States.