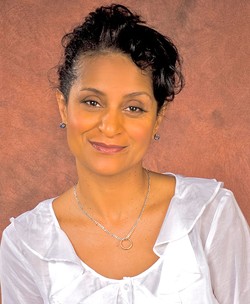 Visitors can interact with the history of cattle drives and cowboys in a new way Wednesday-Saturday at the 2017 Oklahoma Chautauqua in Lawton.

The annual event focuses on a different time period each year. Past topics have covered everything from the Cold War to Hollywood’s impact on American culture.

This year’s theme is The Great West: Cowboys & Cattle Trails, which centers on American history in the late 19th century. Five scholars reenact the lives of historical figures in nightly performances and present educational workshops about American culture in the time period.

“I love interacting with the five scholars who come and present these characters as first-person presentations,” said Frantzie Couch, chairman of Lawton’s 2017 Oklahoma Chautauqua. “We’ve had several who have been here more than one year. … They are all fascinating people, and they’ve done such deep research into their characters.”

The first event was a crossover between summer camp and an educational meeting near Chautauqua Lake.

“It started out as a program of personality lectures — entertainment with live performers,” said Couch.

The events slowed to a stop before the 20th century, said Couch, and when they recommenced, performers were no longer popular members of society. Instead, they were actors representing historical characters.

The Oklahoma Chautauqua program came back in 1991 with the Great Plains Chautauqua. There were programs in Oklahoma, Kansas and the Dakotas, but the undertaking of such a tremendous event was too much for organizers to maintain. The event returned to Lawton in 2008 and has remained a part of community cultural education.

Lawton’s programming is sponsored by Friends of the Lawton Public Library. Oklahoma Humanities Council and the National Endowment for the Humanities provide funding for Oklahoma Chautauqua programming.

Chautauqua events take place in Lawton, Tulsa and Enid every year and in Altus every third year. Historical reenactments are a unique aspect of Chautauqua events. Scholars research their characters carefully in order to answer community questions and create an accurate and interesting performance.

“They know so much about the historical context of their characters as well as the specific biography of the character,” said Couch. “[The scholars] just love Chautauqua — many of them have done it for 10, 20 and even 30 years.”

Scholars perform at all events within the state, traveling to Tulsa, Enid, Altus and Lawton this year to share their knowledge. This year’s workshop topics cover frontier patchwork quilting, Isaac Parker and Western cinema and law enforcement, among others.

Performers can only discuss the life of their characters within the time period of the event, which allows visitors to focus on how each character impacted the same historical period.

Museum of the Great Plains