This past spring, it was anybody’s guess what the state’s budget would look like for the upcoming fiscal year.

Allocating fewer dollars toward government services is a trend across the state mostly tied to slumping oil and gas prices. The downturn in the oil industry, coupled with policy choices made by state lawmakers, created the state revenue failure.

In Oklahoma City, Ward 5 Councilor David Greenwell described this past spring’s budget process as difficult. Oklahoma City, like many cities, relies heavily on sales tax dollars for funding day-to-day operations. The slightest ruffle in the economy can impact the city’s tax receipts. 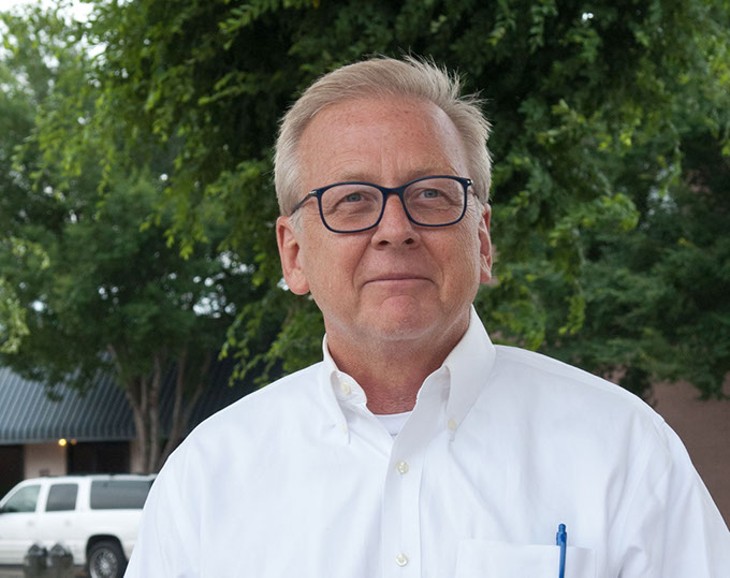 “Sales tax is the least stable source of revenue that a government can rely on,” Greenwell said in an interview with Oklahoma Gazette. “When there is just a hint of a downturn, it becomes a negative multiplier. People wouldn’t go out to eat as much. People will worry about their jobs being in jeopardy.”

It would take amending the state constitution before city leaders could think about restructuring tax policies and examining new revenue sources such as ad valorem, income or property taxes.

Greenwell and Ward 8 Councilor Mark Stonecipher call for creating a statewide task force to study revenue streams, tax policies and budget procedures at the state and local levels. The two presented their action plan through a city resolution that was met with unanimous support from the nine-member council at its Aug. 2 meeting.

“There are hundreds of stories of people negatively impacted by services cut because of the state budget,” Greenwell said. “Let’s use it as a motivating factor to bring significant changes. Let’s look at all our sources of revenue at the state and local levels to find more sustainable and stable sources of revenue.”

The city council is not alone in pledging support toward tax and budget reform. Oklahoma’s Republican Treasurer and economist Ken Miller has repeatedly called on lawmakers to broaden the state’s tax base. During the last two State of the State addresses, Fallin advocated limiting certain off-the-top funding, or money that is allocated outside the normal budget appropriations process.

The Oklahoma Academy, a nonpartisan public policy group founded by Gov. Henry Bellmon in 1967, began examining tax and budget reform issues in late 2013. The organization was propelled by survey results from community and business leaders across Oklahoma who listed the state budget, as well as current taxes and revenue policies, as the most critical issue in the state. Last October, 150 participants conversed about the topic for a town hall meeting that produced recommendations of transparency in state budgeting and comprehensive tax reform.

As outlined in the 2015 town hall issue brief titled Oklahoma Priorities: The Government & Taxes We Want, The Oklahoma Academy endorses tax reform that could include removing certain sales tax exemptions and income tax credits and broadening the sales tax base. The group advocates for new laws that authorize cities and counties to raise revenue from sources other than sales tax. Additionally, it supports taxing internet sales.

“No one is really in favor of having to pay taxes, but we all want services,” said Julie Knutson, Oklahoma Academy’s president and CEO. “Let’s look at different ways we could tax that doesn’t make it worse for those at poverty level, doesn’t bleed the middle class nor is unfair to those that make the most money.”

According to an analysis by the Institute on Taxation and Economic Policy, Oklahoma’s state and local tax system takes a greater share of income from middle-and low-income families than from the wealthy. Often, middle and lower classes bear some of the heaviest tax burdens in states that count on sales taxes for much of their state and local revenue.

In regard to state budgeting, Oklahoma Academy backs new policies to increase transparency, including public posting of vital agency budget data and federal matching programs. The academy believes budget bills should be available to all legislators and the public five legislative days prior to floor votes.

Leaders from municipalities and counties across the state — as well as some state lawmakers and representatives from the Oklahoma Tax Commission — would form the task force. It would be encouraged to review all current policies and explore other practices in states similar to Oklahoma in population and economy.

“What we would like to do is find a better system that enhances our governments at the state and local levels for the benefits of our children, grandchildren and subsequent generations,” said Greenwell, who plans to serve on the task force if it’s created.

Members of the Oklahoma City Council are encouraging other municipalities and counties to pass similar resolutions in favor of the task force. Task force backers plan to share the resolution with the governor and House and Senate leaders in the hope they will form the task force.

Now is the time for one to meet, argues Greenwell, who believes revenue collections will remain low over the next six months. The two-term city council member doesn’t want to see the state face another billion-dollar shortfall come next spring.

“I am afraid it could be even worse,” Greenwell said, “if we don’t start addressing the issue now.”