We’ve talked about the need to replace Oklahoma County’s jail before. 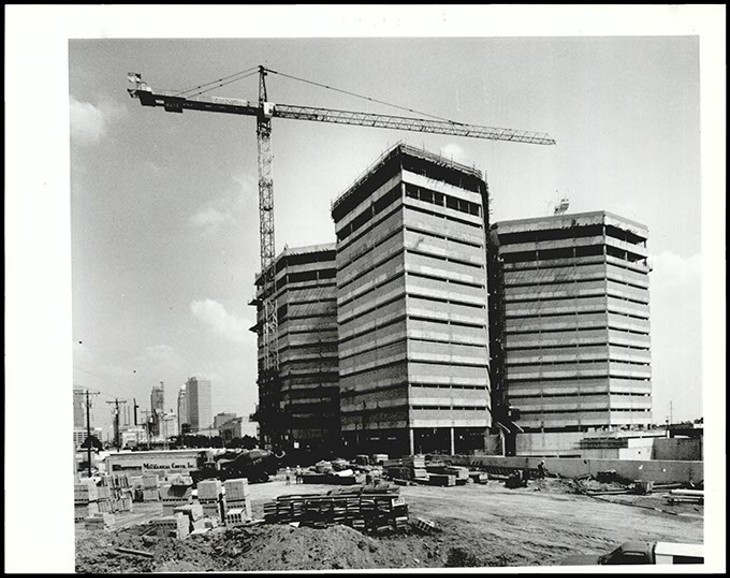 Editor’s Note: This is the first installment of an ongoing series about Oklahoma County Jail, its development and history, ongoing structural issues and and possible remedies. Visit okgazette.com for ongoing coverage, supporting documentation and more.

We’ve talked about the need to replace Oklahoma County’s jail before.

In the 1980s, Oklahoma County housed its prisoners on the top few floors of the courthouse, the same lockup used since the 1930s. Overcrowding there prompted threats of closure from state health officials and forced the Board of County Commissioners to act.

Commissioners set an October 1987 election seeking voters’ approval of a yearlong penny sales tax to raise about $51 million to build a new jail for county and city use. It passed. According to County Election Board data, in a light turnout, about 82 percent of voters supported it.

In 1991, the county began moving prisoners into the building only to learn that problems later blamed on design and construction flaws allowed opportunities for some inmates to escape.

Subsequent repairs addressed the problems. Even so, security and health issues plagued guards and inmates. Many problems continue today.

As the jail’s population grew, those difficulties became harder to manage, contributed to overcrowding and spawned another investigation. This time, however, the U.S. Department of Justice intervened. Its findings brought a new threat to close the lockup.

Later this year — much like 28 years ago — voters will likely be asked to consider approval of another sales tax increase in order to fund construction of a new jail that would avoid the problems that ravaged the prior one.

County representatives and designers told a reporter that they examined other new jails for ideas on how to make this one functional and aesthetically complementary to the central business district architecture around it.

Domby Zinn, HTB project director, said the task was challenging but HTB was up to it.

“We think this is a once-in-a-lifetime opportunity for Oklahoma County and Oklahoma City,” he said. “Great emphasis was put on the fact that it needed to be done right, and that it is probably the only jail Oklahoma County will ever build.”

The 460,000-square-foot, 12-story structure was designed in the shape of an X. Pods in each arm contained detention cells on all levels except the top and ground floors. It was configured with 50, one-inmate cells so that, theoretically, one centrally located guard could more easily manage each detention floor pod.

Staff offices and support spaces were placed on the ground floor. The cafeteria and laundry, meant to serve the inmate population, went into the basement.

Horizontal rows of “unbreakable” glass windows around the outside of each detention floor would allow natural light to flood its interior. Inside, walls would be made with reinforced concrete blocks.

A cash shortage during construction, however, prompted on-the-fly revisions that substituted or eliminated materials used to construct walls and windows.

These changes were later blamed for security weaknesses that enabled several attempted escapes. None were successful, although the public ridiculed county officials as tempers flared. 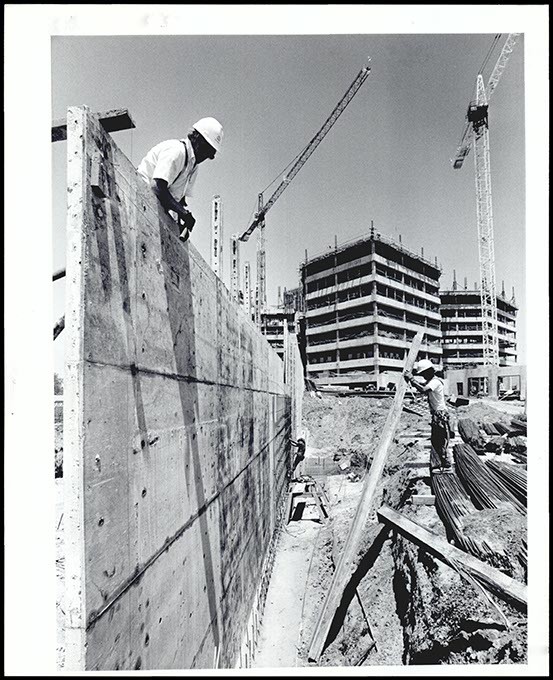 Oklahoma County Treasurer Joe Barnes expressed his anger at a December 1992 commissioners meeting in which a potential lawsuit against building designers and builders was discussed.

Barnes said other law-enforcement agencies would not house inmates in the new structure, meaning the sheriff was losing needed revenue.

“We now have a $5 million shortfall in the income. No one has addressed how (or whether) we are going to recover that,” Barnes said, according to minutes from the Dec. 21, 1992, Oklahoma County Board of County Commissioners meeting. “If it continues as it has for a another year to two years, we are looking at a cash shortfall of 20 percent to what the sheriff received last year to operate, and that is the problem. We need to get some answers.”

Commissioners, who heard the jail’s contractor and designers fault each other for the problems, also were upset.

Commissioner Shirley Darrell said she couldn’t understand why it took months to get an official report.

“Maybe we should get some of Sheriff (J.D.) Sharp’s inmates who are smarter than these other people. They know what’s wrong with the building, and they can tell us probably faster than anyone else,” Darrell said, according to meeting minutes. “And trust me; we are not going to get a sales tax on anything … The public has no confidence in the way we administered that money.”

Minutes from a Feb. 1, 1993, Oklahoma County Board of County Commissioners meeting show that commissioners demanded repairs from both the jail’s designers and builders and also ordered additional evaluations of the building.

Later that year, they sued Manhattan, HTB and RGDC, seeking remedies to problems with windows and interior walls. In addition, the lawsuit, CJ-93-5188, sought remedies for problematic furniture, leaky walls, floor construction and design, exterior wall mortar and other issues.

Minutes from a Dec. 6, 1993, commissioners meeting show that a split commission settled the case. It received $370,000 from Manhattan and two of its subcontractors, $153,800 from RGDC and an agreement from another subcontractor on the project to pay the county $6,500 and guarantee to repair ongoing plumbing problems.

Legally, the issue was settled, but controversy about the building remained. Eventually, one of the jail’s designers was acquired by a competitor, and the other was reorganized. Manhattan, meanwhile, found itself an unsuccessful bidder on Oklahoma City-area government construction projects for years to come.

The jail’s construction remained controversial through the mid-1990s. In 1995, a county grand jury was seated to investigate. While it didn’t find any criminal wrongdoing, it had no problem assigning blame. 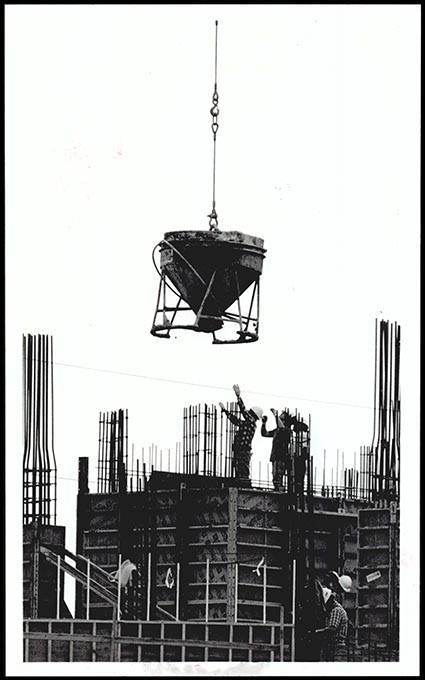 Print headline: Locked up, The history of Oklahoma County’s jail is a controversial one filled with frustration, investigations and public ridicule.