The buzz around Matisse in His Time: Masterworks of Modernism from the Centre Pompidou, Paris, the internationally touring art exhibit making its only North American stop at Oklahoma City Museum of Art (OKCMOA), has given city residents reason to further explore French culture. The museum is happy to accommodate the demand.

This year, OKCMOA, 415 Couch Drive, is expanding its annual French Film Week into a monthlong celebration screening 11 films through July. The month’s first three features, Dheepan (2015), A Day in the Country (1936) and The Lower Depths (1936), were shown earlier this month.

Becky Weintz, OKCMOA director of marketing and communications, said French Film Week, usually scheduled to coincide with France’s Bastille Day on July 14, is already one of the museum’s most popular annual film events. OKCMOA is expanding it into a monthlong occasion because of the excitement around the Matisse exhibit.

Weintz estimated Matisse in His Time drew more than 10,000 visitors in its first two weeks after opening June 18.

Impressionist painter Pierre-Auguste Renoir is one of the artists included in the exhibit. Renoir’s son, Jean Renoir, is one of the most famous French filmmakers of all time. OKCMOA is screening five of his films in its French Film Month in a rare opportunity to be fully immersed in the work of the father-son duo.

“You can see the paintings of Renoir and then go see the films by his son,” Weintz said. “It’s very cool, and a lot of Jean Renoir’s films really pay homage to his father, to what he painted and that impressionist look.”

French Film Week is not the only themed film offering the museum presents to its guests. Features from Studio Ghibli, a Japanese animation studio, are regularly screened around the holiday season, and OKCMOA screened a number of movies David Bowie appeared in after the musician’s death earlier this year.

Weintz said there are many opportunities to engage with Matisse and the ideas presented in the exhibit besides seeing the art or going to a movie. Every Saturday, OKCMOA’s all-ages Drop-in Art class gives visitors a Matisse-inspired craft project to work on. The classes are free for museum members or with paid admission. Visit okcmoa.com for class times.

“We are really using Matisse as inspiration for a lot of what we’re doing over the summer,” she said.

Metropolitan Library System has also used Matisse in His Time as an opportunity for expanded activities. A Matisse reading list is posted on the library website, metrolibrary.org. Weintz said a Matisse-themed activity at the Edmond Library attracted around 250 participants.

“It’s exciting for the city, and I feel like that’s reflected in the interest we’ve had from other groups that are outside of the museum,” she said.

OKCMOA is offering theatergoers a French Film Pass for easy access to all this month’s French screenings. For $60 ($40 for museum members), passholders get a lanyard granting them access to all of the screenings and a free ticket to the Matisse in His Time exhibit.

Passes are only available for purchase in person at the museum box office.

Renoir’s film borrows from French comic theater and was made in France on the precipice of World War II. The movie was voted the fourth greatest film of all time in the 2012 Sight and Sound poll.

If the mere mention of a country music festival somewhere in rural France is not intriguing enough, maybe the excitement of a neo-Western featuring enemy terrorists will put this on your “must-watch” list.

Emmanuelle Bercot gives a Cannes Film Festival Best Actress-winning performance as a mother and attorney who must fight to overcome the challenges of recovering from a serious ski accident as she reflects on her life and relationships.

Vincent Lindon won multiple Best Actor awards, including at the 2015 Cannes Film Festival, for his role as a middle-aged former factory worker who finds himself in a number of ethical quandaries on his new job as a security guard.

Jacquot’s film adaptation of the 1900 Octave Mirbeau novel sticks closer to its source material than Renoir’s English-language version in 1946. This telling is beautifully shot and uses episodic storytelling to navigate between the past and present.

She loves to sing, and no one is brave enough to tell her she’s absolutely tone-deaf. Catherine Frot plays Baroness Marguerite Dumont as she humorously pursues opera stardom in 1920s Paris. 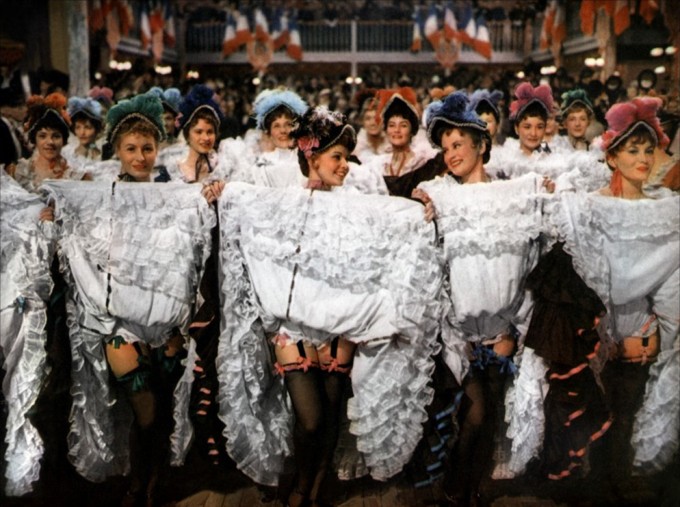 The owner of a failing cafe revitalizes his business when he introduces the traditional cancan dance to his venue, launching the famous Moulin Rouge. The beautifully vibrant look at Paris in the 1890s has been called the “perfect homage” to the work of Renoir’s father, Pierre-Auguste Renoir.

Ingrid Bergman stars as a Polish princess whose beauty and elegance entraps several men in high-stakes, impassioned pursuit. Filmmaker and critic Jean-Luc Godard called it “the most intelligent film in the world.”