Oklahoma City’s creative community mourns the loss of Will Ogletree

When local musician, comic and open-mic host William Ogletree died in late August, it was a loss felt by a broad swath of Oklahoma City’s entertainment community. The far-reaching sense of loss is a testament to Ogletree’s creative tenacity and warm, friendly nature.

A devoted fan of professional wrestling, Ogletree died in an accident while participating in an unsanctioned amateur match at Blue Note Lounge.

Friend and roommate Alex Sanchez said while the loss is tragic, there was nothing that could have kept Ogletree away from the ring.

“Will died maybe the best way I’ve ever heard of anybody dying,” he said. “He died doing his favorite thing surrounded by people who love him. We can only aspire to that. He was my home, and I’ll miss him.” 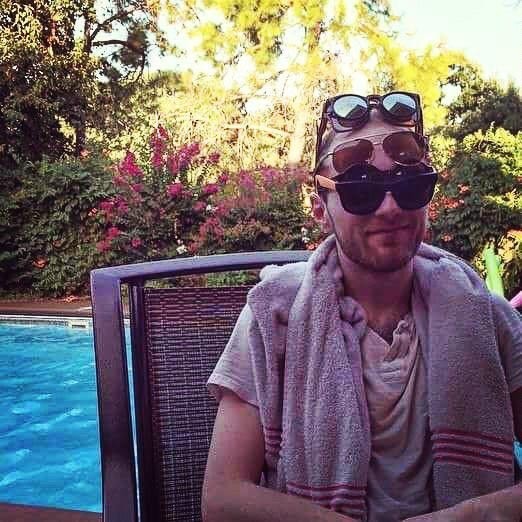 As Sanchez first met Ogletree around five years ago while both were attending the Academy of Contemporary Music at the University of Central Oklahoma (ACM@UCO), he had the same thought so many others who encountered Ogletree through the years have shared: “I have to make this guy my best friend.”

“He was really positive, high-energy and so funny — just really, really funny,” he said.

Sanchez ultimately succeeded in growing a close-knit bond with him. The two became roommates just two months after meeting. (They also roomed with mutual friend Aaron Rodgers — no relation to the football player.)

“I hadn’t met a ton of friends at that point,” Sanchez said, “and after meeting Will, I didn’t have to make a ton more.”

Sanchez and Ogletree did many things together and were almost as inseparable as a pair of twins. A few years later, they started attending comedy open mics together. Both of their comedy careers started about three years ago at the public access open mic at The Venue OKC.

Ogletree at first just went to support Sanchez, whose life dream was to become a comic. But only a few shows later, Ogletree started delivering his own material at the open mic. Sanchez immediately noticed he was a natural.

“His comedy was real high-energy, very silly,” he said. “It was just an infectious joy that you don’t get a ton of in comedy.”

About a year ago, Sanchez and Ogletree began cohosting The Venue’s open mic. It was a role almost custom-made for someone as warm and positive as Ogletree.

“He was so welcoming,” Sanchez said. “That was the way everyone always described him. He was so nonjudgmental, and whatever anyone wanted to do, he was here for it. He was supportive and just had the biggest smile.”

Ogletree was not only strongly committed to participating in local creative scenes but encouraging others to do the same.

“He was incredibly well liked,” Sanchez said. “There was no one I met who ever had a bad thing to say about him. He was the good twin.”

When British alternative rock band This Town Needs Guns was set to play the ACM@UCO Performance Lab in 2013, The Hitt Boyz was destined to be on the bill. Ogletree made sure of it.

Adam Thornbrugh, a founding member of the former OKC-based post-rock band with Ogletree and current member of Tallows and Wildings, said his bandmate sent constant tweets to the promoter until Hitt Boyz was finally added as an opener. Ogletree was always one to take matters into his own hands when possible.

“He was a goddamn doer,” Thornbrugh said. “When he wanted to do something, he did it, and he did it well.”

Thornbrugh met Ogletree at ACM@UCO and became friends with the gifted guitarist after he noticed him wearing shirts from Modest Mouse and other bands of which Thornbrugh was also a fan.

Songwriting with Ogletree was one of Thornbrugh’s favorite activities. He said Ogletree was naturally good at music and had an innate ear for melody. The guitarist was known for coming up with unorthodox musical arrangements that always seemed to somehow work.

Ogletree also worked to encourage the work of fellow musicians and build personal relationships within the music community — often acting as a conduit of friendship.

“Will was one of those rare instances of just concentrated kindness,” Thornbrugh said. “When I was with Will, I felt like it was so much easier to relate to everyone else because everyone liked Will.”

Ogletree left each creative community closer together than before he arrived. Thornbrugh hopes the relationships he helped cultivate will continue to grow.

“I loved him very dearly,” he said. “He’s one of the best people I’ve ever had the pleasure of meeting and being friends with. I hope the relationships in the communities that Will helped to build continue to exist. I’m going to miss him a lot.”

On the long drive home, Porter was surprised to hear Ogletree use the time to discuss ways to get other young comedians opportunities out of town.

“His thing wasn’t, ‘Hey, how can I get booked on some more of this stuff?’” Porter said. “It was, ‘How do we get these other guys on things like this?’ That was the conversation that we had, and that’s just the sort of guy he was.”

Ogletree’s drive to promote the work of young artists could be seen in his duties hosting The Venue’s open mic — one of the few, if not only, places in the metro for comedians under 21 to test their stand-up chops.

“What he did in hosting that open mic with Alex [Sanchez] is so huge,” Porter said. “That they kept that going and provided a place for those kids to come and do their poetry and music — if there is a legacy to be had in OKC comedy, it’s that Will gave those kids a place to get up and tell jokes.”

A lot of stand-up has a tendency to get dark because many comics use laughter as a sort of self-therapy. Porter said Ogletree’s work often represented a change of pace that celebrated silliness and pure joy.

Aside from just comedy, Porter and Ogletree also bonded over a shared love for professional wrestling. Like everything else in his life, it was a matter of when, not if, Ogletree would ever step into the ring himself. He was not one to view life from the sidelines or the stands. In every pursuit, Ogletree wanted to become part of the action.

“When I tell people about Will for the rest of my life, it will be that he flung his whole body at life,” Porter said. “He didn’t hold back. If something made him happy, he pursued it. He died playing music and being a comic and being a wrestler. He did everything that made him happy.”

Print headline: ‘He was my home’, Oklahoma City’s creative community mourns the loss of Will Ogletree.