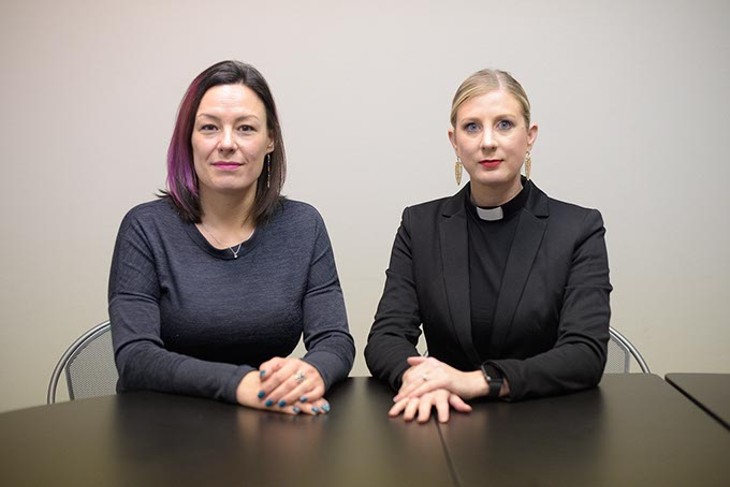 Women’s reproductive rights have been under scrutiny in Oklahoma for years. While no bills restricting abortion services were signed into state law in 2016, pro-abortion rights advocates faced a fight as a group sought a public vote to outlaw abortion and state lawmakers pushed legislation for sending abortion doctors to prison.

However, before the year’s end, the Oklahoma Supreme Court struck down a law that would have required physicians who performed the procedure to obtain admitting privileges at nearby hospitals. The court found that the 2014 law placed an “undue burden” on abortion access, deeming it unconstitutional.

But weeks earlier, Donald Trump was elected president. He has said that he intends to appoint an anti-abortion rights judge to the Supreme Court in an effort to overturn Roe v. Wade, the landmark U.S. Supreme Court decision that affirms the right to have the procedure.

Just days after the 44th anniversary of Roe v. Wade, which also underscores the principal that women’s decisions about their bodies and health are made with doctors and without government intrusion, Oklahoma Gazette interviewed leaders of Oklahoma Coalition for Reproductive Justice (OCRJ).

Since 2010, the grassroots nonprofit has promoted all aspects of women’s reproductive health care and reproductive justice through advocacy, education and legislative action statewide.

“We spend a lot of time working on access to abortion, but that certainly isn’t what we envision ourselves as, an abortion group,” Foley-McKenna said. “Reproductive justice focuses on human rights issues, more than just the legal ramifications of choice.”

Added Speidel, “Justice is a word that broadens the work that we are doing. … The end goal is to have justice for all intersectionality. There is so much that affects a woman’s decision and her life when it comes to raising a family. Rights are within that framework. Rights are just a position of what a justice vision is.”

The politics of reproductive rights

In the Sooner State, anti-abortion advocates annually propose new methods to restrict abortion access. This leaves the pro-abortion rights movement, including members of the Oklahoma Coalition of Reproductive Justice, on the defense, advocating for lawmakers to vote against what they believe are harmful proposals and pledging to file court challenges to block those proposals from becoming laws.

“Oklahoma has a trend of being a little more hostile towards choice and reproductive justice in general,” Speidel said. “We tend to be at the forefront of bills that go the extra mile toward reducing access to safe and legal abortion services.”

For the second year in a row, Americans United for Life, a national anti-abortion advocacy group, named Oklahoma the most anti-abortion state in the nation based on current state laws.

In 2011, state lawmakers passed a ban on abortions made after 20 weeks of pregnancy. The law stands today, along with measures to mandate state-directed counseling and a 72-hour-waiting period before a procedure can be done.

Last session, as lawmakers debated whether public schools should be required to teach an anti-abortion message to highschoolers and whether doctors should be stripped of medical licenses for performing the procedure, Foley-McKenna said the coalition felt powerless in their efforts to advocate for advancing family planning services and other women-friendly policies.

It’s a constant battle: Fighting against what the coalition views as harmful legislation as it pushes policies to uplift Oklahoma women and families, Foley-McKenna said.

“With the anti-choice legislation over the past few years, it’s such a shame we have to spend so much time on bills that are unconstitutional when there are so many other needs in our state,” Foley-McKenna said. “We, as an organization, want to grow and tackle issues like environmental justice, economic security and education, but we spend so much time on abortion.”

When Oklahoma’s legislative session begins Monday, one proposal calls for banning abortions after detection of the heartbeat. Sen. Paul Scott’s (R-Duncan) Senate Bill 710 calls for amending the state’s Heartbeat Informed Consent Act. Currently, state law requires medical professionals to determine “if the embryonic or fetal heartbeat of the unborn child is audible,” and offer patients the option to hear the heartbeat. SB 710 proposes that medical professionals cannot terminate a pregnancy if a heartbeat is detected.

Since a heartbeat can be detected within the first five or six weeks of pregnancy, the measure would shorten the window in which the procedure can be performed by more than three months. There also would be no exceptions in the ban, such as considerations for rape, incest or the mother’s health. “We need to fight for that baby and acknowledge that it is in fact a human being with the right to live,” the bill’s author said in a Jan. 20 media statement.

“We, as an organization, feel it is a waste of time and resources during a time when we are facing budget restraints,” Foley-McKenna said.

Despite a proposed “heartbeat bill,” coalition members are encouraged and optimistic about a number of dissimilar bills filed to advance the health and wellbeing of women and families.

Five lawmakers have proposed legislation dealing with paid family leave, including Sen. J.J. Dossett’s (D-Sperry) Senate Bill 143, which calls for creating the Paid Family Leave Act. Under the act, a family temporary disability insurance program would provide up to six weeks of wage replacement benefits to workers who take time off to care for a seriously ill child, spouse, parent, grandparent, grandchild or sibling or to bond with an infant. The bill mirrors House Bill 1815, filed by Rep. Jason Dunnington (D-Oklahoma City).

Beyond paid family leave, the coalition supports Rep. Collin Walke’s (D-Oklahoma City) efforts to restore the earned income tax credit, a benefit that was stripped away from low-income working families last year in order to balance the budget. The coalition also focuses on legislation dealing with health care, child care subsidies and education. Bills like these and their authors will be applauded during the coalition’s Feb. 13 Pink Love event at the Capitol.

“There are more and more positive bills that we are able to highlight each year,” Speidel said. “It is our joy to stand up and say, ‘Look at these amazing bills that can change people’s lives for the better. Let’s focus on how we can really make a difference.”

As debates over women’s health and abortion rights ramp up locally and nationally, the coalition also has seen traffic to its website (ocrj.org) surge. Last month, OCRJ joined other local organizations and thousands of people for the Jan. 21 Women’s March on Oklahoma at the state capitol, endorsing women-friendly policies.

Foley-McKenna and Speidel said OCRJ works to debunk the notion that views opposing dominant red-state beliefs aren’t important, and that common ground can be found between anti-abortion and abortion rights advocates.

“We don’t think living in a red state should be a discourager,” Speidel said. “You can come together and make a difference. Voices together can say something different. We are capable of changing the culture.”