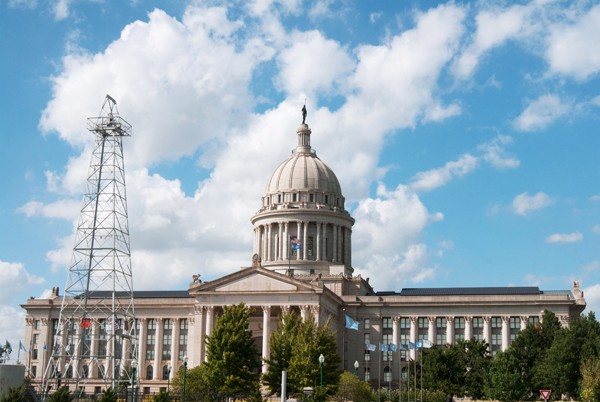 Oklahoma relies on its energy sector. Fortunes in gas and oil have been made across the state for decades.

But 2015 was an especially prosperous year from at least one county in the oil and gas business.

According to economic and demographic data aggregator and analysis firm Headlight Data, Oklahoma County led the nation in job creation in oil and gas last year.

The county’s 660 jobs created were 230 more than Kern County, California, which had the second highest totals.

One of the biggest reasons Oklahoma City tops the list is because the state’s oil and gas production is diversified, experts said.

“The oil and gas sector in Oklahoma City is very different than in the state of Oklahoma as a whole,” said Roy H. Williams, Greater Oklahoma City Chamber CEO. “Oklahoma City has the energy company headquarters, not the drilling and much of the service sector, which tends to get the brunt of a downturn when commodity prices drop. Companies tend to pull in during downturns, which sometimes mean consolidation and moving things to one location rather than many locations. Headquarters tend to be that one location.”

According to Chris Engle, Headlight Data president and chief analyst, Oklahoma City’s job creation surge goes against the trend the county had been on.

“Oklahoma County in OKC created nearly 700 oil and gas jobs in 2015, the most of any county in the US,” Engle said. “This 7.6 percent growth rate occurred after a decline of 5.2 percent the previous year. This growth demonstrates the strength of Oklahoma City’s employers in the face of low energy prices.”

The economic and workforce development website produced its numbers by studying Bureau of Labor Statistics data.

Specifically examining the 261 oil and gas economies that showed the greatest increase and decrease in job production allowed the company to formulate its list.

Out of 261 counties with oil and gas economies, two of the top 10 — Ector County and Montgomery County — are in Texas, according to Headlight Data.

The nation as a whole has benefited from oil and gas since 2000, when job creation stood at nearly 125,000 people employed in some capacity.

According to Headlight Data, job creation in the oil and gas sector grew 22 percent and created 34,000 new jobs in the past five years.

No place in the United States showed as much growth as Oklahoma City, according to the study.

“The oil and gas sector represents about 3 percent of employment in the OKC metro,” Williams said. “While it has contracted, the aviation and aerospace sector, the biosciences sector and the hospitality sector have all seen growth. As well, there is a shortage of IT talent in the region. So we are now very diversified with many strong economic sectors.”

Yet not all the news coming out of the Headlight Data report was good for the state.

While Oklahoma City was No. 1 in job creation, Washington County was No. 6 in job losses in the oil and gas sector.

But that was a fraction of the number Harris County, Texas (Houston) lost, leading the list with 1,413.

Print headline: Good gas, According to a recent study, Oklahoma County’s oil and gas economy is in good shape.