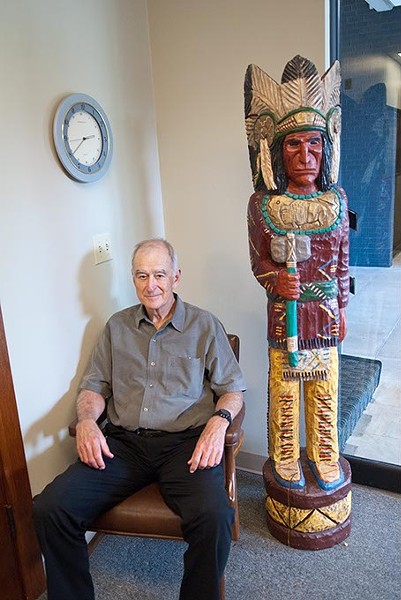 Kent Frates is no stranger to crime in Oklahoma. He has actually made a specialty of it. A practicing lawyer for 50 years, he has seen his share of crime, but not as much in the courtroom as in historical records. The author of numerous books, articles and a screenplay, Frates has made notorious local crimes his bailiwick.

“Well, I wrote another book called Oklahoma Courthouse Legends [2010] and in that book, I wrote about every county in the state related to the courthouse, about a crazy sheriff, or an escape and other escapades,” Frates said.

His newest book, Oklahoma’s Most Notorious Cases, is a sequel of the book, in a sense. He made use of court documents and historical records to put together a greatest hits of gripping cases that made state and national headlines.

“I had done a lot of research, and of course, some of these cases came to light. I mean, they were famous anyway, but they caught my attention, so I decided to write the book,” he said.

The book is an easy read and gripping for lovers of true crime and police procedurals.

Frates manages to keep the tone light — but not dismissive — despite the seriousness of the events. He also interjects a sense of humanity into what would otherwise be a dry history of the trope of bad people doing bad things. His intimate understanding of the law — both its strengths and weaknesses — allows the reader to feel real compassion for the victims and, in some cases, the perpetrators.

While Courthouse Legends is entertainment reading, Notorious Cases delves into the crimes that shocked the community and includes as much of each story as Frates could dig up.

There is a lurid, true crime element to the book, but don’t expect shocking photos or details beyond the facts necessary to the narrative.

There were cases that Frates included in the book because of their shocking nature. The June 1977 murder of three girls, termed the Girl Scout murders, is one example. The crime at Camp Scott in northeastern Oklahoma remains unsolved.

“I think that one [the Girl Scout murders] is the one that sticks with the me the most, even more than the [Alfred P. Murrah Federal Building] bombing. It’s the nature of the crime and the fact that it remains unsolved, no matter how much homework. That one’s the worst,” he said.

Other cases in his book include the Machine Gun Kelly case, United States v. David Hall, the Sirloin Stockade murders, the Karen Silkwood case and the Oklahoma City Bombing. When he talked about researching his books, he said he was overwhelmed with the support he got from local law enforcement and historical record-keepers. He also mentioned the high number of contacts he cultivated while writing his 2010 book.

“Being a lawyer for so long, you get to know people,” Frates said.