Oklahoma Gazette breaks down the best in film in 2017

by Phil Bacharach and Ben Luschen

It has been a strange year. The sexual predations of Hollywood movie mogul Harvey Weinstein sent shockwaves nationwide and launched the #MeToo movement, but the scandal’s impact on mass entertainment has been colossal. Once-storied careers now look kaput. For just-released All the Money in the World, director Ridley Scott chopped out scenes with disgraced Kevin Spacey and hurriedly recast 88-year-old Christopher Plummer as billionaire J. Paul Getty. Louis C.K.’s masturbatory excursions halted release of his dubiously titled picture I Love You, Daddy. Allegations around Emmy-winning actor Jeffrey Tambor forced his departure from the Amazon series Transparent. Dustin Hoffman, Sylvester Stallone and more are paying the price for past misdeeds as reputations crash faster than December temps.

Through the tumult, the movie biz trudged ahead with requisite remakes, sequels and superhero franchises. Given the post-Weinstein reckoning and its subsequent empowerment of women, it was only fitting that Wonder Woman emerged as one of the best comic-book flicks in recent years. The work of director Patty Jenkins and star Gal Gadot resonated with audiences and critics alike.

That film was hardly alone. Amid social upheaval, political polarization and a radically changing entertainment industry, 2017 actually proved to be an outstanding year for movies. The following ones were my Top 10, but there were many great ones to choose from. 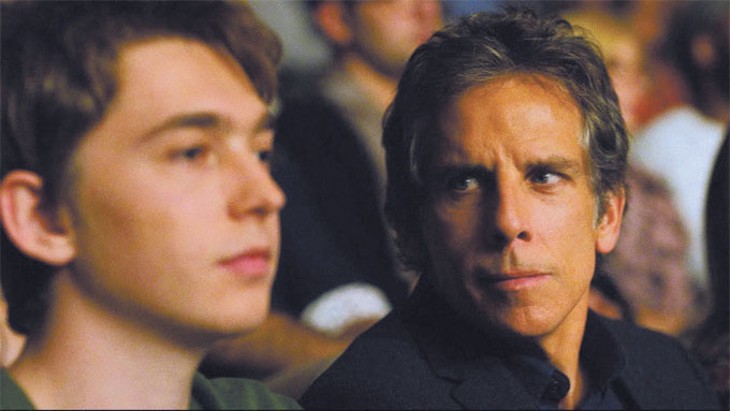 Writer-director Mike White doesn’t shy away from people who might be unlikable but are all too relatable. His approach is a perfect fit for an actor like Ben Stiller, whose perpetual agitation is put to good use as the title character in Brad’s Status. White mines cringeworthy humor and quietly devastating pathos from midlife crises, parenthood and Facebook. 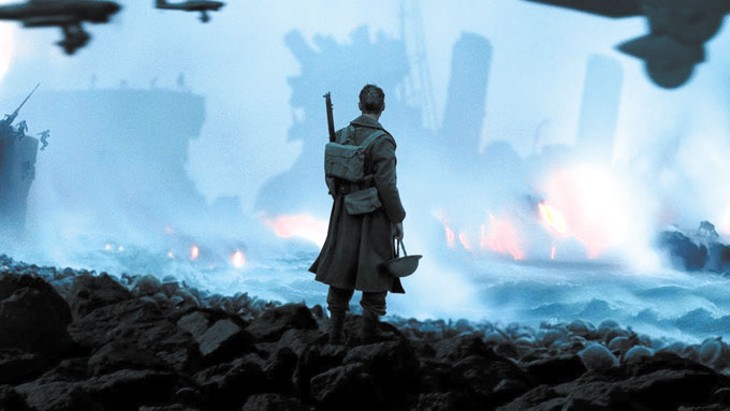 Overheated, occasionally overwrought and with the subtlety of a kick in the scrotum, this effort by playwright Martin McDonagh has become a love-it-or-hate-it flashpoint among critics. I’m in the love-it camp. Three Billboards is ferocious, funny and populated with characters that would’ve made Elmore Leonard proud. Frances McDormand is a vigilante mom who publicly shame the town police chief (Woody Harrelson) for her daughter’s unsolved murder. Someone who throws as many punches as writer-director McDonagh is bound to miss a few times, but when he does connect, the guy draws blood.

Failed art is a difficult thing to celebrate, at least if you hope to laugh at it without looking like a smug jackass. James Franco navigates that tricky tightrope and does a magnificent job of it in The Disaster Artist. He is hilarious as Tommy Wiseau, the heavily accented mystery man who wrote, directed, produced and starred in 2003’s The Room, arguably the worst movie ever made. Franco, who also directed The Disaster Artist, has obvious affection for the subject matter, elevating the movie beyond what otherwise could have been an exercise in cruelty.

Nothing adds perspective like the passage of time. Consider the saga of former Olympic figure skater Tonya Harding. In 1994, she was widely reviled and barred from the sport for life following her involvement in an attack on teammate Nancy Kerrigan. In I, Tonya, a witheringly funny and surprisingly poignant biopic, we see a heretofore-overlooked side to the sordid drama. Margot Robbie is extraordinary as Harding, a working-class redneck whipsawed between vicious mom Allison Janney and sleazy husband Sebastian Stan. I, Tonya proves the old adage that comedy is tragedy plus time.

Netflix produced some of the year’s finest films with tales ranging from modern-day angst (I Don’t Feel at Home in This World Anymore.) to a girl and her genetically modified super-pig (Okja). The best of the lot was Mudbound. Based on the Hillary Jordan novel and featuring a terrific ensemble that includes Carey Mulligan, Jason Mitchell and Garrett Hedlund, the movie explores familial dynamics and racism in the Mississippi Delta circa 1946. This richly told melodrama from director Dee Reese remains with you long after the closing credits.

5. The Shape of Water

Bathed in bright colors and rife with sumptuous imagery, The Shape of Water is a valentine to lonely hearts in the Cold War era, with Sally Hawkins wonderful as a mute cleaning woman who falls head over gills for an amphibious man-fish (Doug Jones, not to be confused with Alabama’s U.S. senator-elect) being housed in the government lab where she works. The cast boasts reliably superb Richard Jenkins, Michael Shannon and Octavia Spencer, but the star is director Guillermo del Toro, whose filmmaking is as ravishing as any interspecies love story could ever hope to be. 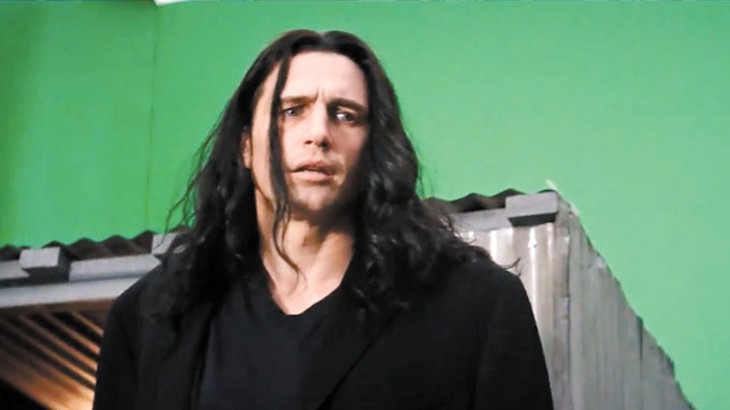 The spirit of 1970s crime thrillers is alive and well, and a bit drug-addled, in this gritty thrill ride. As a lowlife crook with high aspirations, Robert Pattinson is remarkable and again demonstrates that Twilight is long behind him. The directing team of brothers Benny and Josh Safdie keeps Good Time crackling and unpredictable as a bank robbery goes from bad to worse to really worse.

Filmmaker Sean Baker tells the stories of those in the margins of society. The Florida Project, his follow-up to 2015‘s acclaimed Tangerine, uses the coming-of-age template to delve into characters living in crumbling motels in the shadow of Disneyworld. His style is loose and shambling, all the better for his actors, especially newcomer Brooklynn Prince as a feisty 6-year-old. Of particular note is Willem Dafoe as a beacon of decency managing the Magic Castle motel. 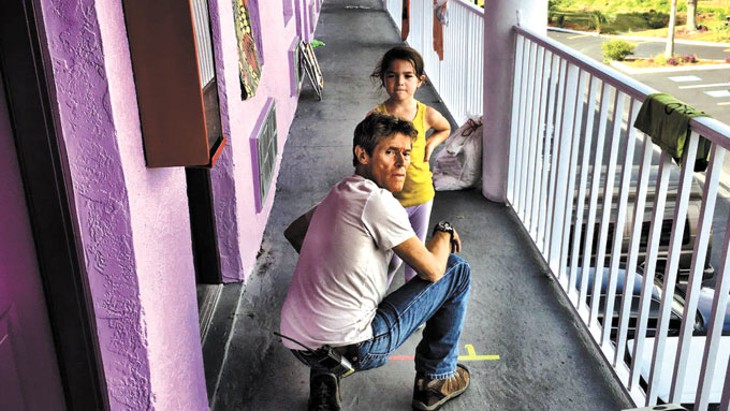 Christopher Nolan’s foray into historical drama is arguably his best work to date. Dunkirk chronicles the daring May 1940 evacuation of some 300,000 British troops stranded on the beaches of northern France. The result is an immersive experience of spectacular imagery and sound. Eschewing linear narrative in favor of cross-cutting between different times (it’s easier to follow than it sounds), Nolan illustrates the connections of how the Battle of Dunkirk unfolded on the ground, on the sea and in the air. The cast is impressive, especially Mark Rylance as a civilian who answers Prime Minister Churchill’s call to action, but this is squarely Nolan’s movie. And it’s a masterpiece at that.

Get Out marks the directorial debut of Jordan Peele, half of the Key & Peele comedy duo, and he reveals a cool self-assuredness that eludes most veteran moviemakers. Each scene, camera shot and line of dialogue (Peele also scripted) are woven together brilliantly for a horror-comedy that recalls the paranoia-drenched suspense of 1968’s Rosemary’s Baby and 1975’s The Stepford Wives while simultaneously offering a social critique very much of the moment. The setup is familiar enough — a young white woman (Allison Williams) brings home her black boyfriend (Daniel Kaluuya) to meet her parents — but the subsequent satire is urgent and biting. In this skewering of race relations in post-Obama America, no one gets out unscathed.

While there were several wonderfully made blockbusters and widely distributed awards-seekers released in the last calendar year, 2017 was also a banner year for local and local-centric filmmaking. From tense and poignant documentaries to ambitiously bizarre period pieces, Oklahoma film has seen it all in the past 12 months. Oklahoma Gazette’s Ben Luschen breaks down some of the most memorable local features from this year.

No one who lived in this state at the time of the Alfred P. Murrah Federal Building bombing in 1995 will ever forget the event, but it is easy to forget or gloss over the things that actually motivated the attack. Barak Goodman’s PBS documentary is not technically an Oklahoma-made film, but it was the most important local story told this year. There have been several films made about the ’95 bombing by Timothy McVeigh, but none of them dig as deep into his motivations, which Goodman argues go beyond payback for the burning of the Branch Davidian compound in Waco, Texas. In today’s political climate, Oklahoma City serves as an important reminder for just how dangerous white supremacist and conspiratorial views can be when left unchecked.

The tale of 20th-century Native American storyteller Mary Thompson Fisher, who performed under the name Te Ata, is not one that is widely known by audiences. Though Fisher was inducted into the Oklahoma Hall of Fame in the 1950s, this terrifically made film financed by the Chickasaw Nation hopefully made many Oklahomans aware of this brave state figure. Actress Q’orianka Kilcher, perhaps most known as Pocahontas in Terrence Malick’s 2005 film The New World, stars in the period piece as the Chickasaw storyteller who dared to share and spread her cultural traditions and legends in a time when Native people were being forced into assimilation and punished for demonstrating their heritage.

Painted Woman is a dramatic Western throwback that takes its inspiration from the Dusty Richards novel The Mustanger and The Lady. Stef Dawson, recognized by many for her role as Annie Creston in The Hunger Games series, stars as Julie Richards, a young Wild West prostitute who a local powerbroker makes a prize of his own. Unsurprisingly, the overbearing rich old man mistreats Julie, who escapes his grasp and must choose between two new love interests as she also tries to heal her broken soul. The Oklahoma-filmed story capitalizes on the Oklahoma Film Enhancement Rebate program and shows off some gorgeous scenery in the process. 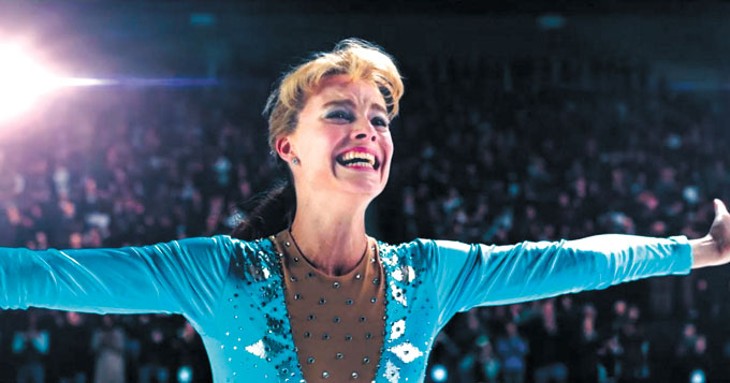 Step aside, Ridley Scott. The film voted Best Oklahoma Feature at the 2017 deadCenter Film Festival is a prime example of some of the unique filmmaking local fans have come to expect from director Mickey Reece. The black-and-white surreal period piece on Elvis Presley (played by actor Jacob Ryan Snovel) and wife Priscilla (Cate Jones) plays out as a surprisingly straightforward telling of Elvis’ life before his 1968 television comeback. But when Alien strays from the truth, things get captivatingly weird. Though not as widely heralded as some of the other performances in the film, comedian and first-time actor Alex Sanchez offers perhaps the best local acting job of the year as Elvis’ best friend and confidant. His performance gives off strong shades of Jonah Hill in any of his best supporting roles.

Ryan Bellgardt, writer and director of 2013’s Army of Frankensteins, returns with another superb monster flick. Gremlin presents its characters and the audience itself with a perplexing dilemma. The story is about a cursed box that must be continually passed from the current holder to a person that he or she loves. Inside the box is a tiny demon that will viciously murder anyone nearby at certain time intervals. The only way one can rid themselves of the horrible burden is by pushing it onto someone they care about before time runs out. Bellgardt’s monster, though in its diminutive form for most of the film, is a simultaneously beautiful and terrifying beast made with commendable special effects. 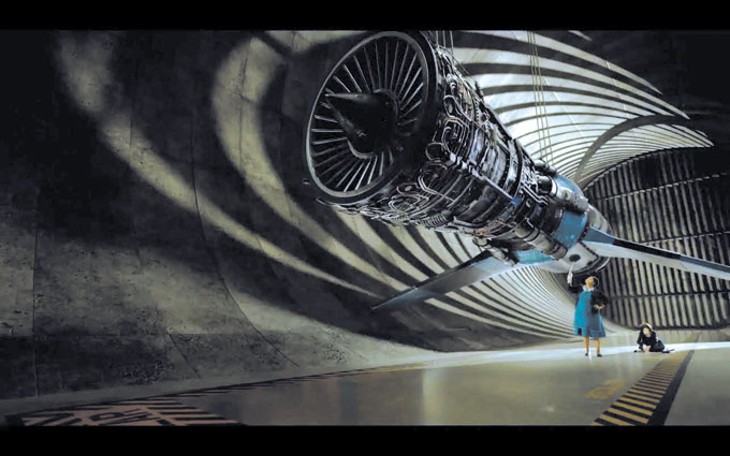 The Scent of Rain & Lightning

Maggie Grace, the actress known for roles in Taken, Twilight and the television series Lost, stars in the story adapted for screen from the 2011 Nancy Pickard novel of the same name. Early in the film, Grace’s character Jody learns from her uncles that the man she believes murdered her parents has been released from prison. Jody sets out to confront the murderer, but in the process, she begins to unravel some unspoken truths about what happened that night several years before. In a movie that plays out like a classic whodunit, family secrets are revealed and things get unexpectedly violent. The movie features a strong local pedigree with writers Casey Twenter and Jeff Robison, whose writing chops shined in the 2014 William H. Macy-directed film Rudderless.

Print headline: The year in film