Many of 2017’s best listens were deeply personal, bravely diving into aspects of human emotion that some artists dare not approach.

This was expected to be a year for politically charged music, and there was certainly no shortage of that. But many of 2017’s best listens were deeply personal, bravely diving into aspects of human emotion that some artists dare not approach. From cheery summer tunes to the most devastating tearjerkers, Oklahoma Gazette recaps the year that was in local and national music.

The year began with expert-level song craftsmanship from Oklahoma folk and roots music mainstay Travis Linville. Take “Flowers in Your Hair,” which offers vivid storytelling to go along with a song that manages to be both upbeat and somber. Linville relied on longtime associate Trent Bell for the mixing, and the finished product is a great musical reflection for those staring down the future with a crossroads in front of them. 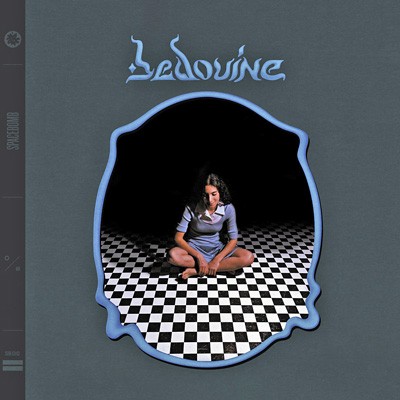 Just like the famous strawberry-banana cake at Leo’s BBQ, rapper Grand National serves listeners a slice of his northeast Oklahoma City community. The album features sophisticated production enhanced by live instrumentation. Odes to the ’hood are common in hip-hop, but through careful planning and quiet observation, Grand National orchestrates an album as beautifully understated as the area itself.

Common as Light and Love Are Red Valleys of Blood

No one will ever accuse Mark Kozelek of over-editing. The 16-song, 129-minute album is, at times, a stream-of-consciousness exercise for the indie folk singer, guitarist and songwriter. Common as Light balances timely politics and current events with seemingly mundane life experiences and passing thoughts. It is a challenging listen, but a very rewarding one for anyone who calls themselves a fan of Kozelek’s blunt delivery. 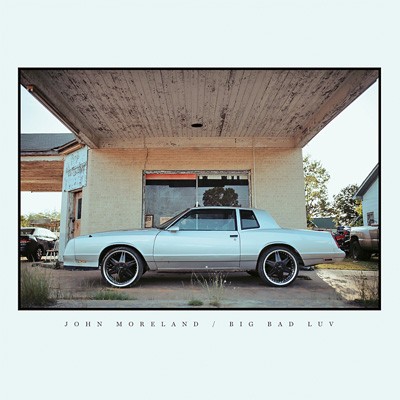 The Order of Time

June’s beautiful and unique folk delivery seems resistant to the sterilization that occurs between live performance and the studio. The Order of Time is one of the most fun albums of 2017, in large part due to songs like “Man Done Wrong” and “Shakedown,” which are both rhythmic and gritty. This is June’s first studio album since her equally stunning Pushin’ Against a Stone in 2013, and it appears the Tennessee singer-songwriter can do not wrong. 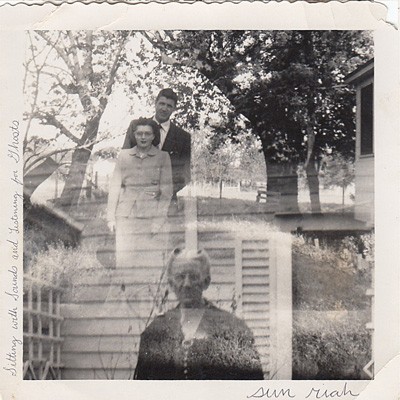 A Crow Looked at Me

“Death is real. Someone’s there and then they’re not. And it’s not for singing about. It’s not for turn-ing into art.” Phil Elevrum wrote this emotionally crushing album (and the gut-punch opener “Death Is Real”) in the near immediate aftermath of losing his wife Geneviève Castrée to cancer. Few artists dare to so fully grapple with grief, and it is hard for listeners to leave the project without a better understanding of how death can eclipse art itself. 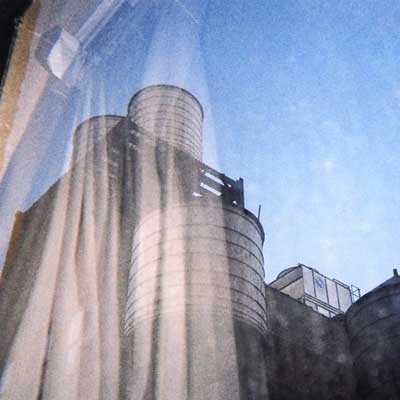 You Had Me at Goodbye

Crain fo-cuses in with a sharper rock edge and more traditional pop song structure for one of her best releases yet. Bona fide earworms like “Antiseptic Greeting” and “Oh Dear Louis” are both infectious and eerie. “Red Sky, Blue Mountain,” an original Choctaw-language hymn, is also hauntingly beautiful. She has been in the local music scene for so long that it is easy to forget that Crain is still a young talent. If You Had Me at Goodbye is a glimpse at her future, sign us up.

Stay humble, sit down and listen to the most complete album of any genre this year. Faced with the impossible task of living up to the once-in-a-generation masterpiece that was To Pimp a Butterfly, Lamar turns his focus away from jazz and funk sounds and toward contemporary hip-hop trends, but with the kind of heady twist that only K.Dot could put on the radio sound. Amazingly, every single song on DAMN. charted on the Billboard Hot 100, even the opening skit.

National critics can call it sad or somber, but in Oklahoma, More-land’s brand of melancholy is known as homegrown resilience. Moreland is recognized across the alt-country world as a masterful songwriter, and his latest album borrows its name from the short story collection by novelist Larry Brown. The songwriter’s wails on “It Don’t Suit Me (Like Before)” stick with the listener long after the first few spins.

Ctrl is not the first R&B album to take on the complexities of sex and relationships for a young woman, but it is hard to recall an LP that addresses the themes so honestly or fully. Reminiscent of an artist like Frank Ocean, SZA manages to preserve wide radio appeal without sacrificing songwriting or an artful aesthetic. 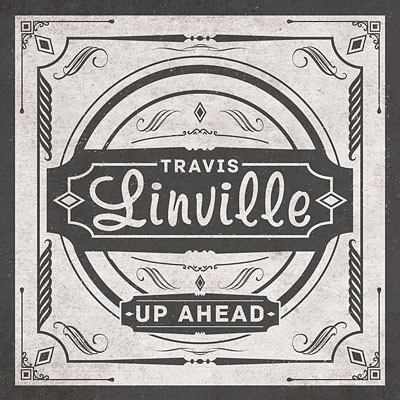 Syrian-born singer-songwriter Azniv Korkejian is stunning on the debut studio album from her new stripped-back folk project. It’s simple and straightforward but never takes a wrong turn. Songs like “Back to You” and “One of These Days” are pleasant and ethereal, while the truthful writing and emotion found on a song like “Solitary Daughter” is nothing short of immaculate. 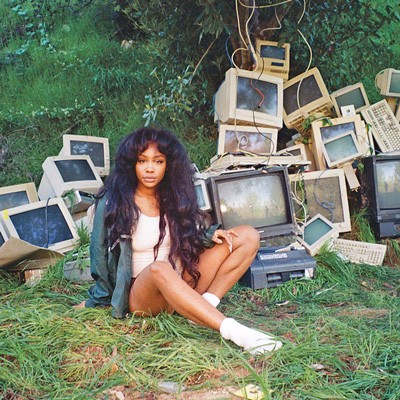 Sitting With Sounds and Listening to Ghosts

Oklahoma-born harpist Sun Riah wrote this album as both an end to a life chapter and an immortal testament to what she thought could be lost forever. The singer-songwriter (born M. Bailey Stephenson) grew up with a strong attachment to her grandmother and her old home. Sitting With Sounds is not only a touching tribute to family, but a stirring reminder that while we move on from the past, the past never totally leaves us.

Our Love Is Real 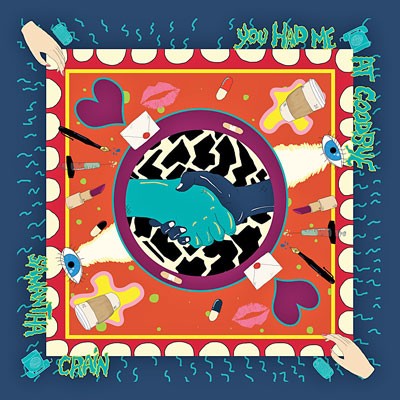 Wisconsin emcee Milo is really not operating on the same plane of existence as even hip-hop’s most renowned lyrical rappers. Taking his influence from literature and his genre’s most leftfield artists, Milo has established a distinct perspective in rap. Listeners can spend hours and days unpacking songs like “Embroidering Machine” but should not overlook the subtle beauty on songs like “Note to Mrs.” 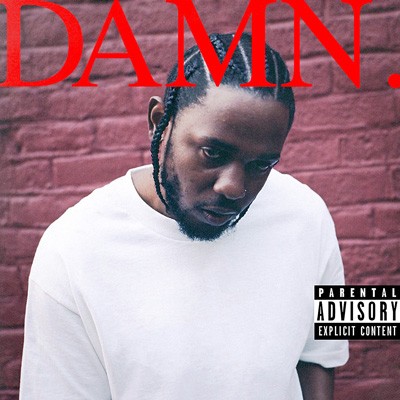 A short but unmistakably great debut from the new band consisting of guitarist/vocalist Lenora LaVictoire, bassist/vocalist Audrey Oden and drummer/percussionist Drake Yeager. The 11-minute EP is a quintessential warm summer listen that should rack up play after play in local catalogues. Songs like opener “Woke Up” are wonderfully rooted and relatable while maintaining a sunny aesthetic. 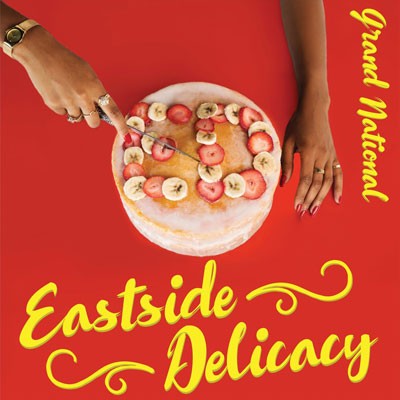 Tulsa-born Annie Clark demonstrates her version of pop music and achieves marvelous success. The sound on Masseduction is varied, but it does not matter whether Clark is giving the listener energetic anthems like “Los Ageless” and the title track or stripped-down, heart-wrenching numbers “Smoking Section” and “Slow Disco,” there are no misfires. Producer Jack Antonoff shows why he’s one of pop’s best. 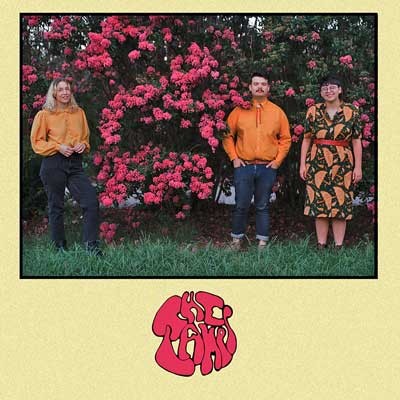 The sonic artists in Power Pyramid are back to paint more soundscape mas-ter-pieces. A last-minute entry into 2017’s musical arena, Nova is a delightfully arranged mesh of guitars begging for a cup of coffee and a rainy day. But feel free to play this album in any weather. There are no prerequisites for getting caught in electric jams like “Never Again” and “Akina.”