From the subtle but haunting scares of The Witch to the absurdity of romance in The Lobster, 2016 offered moviegoers plenty of original alternatives to comic book heroes and big action franchises that dominate much of today’s cinema. But that is not to say the year did not also feature good examples of both. Below is our shortlist of some of 2016’s best local and national pictures.

Valentine’s Day movies are often seen as mush made palatable for a mass audience. With violent and dark-humored Deadpool, Marvel Studios turns the idea of a typical Valentine romance flick on its head. Many fans and critics have said the sassy, irreverent Deadpool role is a perfect fit for Reynolds, and it’s true that the action star shines in this film despite having his face covered for much of it. In 2016, Marvel comes out as the clear winner in its endless rivalry with opposing comic-book name brand DC Comics.

Many fans of Oklahoma filmmaking agree there was no better project to debut in 2016 than the black-and-white cerebral sci-fi thriller from writer/director Jacob Burns. Lauren Analla stars as a woman who wakes up in a body of her own as part of a developing revival program. Her second lease on life leads to some unexpected consequences. The black-and-white contrast is gorgeous and appropriate. It’s mentally stimulating in a way that harks back to Rod Sterling and The Twilight Zone.

A mother takes off with her son to escape an abusive spouse and soon learns that she must escape not only a violent husband, but a police search amid allegations of kidnapping. Though well acted throughout, young Spencer Mabrey shows strong acting chops and steals nearly every scene he’s in. Great Plains is one of several films — including new installments in the Children of the Corn and Hellraiser series — made by Los Angeles co-producer Mike Leahy in Oklahoma.

In the fantastic script co-written by former Oklahoma resident and film co-star Velinda Godfrey, a young Oklahoma woman deals with the grief of a lost lover by sparking a romance with her brother’s fiancée, played by The Big Bang Theory’s Laura Spencer. The story introduces audiences to a variety of social and ethical dilemmas and offers perspective for the experiences of LGBT youth in Oklahoma and the South. It’s the second state film of the year to prominently feature celebrated actress Beth Grant, and she does a great job in both very different roles.

Though not filmed or produced in Oklahoma, Hell or High Water is the best received national film this year to be at least partially set in the state. With strong shades of No Country for Old Men, the new-age Western follows the outlaw Howard brothers, who have taken to robbing several branches of a local bank to pay back their family’s debt to that bank. Bridges shines as the end-of-his-rope lawman who clashes with the violently reckless brother played by Foster. 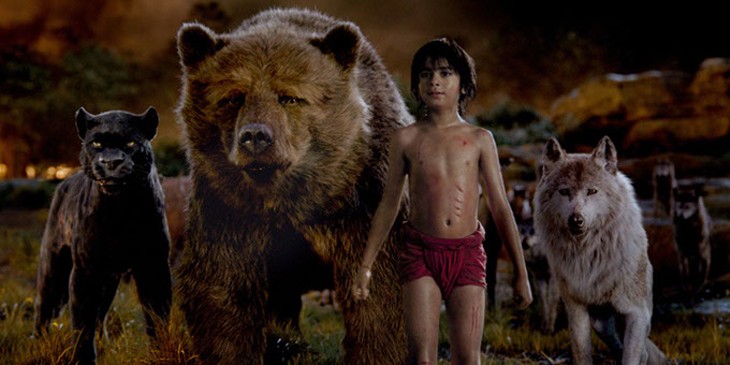 Walt Disney Pictures has taken a liking to remaking its classic animated films as live-action features. The Jungle Book is a good example of a remake done right. Neel Sethi does a good job of carrying the movie, especially considering his lack of prior experience and his status as the film’s only main flesh-and-bone participant. And Bill Murray shines as the voice of bear Baloo, a role almost perfectly suited for his comedic style.

While technically released to much of the world in 2015, The Lobster did not make its American debut until 2016. The wholly original allegory to modern romance follows a matchmaking hotel in a parallel universe in which couples are paired based on shared traits and are forced to hunt single “loners” in the wilderness. Those who cannot find a mate at the end of a set time are turned into an animal of their choice. Unique, unorthodox movies like these are rarely ever made and even less often this well executed.

It has been a good while since a film was as uniquely disturbing as The Witch. It relies more on the chilling unknown of the dark 1600s New England forest than cheap jump scares. Those who say Eggers’ original script (pieced together with actual historic testimony from his own research) is not scary should broaden their definition of terror to include more than blood and gore. The Witch is scary because it’s rooted in an accurate past.