Oklahoma hasn’t missed a beat under Lincoln Riley, 34, the youngest coach in the country. 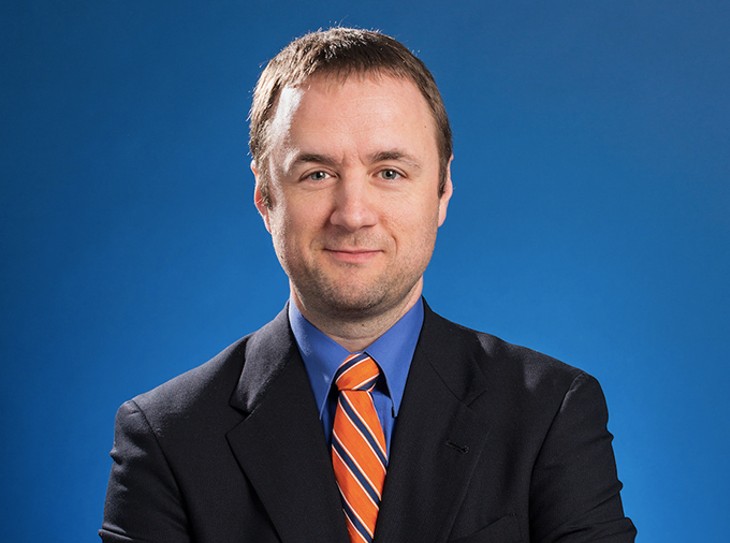 There are life decisions that define a career. For many people, that happens when trying to make a college decision.

In 2001, a decision made by a scrappy West Texas quarterback led him on the path to becoming not only the youngest head coach in the country, but to one of college football’s most powerful programs, the University of Oklahoma.

As a senior at Muleshoe High School, Lincoln Riley could have pursed scholarship offers from Ivy League schools, but instead, he decided to walk on at nearby Texas Tech University.

With Riley buried on the depth chart, Leach cut him from the roster but gave him a jump on his coaching career by offering him a student assistant position and then a graduate assistant one upon finishing his undergrad. He was promoted to coach wide receivers in 2007, where he stayed through the 2009 season.

“For years, [Riley] was kind of my sounding board that I would do everything from having him do little studies to, if something was on my mind, I’d call him in and run it by him,” Leach told The Dallas Morning News.

A playcaller is born

Riley’s big break came at Leach’s expense. Leach was unceremoniously fired at Texas Tech following the alleged inappropriate treatment of a player who suffered a concussion.

Defensive coordinator Ruffin McNeill was elevated to interim head coach for the Red Raiders’ Alamo Bowl appearance against Michigan State. McNeill tabbed Riley, who caught his attention as a 19-year-old student assistant, as his offensive coordinator and primary play caller.

“You could tell right from the beginning that he was going to be really good. He was very studious, smart as a whip and a hard worker,” McNeill, current OU defensive tackles coach, said in a phone interview with Oklahoma Gazette.

The Riley-led offense scored 41 points en route to an Alamo Bowl that McNeill hoped would be enough to have the interim tag removed from his title, but the university hired Tommy Tuberville instead.

Disappointed, the staff moved on to other options. McNeill said he was about to accept a position at Stanford University under Jim Harbaugh while Riley considered positions at the University of Southern Mississippi and Rice University when McNeill’s alma mater, East Carolina University (ECU), came calling.

After McNeill accepted the head coaching position at ECU in January 2010, his first call was to Riley to make him his offensive coordinator.

“He took the red-eye, met me at the office in East Carolina, and there was no other choice but him,” McNeill said. “I wanted to run the air raid, but Lincoln added more to it. He added a tight end, two backs and a run game.”

Just as Leach took flack for hiring baby-faced Riley as his offensive coordinator, McNeill heard from the coaching community that he was taking a risk by hiring Riley, who was 27 at the time.

“I told them that I had enough gray hairs for all of us,” McNeill said. 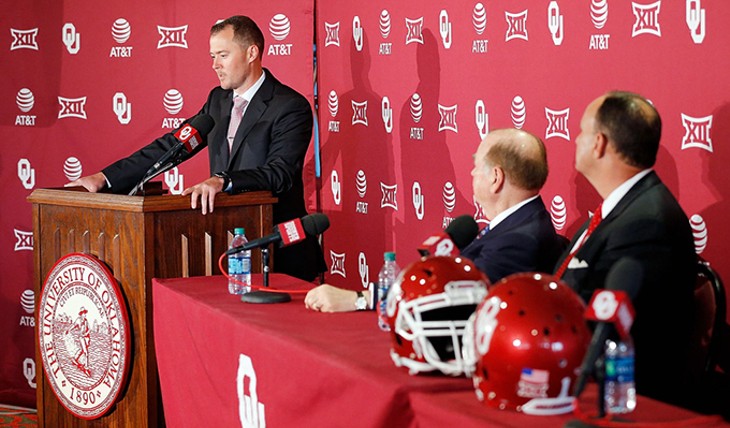 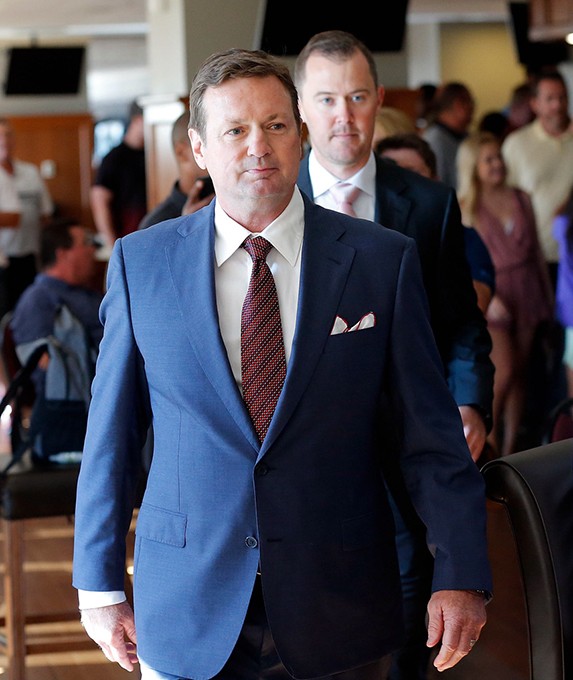 Riley’s offense served as a catalyst for McNeill’s ECU teams that included three consecutive seasons of at least eight wins, including a 10-3 season in 2013 that saw wins over Virginia Tech (Virginia Polytechnic Institute and State University) and North Carolina (the University of North Carolina at Chapel Hill).

Riley left McNeill to become Bob Stoops’ offensive coordinator at the University of Oklahoma for the 2016 season, where Riley’s offense set an NCAA record for quarterback efficiency, made Baker Mayfield a Heisman Trophy finalist and earned Riley the Broyles Award as the top assistant in the country.

Shock was felt across the prairie when Stoops unexpectedly resigned in June of this year, handing the reins over to Riley.

“I don’t think a lot of us were surprised that he was chosen,” said Rick Knapp, executive director of the Touchdown Club of Oklahoma. “We knew he was young, and as offensive coordinator, it looked like they were grooming him. From the fan’s standpoint, it came earlier than everyone expected.”

SB Nation writer Bill Connelly’s F/+ from S&P+ model for college football has become one of the most reliable advanced statistical analyses in all of sports media. Connelly, host of the analytics-based Podcast Ain’t Played Nobody and author of The 50 Best* College Football Teams of All-Time, said that Riley’s teams are much more balanced and pressures the defense down the field more than his mentor, Leach.

“Leach obviously has never had a [player the level of former OU and current NFL running backs] Samaje Perine or Joe Mixon, so this might be a reflection of the personnel,” Connelly said. “But it’s still a difference.”

Connelly said Leach has only had one quarterback average more than 12 yards per pass attempt in his career: Symons in 2003. By comparison, Mayfield averaged 15.6 yards per pass last year and at 15.8 this year.

Knapp said that once the shock wore off Stoops’ announcement, he realized the shrewdness of the decision. It made sense to let Riley take over during a time of stability. The return of Mayfield for his senior season gave him an experienced signal caller.

Riley scored his first signature win of his head-coaching career by defeating No.2-ranked Ohio State University 31-16 in Columbus and exercising the demons of the previous season’s 45-24 loss to the Buckeyes.

“That was one of the best trips we’ve ever taken,” Knapp said of the touchdown club’s visit to Ohio State, which included a pregame party honoring the 1977 team that also won in the team’s famous horseshoe-shaped stadium. 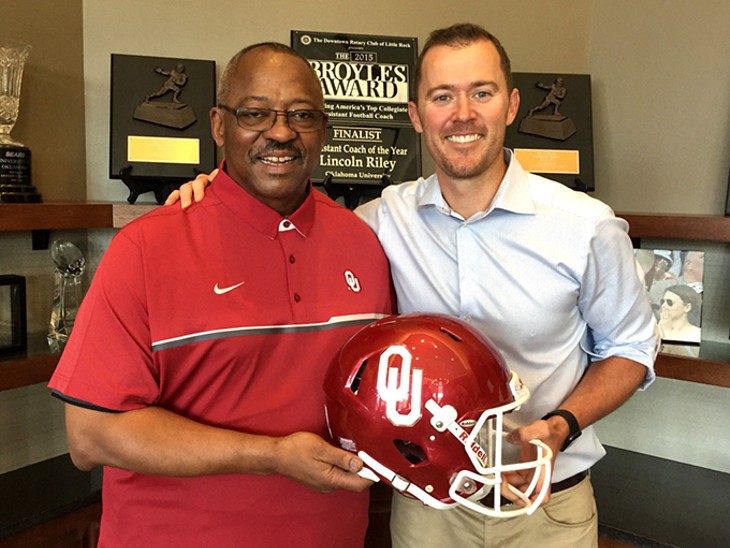 Despite come-from-behind victories over Baylor University and Kansas State University, the only blemish on Riley’s record is a 38-31 loss to Iowa State University, which is ranked in the top 25 for the first time since 2005 under second-year head coach Matt Campbell. The Cyclones stormed back to win after trailing 24-10 late in the second quarter.

“That’s the thing with an inexperienced head coach — it’s not like it’s going to consistently backfire, but there will be random times when lessons need to be learned,” Connelly said. “The way the team took its foot off the gas early against ISU and couldn’t find its rhythm against them was one of those lessons.”

As Oklahoma enters the stretch run of the season where matchups against Oklahoma State University and TCU will determine berths in the Big XII title game and potentially the College Football Playoffs, the Sooners control their destiny, thanks in party to Riley’s stability, according to McNeill.

“The head coaching chair is a three-legged stool,” McNeill said. “It’s not a [sturdy] four-legged chair; it’s a balancing act. [Riley] has done a great job balancing the team, staff, players and media… He’s had great command influence over our players and our staff. I see him continuing to grow each day, and he’ll be at Oklahoma a long time.”

Knapp echoed McNeill’s sentiments of a bright future for Riley in Norman, saying that he hadn’t heard criticism of Riley after the Iowa State loss from touchdown club members — only the common refrain of improving the defense, which predates Riley’s arrival.

The offensive future appears to be set as former five-star recruit and Texas A&M University transfer Kyler Murray takes over for Mayfield as a redshirt junior next season.

“It was a little bit jarring to see the OU program turned over to someone so young, but if any program has proven that you can survive with youth, it’s OU,” Knapp said. “Bud Wilkinson was 31 when his first season began; Barry Switzer was 35. Heck, Bob Stoops was 38. The support structure in some places might make success for young guys more likely than other places.”