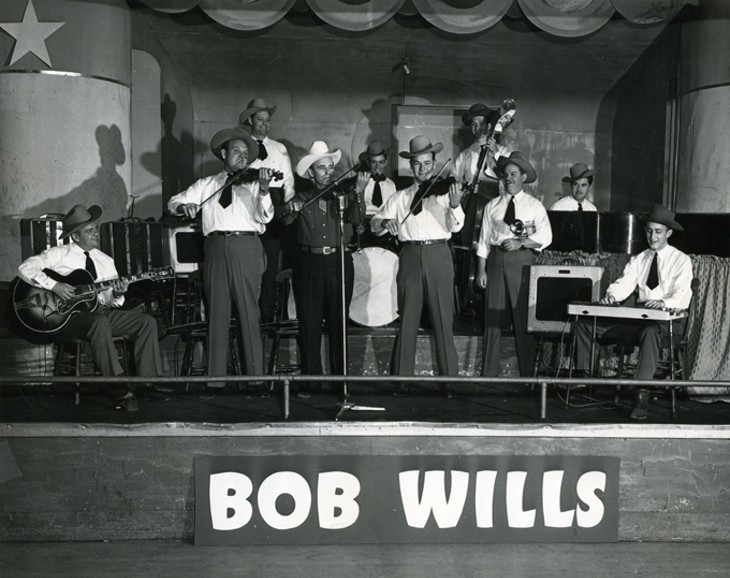 Besides wheat and oil, one of Oklahoma’s greatest exports is music — country music. One of the early pioneers of the country and Western swing sound was Bob Wills and His Texas Playboys. Not only did Wills live in Oklahoma, but he traveled the state and across the nation as he took his music to the people.

Songs like “San Antonio Rose” and “Faded Love” became staples in the country and Western genre. Singer Waylon Jennings wrote and performed “Bob Wills Is Still the King,” while artists from Mel Tillis to George Strait have covered Wills’ songs.

Oklahoma History Center recently issued a set of newly discovered 1949 recordings on vinyl titled Let’s Play Boys. The original master recordings were given by Wills to his drummer Casey Dickens in the late ’60s. Dickens eventually gave them to the Bob Wills Foundation, which presented them to the Oklahoma Historical Society for inclusion in the Oklahoma Museum of Popular Culture (OKPOP).

“The fragile nature of the records meant many of them deteriorated over the years, some worse than others,” said Jeff Moore, OKPOP project director. “However, we were able to get them digitized, and through countless hours of hard work, [musician and producer] Steve Ripley was able to digitally rescue them.”

Not a lot is known about the particular sessions that produced these recordings, Moore said, other than they were recorded for a radio special in early 1949. Longtime Playboys vocalist Tommy Duncan left a year earlier to form his own band, so Wills sang lead on most of these tracks. 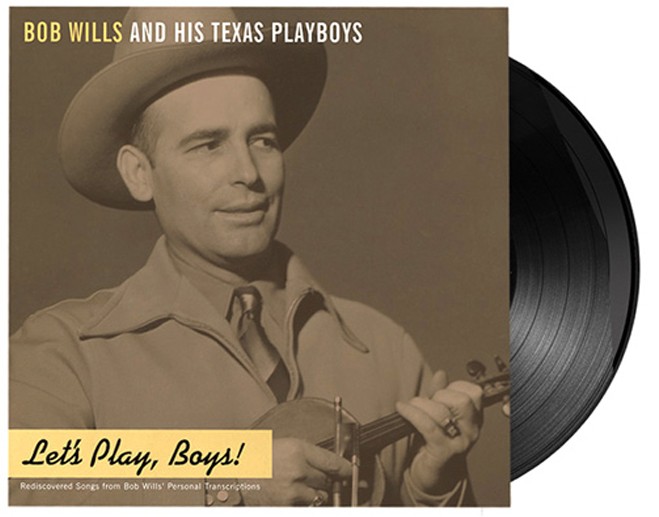 In 2012, Oklahoma Historical Society received a grant from the Grammy Foundation to salvage and restore the discs. They were carefully transported to George Blood Sound Studio in Philadelphia, and Moore said that allowed them to preserve what audio was still available. Not all of the songs were in good enough shape to be transferred.

“The fragile nature of some of the discs was the real challenge. Some of the glass records had broken over the years,” Moore said. “Mold was also an issue, as was the acetate covering, which had begun to flake off in areas. The credit for the treasure hunting process has to go to Steve Ripley, who listened to a couple of hundred songs many times to narrow down to 50 or so, then down to 20 before deciding on the first 12.”

After a track list was set, the next step, Moore said, was to decide on the format in which to release them. Ultimately, Oklahoma Historical Society Executive Director Bob Blackburn decided on vinyl.

“I think there was a feeling of some to just go directly to digital or CD,” Moore said. “But the decision to start with vinyl was the right decision, and many lifelong Bob Wills fans and experts have commented that these are some of the best recordings ever released.”

The historical society incorporated its own label — 46 Star Records — and pressed a limited number of LPs, which are available at the history center and on its website, okhistory.org. Moore said another Wills LP with more rare tracks will be released.

“As the listener hears this music, they will be learning about Bob Wills’ life and career and his world, which revolved around performing, recording and living along Route 66,” Moore said.