In fiction, 8-year-old Bruce Wayne watches in terror as a mugger guns down his parents in a dark alley, then channels the memory of that trauma and his considerable inheritance into becoming a beloved caped crusader. In real life, making anything positive from a traumatic childhood is significantly more difficult, but Oklahoma Institute for Child Advocacy (OICA) is celebrating the people who stand up for children in crisis with its Heroes Ball.

The event, 6-10 p.m. Aug. 10 at The Skirvin Hilton Oklahoma City, 1 Park Ave., raises funds for training child advocates and staging OICA’s fall forum, during which the organization will develop its 2018 agenda.

OICA was formed in the wake of news stories and a class-action lawsuit concerning children warehoused in substandard facilities by the state Department of Human Services. A 1981 news story by KOCO-TV Channel 5, “Oklahoma’s Shame,” earned a 1982 Peabody Award, and a 1983 wrongful death lawsuit against Pauls Valley State School brought attention to the plight of children in state custody.

“My fear is if we don’t have a strong voice in Oklahoma for the kids, we are likely going to repeat those mistakes, especially with what we’ve seen with budget cuts and a lack of concern when it comes to taking care of kids in many areas of government, state and federal,” said OICA chief executive officer Joe Dorman. “The only way we can do this and be successful is if we have an army of advocates out there joining us in this fight.”

In addition to silent auctions, a dinner and a cocktail hour for the adults, Heroes Ball will present awards honoring “individuals and organizations who have gone above and beyond to help out kids,” Dorman said. 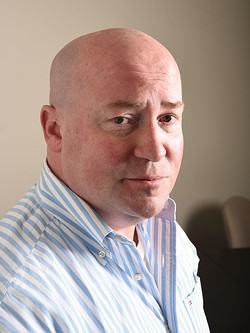 Recipients include Jasmine and Melvin Moran, who will receive the Kate Barnard Award in recognition of the Jasmine Moran Children’s Museum in Seminole.

The award is named for Oklahoma’s first female elected official, a child welfare and prison reform advocate who served as the state’s first Commissioner of Charities and Corrections. Several of Barnard’s proposed reforms, such as compulsory education and child labor laws, were enacted by the Legislature, but she lost political favor when she began advocating for the property rights of Native American orphans.

“She sacrificed her political career to help kids,” Dorman said.

To honor their coverage of adoption issues, television news outlets KFOR-TV Channel 4 in Oklahoma City, KSWO-TV Channel 7 in Lawton and KTUL-TV Channel 8 in Tulsa will receive the Steven A. Novick Dedication Award, named for the lawyer representing the plaintiffs in the 1983 lawsuit against the Pauls Valley State School. And the Sonic Commitment Award will go to Craig and Amy Groeschel of Life.Church, whose efforts encouraging churchgoers to become foster parents resulted in 200 applications filed with Oklahoma Fosters in May 2017.

In addition, online voting for the Anne Roberts People’s Choice Award, which is given to both individuals and organizations involved in child advocacy, will be open until Aug. 8 at oica.org, and ball attendees will receive a final chance to vote at the banquet.

Children attending the ball, who must be accompanied by an adult, will get the chance to meet Captain America and Wonder Woman and to try on a pair of Russell Westbrook’s game-worn shoes, donated by the Oklahoma City Thunder. Westbrook was awarded the NBA Cares Community Assist Award in October 2014 when his Russell Westbrook Why Not? Foundation opened a reading center at North Highland Elementary School.

“[Westbrook] is about the closest thing many Oklahomans think we get to a superhero in real life,” Dorman said.