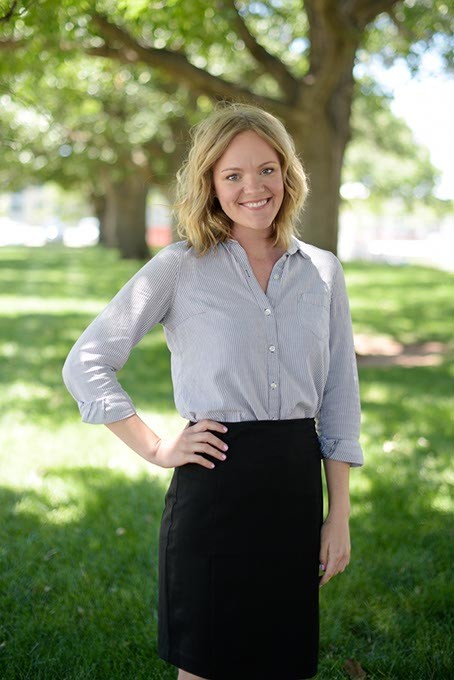 Liz Waggoner was ready to hear how a grocery store’s return to an area of New Orleans, which was ravaged by Hurricane Katrina in 2005 and left residents without access to fresh and healthy foods for years, was nourishing the people.

As she toured the shop, which was strategically rebuilt through the city’s Fresh Food Retailer Initiative to address food deserts in New Orleans’ poorer neighborhoods, more than the aisles of fresh foods caught her attention. With its modern, slightly more upscale and inviting look, this grocery store also strengthened the community. It drew local revenue and created jobs but also served as a catalyst for neighborhood revitalization and empowering its people.

What began by New Orleans officials as an effort to alleviate a food desert also created other benefits along the way.

“It was designed to be a place for the community,” said Waggoner, government relations director for the American Heart Association (AHA)-Oklahoma City. “They’ve seen overwhelming progress in community pride, public safety, economic development and obviously health outcomes. This is what we are looking to implement and accomplish for Oklahoma.”

The state’s food deserts stand to benefit from Senate Bill 506, the Healthy Food Financing Act, passed by both houses and signed by the governor this legislative session. The act creates the Healthy Food Financing Initiative, a public-private program to eliminate the state’s food deserts by encouraging construction and expansion of grocery stores, corner stores, farmers markets and more.

“This legislation promotes innovative ideas in de-stressing food deserts,” explained Effie Craven, who serves as the state advocacy and public policy director for Regional Food Bank of Oklahoma and Community Food Bank of Eastern Oklahoma. “It could be something like a mobile market food truck or renovate a grocery or corner store to allow for more space for healthy foods. … The money is really intended to help people get off the ground and help address the food desert issue.”

Food deserts are a critical issue in every corner of Oklahoma, impacting both rural and urban communities alike. A food desert, as defined by the United States Department of Agriculture’s Economic Research Service, exists in low-to-moderate-income communities that lack access to affordable groceries and fresh foods.

Several parts of the Oklahoma City metro area match the federal definition of a food desert.

Craven explained the key to identifying food deserts is household income. For example, if low-income households live near a food retailer but the food is sold at high prices, the households are still prone to food insecurity — not having enough food for active, healthy living.

Without affordable healthy options, people turn to high-calorie foods readily available at gas stations, convenience stores and chains. They are affordable meals with a quick turnaround, but when eaten regularly, they come with a negative impact on health.

Oklahoma ranks as one of the worst states in the nation for health outcomes, particularly in areas of heart disease, stroke, heart attacks and obesity. Since research has linked those health outcomes to poor diets, Waggoner said, the local AHA board took on the food desert problem.

“Particularly in Oklahoma, it was no coincidence that the areas with the poorest health outcomes also severely lacked access to fresh and healthy foods,” she said.

There is hope in the fight against food deserts, though. The Oklahoma Food Access Task Force, a coalition that includes lawmakers, tribal officials, state agencies and community groups like the AHA and the food banks, looked to the federal government’s Healthy Food Financing Initiative.

Included in the Farm Bill of 2014, the Healthy Food Financing Initiative encourages, through grants, loans and tax incentives, solutions for increasing access to healthy foods.

Healthy food financing initiatives predate the federal government’s. Pennsylvania is credited with launching the first, called the Fresh Foods Financing Initiative, in 2004. Other state and local governments have created their own initiatives or tapped into the federal program.

Oklahoma’s Healthy Food Financing Initiative is a result of the task force and its close study of established programs. The initiative, to be carried out by the Oklahoma Department of Agriculture, Food and Forestry, was designed to cater to local tastes. Tackling food deserts and their consequences hinges on meeting local needs.

“The legislation is intentionally broad to accommodate a wide array of projects,” Waggoner said. “For a smaller community with strong ties to agriculture, it might make more sense for them to work with local growers to bolster a really strong farmer’s market. In more urban, but also rural communities, we’ve seen tremendous success with a mobile market — a grocery store on wheels.”

As the act was written, it allows for the state to access USDA federal dollars as well as allow private money to flow into the initiative without the contribution of state funds.

The money would be available through loans or grants to projects focused on expanding healthy choices in the state’s food deserts.

Food deserts are a complicated problem. The AHA and the state’s food banks recognize that a grocery store moving into a community doesn’t mean people’s eating habits change instantly.

When Pogemiller suggested participants incorporate whole-wheat pasta into their meals, there was initial pushback. She compromised by challenging the participants to cook with both whole wheat and white pastas.

At the next meeting, a client brought spaghetti with both kinds of pastas for everyone to try.

Then everyone got on board.

“It is not that people don’t want to purchase those healthier foods,” Pogemiller said. “There is a cost and access barrier. Time and time again, people are thankful and excited to get fresh and healthy foods.”

Now, with the legislation approved, hopes are rising again with increasing fresh food access to communities in need.