It’s the 25th anniversary of 1990s R&B vocal sensation Color Me Badd. Oklahoma City is where the group got its start, and it is eager to be a headliner at this year’s Oklahoma City Jazz Festival, which runs May 31-June 4.

Now in its third year, the event moved its schedule from fall to spring and expanded to encompass Deep Deuce and Bricktown districts.

Aloft Oklahoma City Downtown-Bricktown in Deep Deuce, ACM@UCO and recently opened The Criterion music hall in Bricktown will be the festival’s anchor venues, with many more smaller, indoor and outdoor stages scattered in between.

Jarreau won his first Grammy Award in 1977 for Best Jazz Vocal Performance with his hit album Look to the Rainbow. He has since earned six more. He is the only vocalist to win Grammys in three different categories — jazz, pop and R&B. His top singles include “So Good,” “The Music of Goodbye” and “Mornin’.” 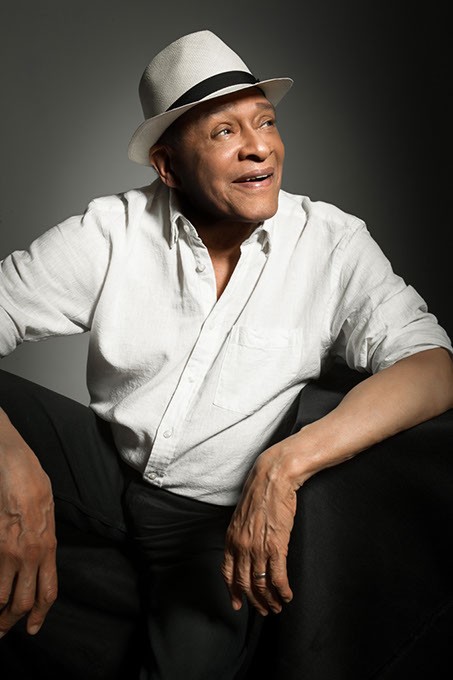 Brothers Charlie, Ronnie and Robert Wilson became The Gap Band in the late 1960s in Tulsa, and the act has since developed into a national R&B icon. “Gap” is an acronym of the group’s original moniker, Greenwood, Archer and Pine Street Band, named for key north Tulsa streets where the musicians grew up. Eventually, Charlie moved on to a Grammy-winning solo career, and Robert died in 2010. Today, Ronnie tours with a roster of musicians as The Gap Band.

“This is a big deal for me,” singer Bryan Abrams told Oklahoma Gazette. “It feels really good to be welcomed and embraced and to feel that love from Oklahoma again.”

“This really is a homecoming,” Calderon said. “Even though I live in Cincinnati now, most of my family still lives in OKC.”

They once thought they might be singing rivals at Oklahoma City’s Northwest Classen High School. Instead, they joined talents with friends Kevin Thornton and Sam Watters as they sang in the hallways and at assemblies. By 1990, Color Me Badd was discovered by Robert “Kool” Bell of Kool and the Gang and signed to Giant Records. Together, they sold more than 9 million albums.

“A cappella was our thing; we didn’t play instruments,” Calderon said. “We loved to sing the doo-wop, ’50s-style. We were good at it. We could harmonize. And we especially liked the fact that we were attracting more girls.”

Abrams said that Northwest Classen in the 1980s was “a melting pot of everybody,” where there were so many ethnicities that no one really thought about the mix.

“We had to have it brought to our attention that, wow, Mark was Mexican, I was American Indian, so on and so forth in the rest of the group,” Abrams said. “Part of that whole background and culture is what brought together the Color Me Badd image.”

Early on, the group won a Festival of the Arts talent contest in Oklahoma City. The attention and applause excited the highschoolers, Calderon said. But not everyone was happy.

“There were a bunch of dance groups there with makeup and nice outfits,” Calderon said. “I think their mothers were upset when their daughters didn’t win against us.”

Now in their 25th year of performing together, Abrams and Calderon still collaborate on new music. Both are happy to return to OKC.

Thornton and Watters have since moved on from the group, but Abrams and Calderon have been impressed with the act’s newest member, Adam Emil. He is about 10 years younger than they are but is turning out to be a good fit.

“It’s like putting on a blindfold, throwing a dart and hitting the bull’s-eye,” Calderon said. “He was the first guy we chose to give a chance to. We couldn’t have found a better person. We’ve done about 25 or 30 shows with him already, and we got the chance to know his family. He’s just a beautiful individual.”

Color Me Badd is now on the road, often alternating the band’s tour between dates on the I Love the 90s Tour and Legends of the Old School shows.

After a quarter century of concerts, they say that it’s common for adults who have been fans since their teens to want to take their teenage children backstage for new photographs together. Both men agreed they never tire of talking to multiple generations of fans.

Visit okjazzfest.com for the full schedule and ticketing information.