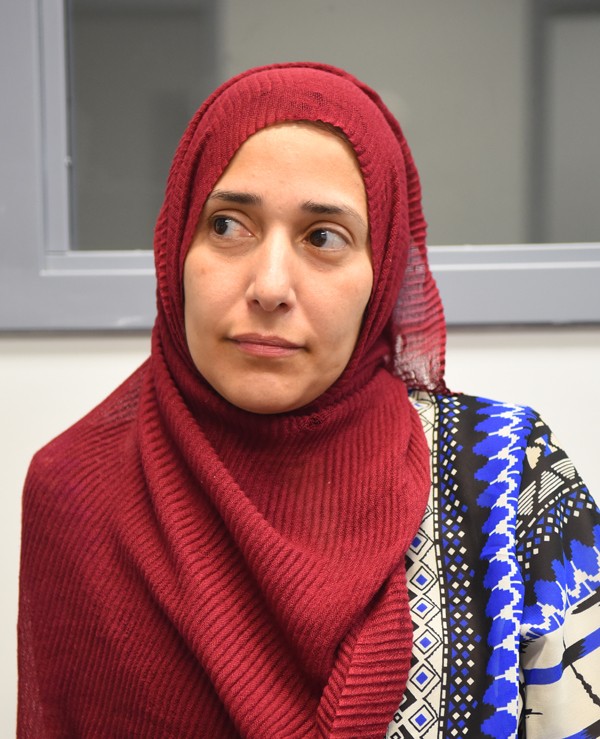 The holiday season can present unique challenges for many interfaith communities in Oklahoma City and across the state.

This year, local Muslims are working together to reduce emotionally extreme and harmful misconceptions of Islam during a time of year when pundits and national political candidates also tend to ramp up anti-immigrant and thinly veiled anti-Muslim rhetoric.

Among these Muslims, there also is a divide between those old enough to have gone through several U.S. presidential race cycles and those not yet old enough to vote. The generational line splits along the traumatic 9/11 terror attacks in New York and Virginia, perpetrated by militant al-Qaida Muslim extremists.

For those of Islamic faith old enough to have experienced the full impact of the multiple levels of horror on that day, caution is often their first response when interacting with Western culture, where those born afterward interact more comfortably with American culture.

How do Muslims handle the holiday season that stretches from Thanksgiving to New Year’s Day and includes religious and cultural celebrations like Kwanzaa, Christmas and Hanukkah, especially as political rhetoric and religious fervor can amplify erroneous stereotypes and feelings of anxiety?

And how do some Islamic faithful cope with hostility embedded in segments of Oklahoma culture at a time when the predominating culture’s emotions run high?

Oklahoma Gazette recently visited with a Muslim clergyman, the principal, a teacher and students at Mercy School Institute, which focuses on Islamic faith and practice, a Muslim family whose children are in public schools and visited an event that allowed community members outside of their faith to ask questions and demystify the monotheistic and Abrahamic religion.

Islamic clergyman Imam Imad Enchassi said some of the holidays can represent clear separations between the Christian-influenced majority culture and Muslim beliefs while others can represent their commonalities.

He pointed out that two national holidays, Thanksgiving and Independence Day, are widely celebrated by Muslims, in large part because they are secular and they allow them to express their pride in being American.

But not all seasonal celebrations give comfort to Muslims, even though all interviewed believed everyone should be allowed to celebrate them.

Conservative Muslims often associate Halloween, especially, with paganism, which is objectionable to them, Enchassi said. Yet, even the most conservative Muslims encourage their children to abstain from participating in the holiday rather than speak out against it, as some conservative Christians might do.

“We typically go trick-or-treating with our neighbors as a social time with them,” he said.

His wife, Ayesha, said she usually adorns their lawn with fall-themed items, like pumpkins. She is devout yet moderate. She avoids decor that celebrates the dead or paganism, and the couple allows their children to have fun with the day and their neighborhood friends.

Their children attend public schools and enjoy associating with their friends of differing faiths.

Sattar’s daughters, Edmond Santa Fe High School senior Zoya and sophomore Fizza, said that they don’t worry about whether or not their friends are Muslim because they all grew up together in the same community and can accept and respect each other’s cultural, religious and holiday practices without compromising their own.

Enchassi said Thanksgiving, and to a lesser extent New Year’s, are widely celebrated by Muslims because they are national, secular, civic holidays.

“Our big dinner is on Thanksgiving,” Enchassi said.

Most of his in-laws are Catholic.

Sattar and Enchassi both said they typically invite a wide circle of family and neighbors, regardless of their faiths, because the holiday observes America’s founding, as does another popular celebration, Independence Day.

Mercy School students from more traditional Muslim homes told Oklahoma Gazette that their families feel free to celebrate Thanksgiving because it is nonreligious.

Principal Buthiana Jwayyed pointed out that the somewhat uniform time off allowed to students, staff and faculty for Thanksgiving break allows families to gather and spend time with each other.

Muslims of all ages had similar responses regarding Christmas: It is a holiday that belongs to another religion and is not theirs.

“As Muslims, we have our own holiday, Eid, and we celebrate that,” one of the Mercy School students said. “Christians will celebrate Christmas. Everyone has their own holiday. And we respect other holidays, but that doesn’t mean that we affiliate with them.”

This same desire to live in harmony with cultural and religious differences was reflected in the student group’s comments.

One female said she plays soccer in her hijab, a traditional head covering Muslim women wear for modesty.

“No one has any trouble with it at all,” she said.

Moroccan-born Mohanneh Baha, a member of Mercy School’s administration, pointed to important differences between his generation and the generation of Muslim youth born and raised in the United States, like the students in the room.

“It’s their land; it’s their part of life,” he said, referring to America.

Baha said the young people in that room were, “very proud to be good citizens and happen to choose their own faith” and “[t]hey respect their neighbors.”

The comfort with American culture and how to be Muslim and American was evident in the Islamic youth who spoke to the Gazette. Having grown up here, they agreed, helped them more easily navigate American culture.

But the older generations who were adults on 9/11 expressed a deeper concern for their children’s safety. That day marked the beginning of great uncertainty among American Muslims.

Oklahoma Gazette asked Jwayyed and a history and science teacher at Mercy School (who asked to not be publicly named) about the impact of extremism on the image of Islam to non-Muslims.

The teacher explained that she teaches her students that Muhammad, the founder of Islam, taught the “middle way” on all things.

And she went even further, saying “Once you take Islam to the extreme, that isn't Islam anymore.”

Jwayyed defined Islamic radicals as “those who are extreme in any matter.”

She said people who claim they carry out overzealous acts in Islam’s name do so because, “their personality is extreme, not because of their religion.”

But violent images of acts perpetrated by the religion’s fanatical outliers are seared in the minds of non-Muslim Americans and catalyze a mix of reactions, including more violence.

“There were so many challenges,” Enchassi said about events on 9/11 and beyond. “Your next-door neighbor that you’ve known all of your life suddenly thinks that you are responsible for 9/11.”

Then there were helpless feelings many of the faith had when hijackers self-identified as Muslim.

“Those people on the plane hijacked my faith,” Enchassi said.

In reaction to the terrorists’ acts, he said, American Muslims felt compelled to visibly and vocally reaffirm their loyalty to the U.S., even though they held no influence over or responsibility for the attacks.

“It was extremely crucial that we differentiate ourselves from those who hijacked our faith,” Enchassi said.

One late October event revealed the deep concern that, during this time of multiple faith-based holidays when emotions can run high, Muslim adults must open themselves up again to dispel misperceptions about their faith.

The Oct. 29 town hall meeting, Challenging Islamophobia in Oklahoma, was hosted by the Council on American-Islamic Relations-Oklahoma (CAIR). The event was formed in reaction to recent threats some groups made to hold armed protests at a mosque near NW 39th Street and N. Portland Avenue, although those threats never materialized.

An interfaith panel comprised of clergy and other community leaders addressed what is widely perceived by Muslims, and even Christians, to be a growing hostility toward Islam across Oklahoma and the nation.

In a room filled with people from mixed faith backgrounds, concerns, tears and expressions of support from outside the Islamic community were evident.

One guest shared a common story among older Muslims who experienced the fallout of the Sept. 11, 2001, attacks.

“I was in high school when 9/11 happened, and people that I thought were friends were no longer by my side,” she said.

With each new event in the world that involves Muslims and violence, such as the recent attacks on Paris, new challenges arise and are sure to increase the older generations’ desire to protect their children from hostile overreactions.

And that is perhaps the starkest difference between Muslim adults and teens. The fear of sudden isolation from American culture and its potentially lethal outcomes is obvious in those Muslims who were adults when 9/11 happened.

They are the ones who have experienced that fear of isolation before and are determined to keep the next generation from experiencing it again.

Print Headline: Generation divide, Comfort levels with surrounding culture shift from one generation of Muslims to another during holidays and campaign season.