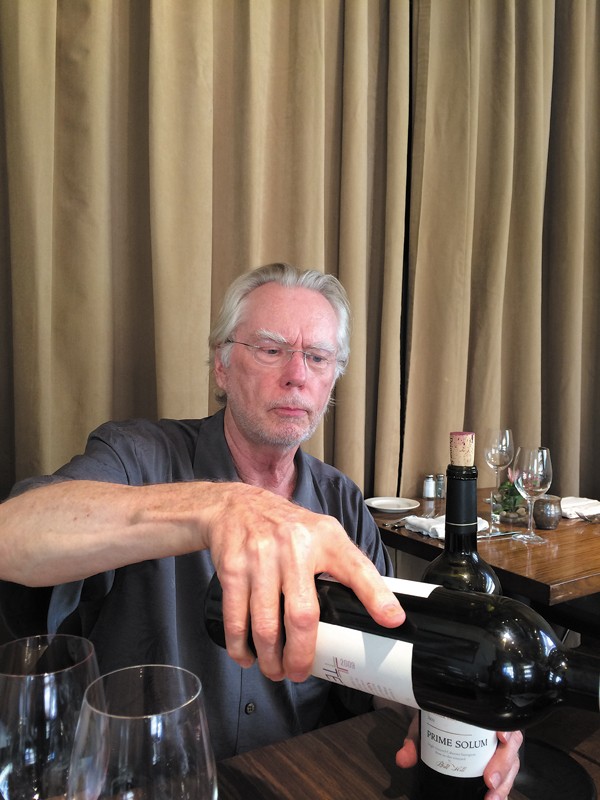 Northwest Classen High School has produced an impressive list of alumni over the years, including current Sonic president and CEO Cliff Hudson, former Oklahoma City Mayor Ron Norick, and Sen. Elizabeth Warren. Bill Hill, a 1969 alumnus, left Oklahoma after graduating from the University of Oklahoma and has been instrumental in the development of some of California’s super premium vineyards and wines.

Hill, who has always made wine, even as he developed vineyards, has now brought his new line of wines to Oklahoma. The three critically acclaimed lines feature fruit from a selection of vineyards around California, including Hill’s home property, Broken Rock Vineyard, in Napa Valley.

The Expression line of wines features Pinot Noir and Chardonnay from Anderson Valley in California and Eola-Amity Hills in Oregon. Tetra is a Cabernet-based blend sourced from vineyards around Napa, and Prime Solum is Hill’s Cabernet from Broken Rock. The wines are scoring low to mid-90s by all the major wine critics and publications, and all three lines are now available in the metro.

Hill said he chose OU because in the early ’70s, there were only two schools to choose from to get a big university experience.

“I wanted to wrestle, as I’d been a wrestler in high school, so I went to OU to pursue engineering,” he said.

Eventually, Hill switched his degree to a liberal arts focus on economics, but it was the Army that truly shaped his future. He was stationed in Europe during his time in service, and that was where he fell in love with wine.

In 1974, Hill moved to the Napa Valley in California and convinced friends to invest in property. He started growing grapes, and in 1978, he released the first vintage of what would become William Hill Estate Winery. By the time he sold the property in 1992, the winery was producing 70,000 cases a year and Hill had learned most of what he needed to know to make great wine.

Hill went on to work with vineyards all over California, developing a method that he would later use to create one of the most prolific partnerships in the California and Oregon wine industry.

“My partners and I have succeeded because we really did do what we said we could do: buy and develop the best properties based on our study of soil and climate,” Hill said.

The partnerships he has developed since the early 2000s led to Hill’s fruit being used in a Who’s Who of West Coast wines, including Paul Hobbs, Chappellet, Hall, Titus, Sandhi, Flowers, Penner-Ash and many others.