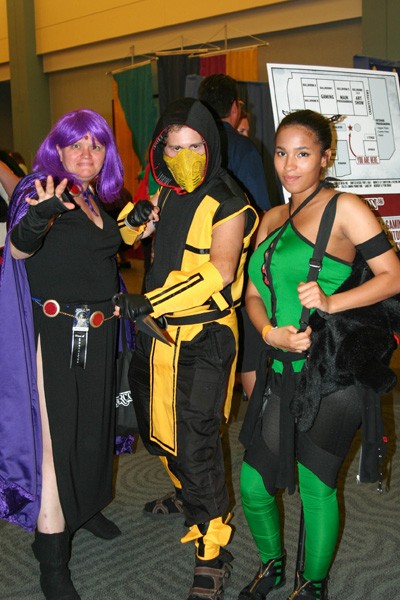 As science fiction and fantasy saturates mainstream pop culture by way of film, television, comics and merchandise, more conventions devoted to the subjects and fanbases begin to dot calendars. However, one local event continues to celebrate everything nerdy as it has for more than a quarter-century.

“SoonerCon is a fan-run, sci-fi/fantasy pop culture convention with anime and gaming,” said Phillip Grimes, event marketing director. “If it’s fun, we pretty much have it.”

The all-volunteer convention is orchestrated by Future Society of Central Oklahoma and includes art, gaming, costuming and over 140 guests participating in multiple panels and workshops.

SoonerCon’s literary guest of honor is Timothy Zahn. The author is most well known as being the first to expand the Star Wars universe.

“He wrote the first three books to continue the universe and set the stage for basically everything that happened after Return of the Jedi,” Grimes said.

Peri Charlifu is the event’s artist guest of honor. Charlifu is best known for his high-end, handcrafted, clay-fired pottery with a science fiction and horror twist. Examples of his work include Cthulhu dishes, Elven soap pumps and pentagram pie plates.

The convention’s art show is one of the largest of its kind in the region. It includes 16 tables of three-dimensional art and 86 panels of two-dimensional science fiction and fantasy art. The show includes silent and live auctions, buy-it-now sales and special Sunday sale prices. 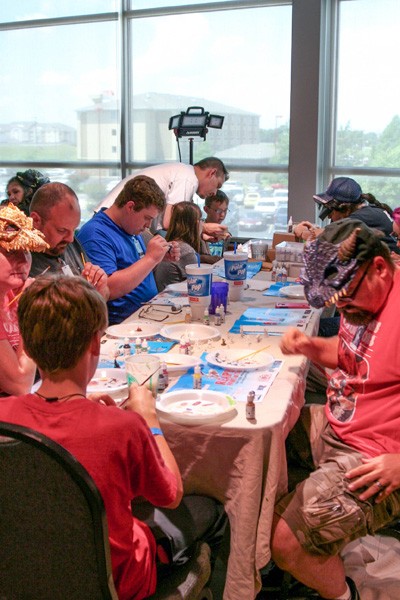 An art reception kicks off 8 p.m. Friday night. It’s a great opportunity to meet and greet many of the artists participating in the show and panel discussions.

“It’s basically a Star Trek bridge that runs between five different computers,” Grimes said. “Each player at a computer has a different role on the bridge, including a captain yelling at them to do the thing.”

SoonerCon 26 features a Dungeons and Dragons Epic Event run by the D&D Adventurers League, an officially sanctioned Dungeons & Dragons organization, 6 p.m.-midnight Saturday. The event involves 12 tables, each with its own dungeon master. There will be an overarching mission, but each table has individual goals and will affect how every table plays.

Other convention activities include a cosplay contest, Nerf Blasters battles, makeshops and an exhibitor’s hall.

All funds raised in the convention’s charity store benefit National Alliance on Mental Illness (NAMI) OKC, and SoonerCon will also make a donation to NAMI.