Oklahoma Railway Museum offers visitors a ride into the past 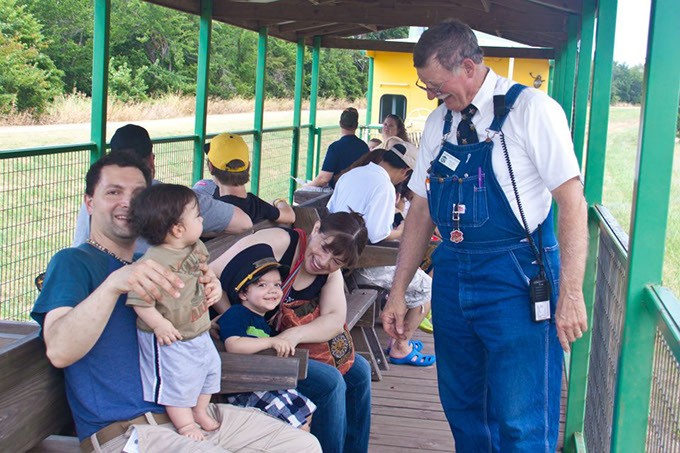 While much of the movement of the country’s information switched from mail carriers and couriers to the internet with the digital revolution, a significant portion of the nation’s physical product still rides the rails. Trains continue to be a major player in transporting freight and passengers.

Oklahoma Railway Museum (ORM) celebrates these steel powerhouses and how they changed the nation and life in Oklahoma. Located at 3400 NE Grand Blvd., the organization hosts a treasure trove of train engines, train cars and historical memorabilia, much of it accessible to visitors.

Opening Aug. 31, 2002, ORM started on three acres just south of NE 36th Street but has continued to expand. Along with the train engines, cars and equipment found throughout the outdoor museum, it’s also home to a playground and gift shops. 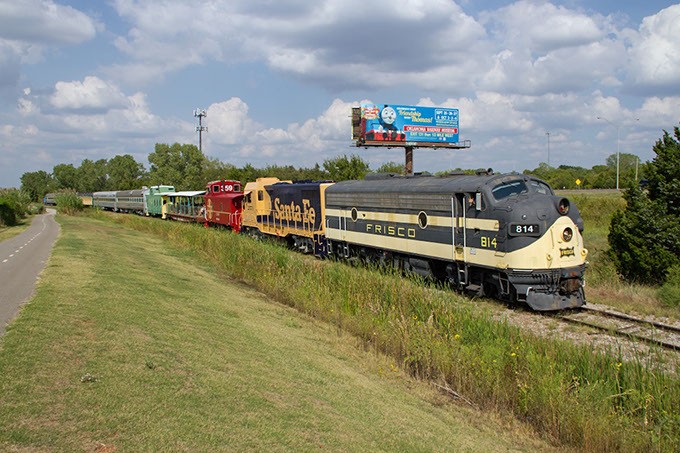 The museum runs a 1940-’50s passenger train along four miles of mainline track between NE 10th Street and Martin Luther King Avenue and NE 50th Street. Four train rides are scheduled for the first and third Saturdays during operating months. The excursions replicate the experience of rail passengers during the mid-20th century.

The passenger train is served by an actual 1905 depot from Oakwood and runs on a significant set of rails.

“The main line we run on is actually the historic Missouri-Kansas-Texas Railroad, also known as the KATY,” said ORM administrator Anne Murray Chilton. “The KATY ran from Parsons, Kansas, down into Oklahoma City, and then there was another line that went out into Texas.”

Established in 1865 originally as the Union Pacific Railway, Southern Branch, the tracks were later renamed to Missouri-Kansas-Texas Railroad, using “M-K-T” as its reporting mark, from which the nickname KATY was born. It ran freight and passengers.

“KATY was one of the first railroads to run into the Oklahoma territories,” Murray Chilton said. “The KATY was in the northeast corner of the state before statehood.”

In addition to the depot and passenger train, ORM possesses over 50 engines and rail cars, including four operational engines and eight rolling stock. The cars range widely in age from a CB&Q caboose from 1878 to train cars manufactured in the mid-1970s.

The engines and cars are continuously being restored, often taking years to do so. Many of the cars are open to the public with some operating as display cars full of memorabilia like advertising signage and playing cards as well as equipment such as phones. One car is host to a model train set that runs the length of the car and houses countless examples of toy trains.

The museum celebrates a number of special days throughout the year. The most popular event is Day Out with Thomas, which takes place over two weekends. This year’s event is Sept. 29-30, Oct. 1 and Oct. 6-8.

Murray Chilton said the weekends feature a full-size Thomas the Tank Engine pulling the train and Sir Topham Hatt. There will also be magicians, singers, ventriloquists and other stage performers along with face painting, temporary tattoos, arts and crafts and storytelling. The museum runs 10 trains a day for the Thomas event.

Other major celebrations include festive Halloween and Christmas trains. The holiday celebrations and Day Out with Thomas make up the bulk of the museum’s fundraising efforts each year. 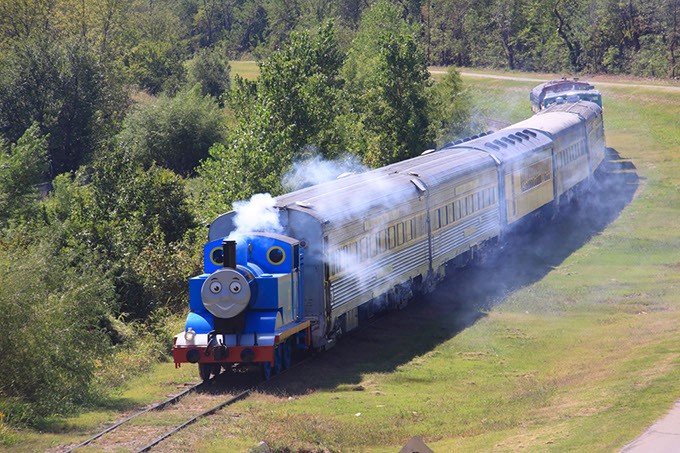 ORM will soon begin a capital campaign for an expansion focused on a 100-foot Frisco turntable donated to the museum years ago.

“It’s like a giant Lazy Susan, so you can drive a locomotive or cars on it and turn them around and get them facing the right direction,” Murray Chilton said.

The museum plans on using a small portion of the turntable to park and work on engines and cars as well as build two climate-controlled museum rooms with displays for visitors.

ORM is run by an all-volunteer staff, and like many museums, it’s always looking for a few helping hands.

“We couldn’t do anything without our volunteers,” Murray Chilton said. “They built this. They make us what we are.”