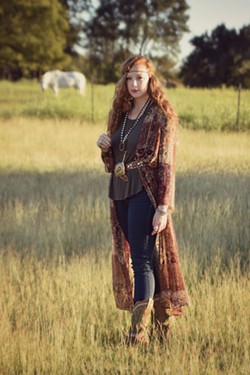 As Zac Maloy prepared last year’s inaugural Oklahoma Songwriter’s Festival, he was not sure how it would be received. Maloy, known locally as guitarist and lead vocalist for the popular 1990s Oklahoma City grunge band The Nixons, now lives and works in songwriting mecca Nashville, Tennessee, contributing to the lyrics of songs recorded by Carrie Underwood, Tim McGraw and other music stars.

The songwriter returns June 1-3 for the second Songwriter’s Festival, which features two main events for the public.

A free, interactive Songwriting Camp is 10 a.m.-1 p.m. June 3 at The Paramount Room, 701 W. Sheridan Ave. The workshop features this year’s cast of guest songwriters from Nashville, including Maloy (who contributed to Underwood’s “Temporary Home” and McGraw’s “Words are Medicine”), Clint Lagerberg (co-writer of “Here Comes Goodbye” by Rascal Flatts and “Blue Ain’t Your Color” by Keith Urban), Marcus Hummon (co-writer of Dixie Chicks’ “Cowboy Take Me Away” and “Ready to Run”) and his son Levi Hummon (contributor on Steven Tyler’s “Red, White & You”).

The festival ends with its Songwriter Showcase 7 p.m. June 3 at ACM@UCO Performance Lab, 329 E. Sheridan Ave. Oklahoma singer-songwriter Kaitlin Butts opens the show. The festival’s featured songwriters also will perform the hit songs they helped write while sharing the stories behind them.

These types of events are not only commonplace in Nashville but easy sellouts, Maloy said during a recent interview. In Nashville, the art of songwriting is revered, and Maloy wondered how the concept would translate to a different market. After last year’s finale concert event, he saw that Oklahoma City took to it very well. 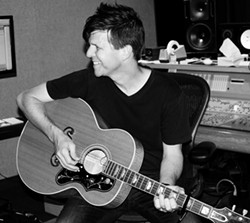 “I can’t tell you how proud and happy I was that Oklahoma City rolled out for this,” he said. “It was packed, standing room only Saturday night.”

Last year, Maloy also performed a partial, acoustic reunion with former Nixons bandmates — the first reunion of any kind for the band since it split in 2002. But he said the storytelling from the event’s participating songwriters ultimately stole the show.

Maloy said the biggest thing many local musicians and songwriters will take away from the festival is a chance to meet and interact with industry veterans who write at the highest level.

“I think it’s a cool opportunity for some of these Nashville dudes to be hanging out in Oklahoma City talking and making music,” he said.

However, the takeaways are not just for locals who attend the workshop and performance. Last year, nothing felt better to Maloy than listening to people come up to him after the show and tell him what his songs meant to them on a personal level.

“As a songwriter, you get to tell the story but then have those stories told back to you,” he said. “I feel lucky.”