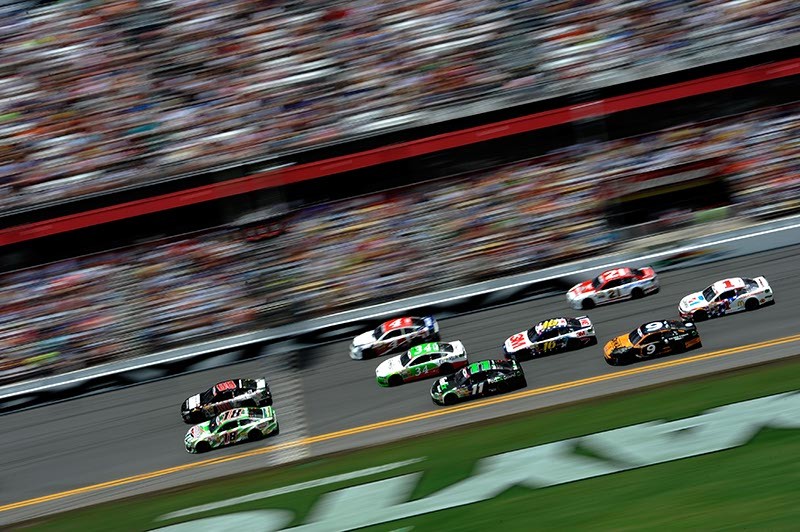 Forty-three stock cars streaked across the Talladega Superspeedway. More than 100,000 fans crammed into the grandstand and infield, toting coolers of beer, luncheon meat and soggy bread, to cheer on the drivers.

The force and sheer noise of the passing cars reverberated through not only the bodies of the spectators but also the bottles of water in their hands, making the liquid appear to boil.

Sponsored cars — Bud Light, Home Depot, Viagra — blurred past, averaging speeds of 184 mph, all driven by white males and identifiable only by their trademark colors.

Amid the superlative speed, sound and crowd at the 2001 Talladega 500 was an 8-year-old Native American girl from Muskogee. Jordan Leatherman, who is Cherokee, remembered being awestruck by her first NASCAR race.

“The atmosphere, the adrenaline of it all — it was addicting,” she said.

Now 21 and a senior at Oklahoma State University, Leatherman has spent her summer interning at NASCAR as part of the association’s Diversity Internship Program. She, along with 15 others, spent the summer in Daytona, Florida, working in various departments. The program exists as an answer to NASCAR’s history of exclusion and oft-held perception of being a white Southern sport. 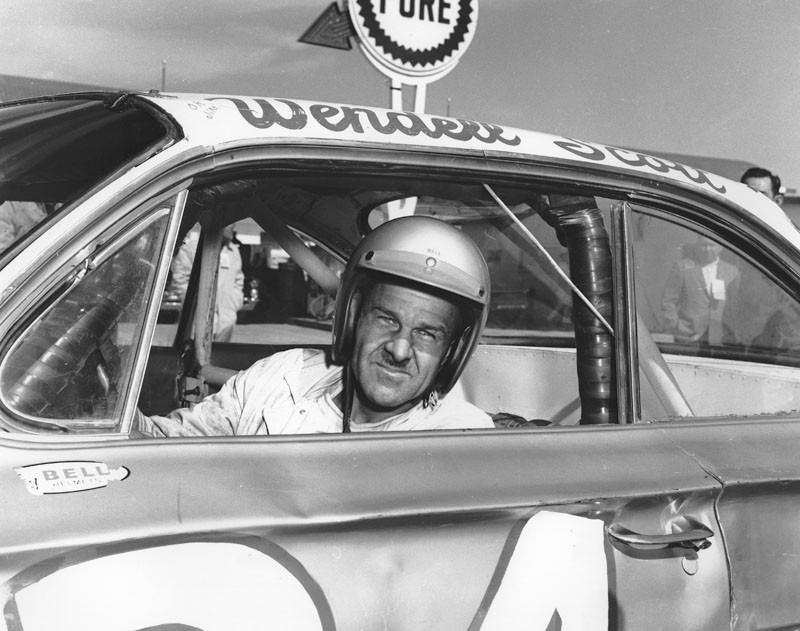 At its birth, stock car racing was segregated much like baseball. African- Americans were not allowed to compete in the same racing series as whites.

Throughout the 1930s, the bulk of competitive racing took place on small dirt tracks throughout the Southern United States. There was no central organizer and no governing body to standardize permissible vehicle modifications.

“Race promoters were often scoundrels. They’d promise a winning purse of a certain amount and then disappear with the money. There was no point system. The whole thing was a mess,” NASCAR Hall of Fame historian Buz McKim said.

Many of the early drivers honed their skills by bootlegging, the smuggling of untaxed, illegal alcohol across the country during Prohibition. Bootlegging not only strengthened their ability to drive with terrific speed, often through the hairpin turns of the Appalachian foothills, but also their abilities as mechanics. They constantly altered their vehicles for carrying capacity, handling and speed.

Like many other competitors, Scott became both a skilled driver and mechanic by bootlegging.

Despite 147 top 10 finishes, McKim said Scott struggled to secure sponsorships because tracks across the country banned him based on ethnicity.

“A lot of tracks wouldn’t allow African-Americans to compete. Wendell would pick up a small sponsorship from a gas station here and there, but most of his expenses were out of his own pocket,” McKim said.

In 1963, he won first place at Speedway Park in Jacksonville, Florida. However, Scott was not recognized as the winner until hours after the race. Pulitzer Prize-winner Brian Donovan wrote about the final laps of the race in his biography of Scott, Hard Driving: The Wendell Scott Story.

“Apparently, in just a few minutes, a Negro driver would win the race. Then he’d go to victory circle and step up for his trophy. If custom prevailed, he would kiss the race queen, a white woman, in front of the white crowd,” Donovan wrote.

Officials removed Scott’s name from the scoreboard before he crossed the finish line. When he finished the last lap, no checkered flag waved.

Hours later, NASCAR officials conceded that Scott had won. The bittersweet victory still stands as the only win by an African-American driver in the association’s top-tier racing series.

“I think one factor that has deterred minorities from racing is the amount of money it takes to start,” McKim said.

The high price of launching a career has allowed established racers to set up family dynasties like the Earnhardts, the Pettys and the Waltrips.

Diversity is one of NASCAR’s main initiatives.

“We are committed to this growth process, which is helping the sport more closely reflect the rest of the country,” NASCAR’s Vice President and Chief Human Resources Officer Paula Miller said.

A key component in the process is the association’s Diversity Internship Program.

Leatherman’s internship application process was competitive. She interviewed seven times before taking a position in June.

Many of her fellow interns had minimal knowledge about NASCAR, and she said her background in racing made her stand out.

Her grandfather has been racing for 50 years. She grew up at Oklahoma dirt tracks like Outlaw Motor Sports Park in Oktaha, Salina Highbanks and the now-defunct Thunderbird Speedway in Muskogee.

“Racing has been a part of my life since I was a baby. I’m accustomed to it. I could fall asleep to the noise. It’s soothing to me,” she said.

Leatherman, assigned to multicultural development, acted as a liaison between the other interns and her department.

She attended the Coke Zero 400 in Daytona during her internship and received a Hot Pass, the NASCAR equivalent of backstage access, and said more people would catch the racing bug if they experienced a race firsthand.

“NASCAR wants to go to different markets, to different groups of people and give them a behind-the-scenes look,” she said.

She contends that efforts by the association will produce a more diverse fan base in the future.

In Nielsen’s 2013 Sports Media Report, the research firm reported 94 percent of Sprint Cup series television viewers were white, two percent were black and another two percent were Hispanic. The viewership was predominately male, at 63 percent.

NASCAR’s rebranding focuses not just on different ethnicities but also on younger audiences. Nielsen reported that 49 percent of the sports viewership was 55 or older.

Nielsen’s statistics focus on those watching events strictly on television. Miller said the racing associations research has found that 20 percent of fans are multicultural.

“Some people are surprised, but NASCAR is a major sports organization that is followed by fans around the world, and our company tries to reflect that in our culture,” she said.

Aside from its Diversity Internship Program, NASCAR trains minority drivers through its Drive for Diversity Program.

“With great drivers like Darrell Wallace Jr. coming up, I think it will continue to reach a wider audience,” she said. 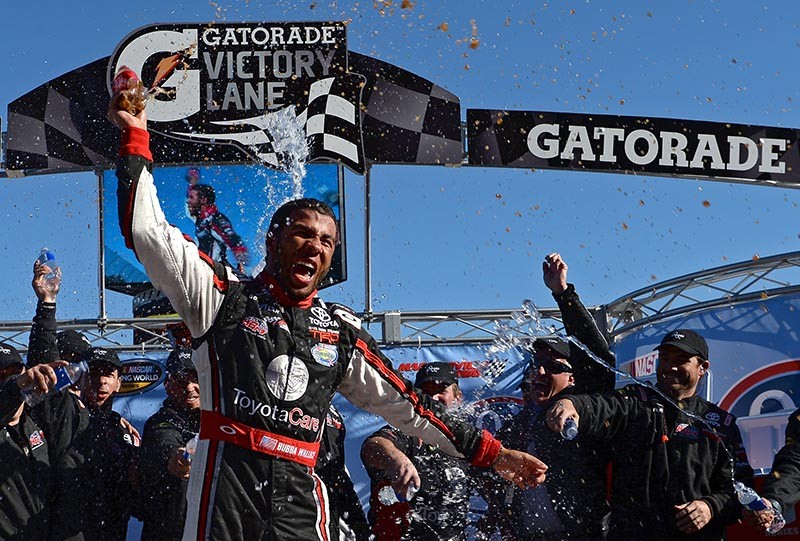