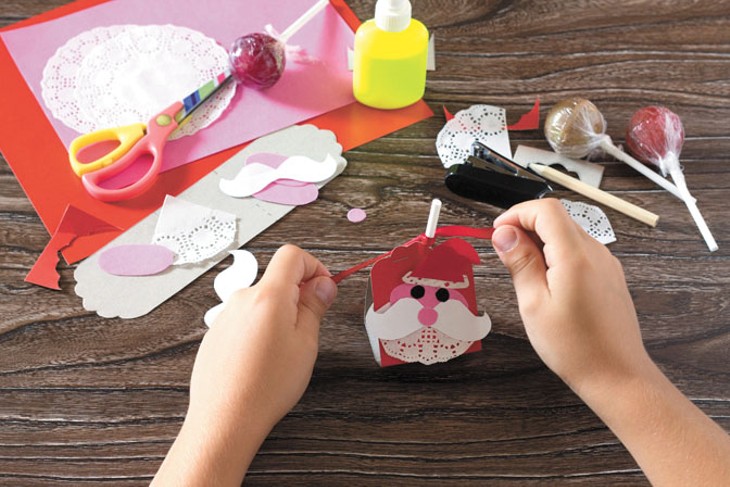 Oklahoma soldiers and veterans are feeling appreciated this holiday season thanks to a grateful state and a city counselor.

Joe Dorman, Rush Springs city counselor, former District 65 Oklahoma Representative, 2014 Democratic nominee for Oklahoma governor and CEO of the Oklahoma Institute for Child Advocacy, continues to wear many hats when it comes to serving the state.

One surprising role is that of mailman.

Holiday for Heroes provides holiday cards for soldiers receiving care at Reynolds Army Hospital at Fort Sill and Oklahoma veterans through the state’s seven veterans centers. The program started in 2009, when Dorman was a representative, because of some goodhearted schoolchildren.

“Some students at the Rush Springs Middle School had sent Christmas cards to a recovering soldier at Walter Reed,” Dorman said. “They got that idea from an email being circulated requesting that people consider that when sending out Christmas cards.”

However, the effort was almost all for naught after they were confronted by a troubling truth: The email was a hoax, and Walter Reed National Military Medical Center couldn’t accept anonymous cards.

With numerous cards and no one to deliver them to, the school asked Dorman for a miracle.

“The way I had worked it out was to contact the commanding general at Fort Sill at the time and ask if they could be delivered to Reynolds Army [Community] Hospital there at Fort Sill, which was also in my district,” Dorman said. “The Commander General said certainly, so we delivered those cards.”

The decision to deliver the cards to soldiers at Reynolds wasn’t difficult for Dorman and was informed by family experience.

“What gave me the idea for that is my nephew had recovered there over the holiday,” he said.

Dorman’s nephew told him about hospital workers and patients there who couldn’t be with their families during the holidays.

Dorman said there are 20 to 30 soldiers recovering at Reynolds at any given time. He decided his own address would be the destination for holiday cards for soldiers, and Holiday for Heroes was born.

Dorman sent out a press release about the hoax and said he would instead deliver letters to Fort Sill. The next year, Holiday for Heroes received about 500 cards. The number increases each year. In 2015, Dorman’s office received almost 8,200 cards. He began searching for those in need of holiday cheer.

Rita Aragon, Oklahoma Secretary of Military and Veterans Affairs, suggested he send cards to veterans centers around the state.

He said all kinds of people and groups participate in the mailing, including churches, schools and even an assisted living facility in southeastern Oklahoma.

“The best ones are always the handmade cards the grade-school kids make,” he said.

The experience continues to teach him about those who serve and those who appreciate them.

“There are a lot of people grateful for the service of these men and women, especially the ones who are recovering from injury or have sustained lifelong injuries,” Dorman said. “Having the chance to visit with these soldiers and veterans and see the look on their faces whenever you deliver a stack of cards to them, it’s heartwarming just to know you are making a difference in their life.”