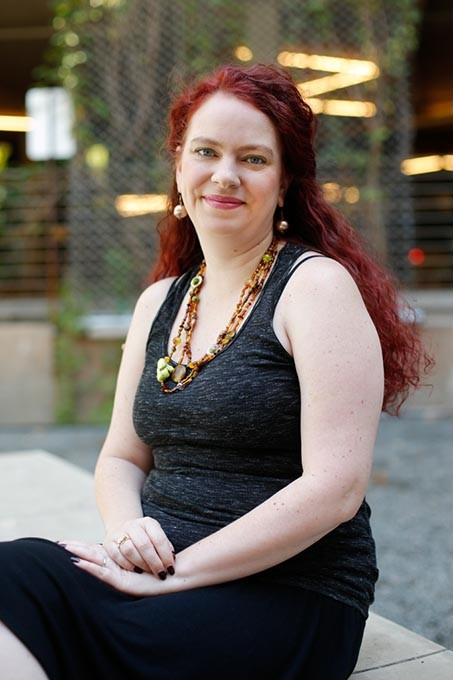 Oklahoma ranks third in the nation for the number of adults with mental illness. Mental Health America, a nonprofit group dedicated to tracking mental health in the United States, ranks Oklahoma 49th in its overall management of mental illness. It also states that six out of 10 Oklahomans with mental health conditions or substance abuse problems aren’t receiving treatment.

The No. 1 barrier to treating mental illness is the stigma it carries, said Michael Brose, executive director of Mental Health Association Oklahoma.

“We’re dealing with ... people’s fear and embarrassment,” he said.

That feeling of shame was a stumbling block for Jill Hartwood, who asked that a pseudonym be used to protect her privacy. A divorced mother of two, the 38-year-old Oklahoma City resident struggles with major depressive disorder, a battle she has fought since she was a teenager. She said it was the stigma surrounding mental illness that stopped her for seeking help for years.

“It was kind of like a family code, unspoken, that you just don’t talk about it,” Hartwood said. “It wasn’t … showing your faith if you were sad. Not so much from my parents, but the church community we were a part of. You didn’t talk about being sad or depressed.”

Hartwood stumbled through life struggling with the ebb and flow characteristics of major depression. When it hit, she might spend months in a sea of pain, despair and hopelessness. But the disgrace surrounding depression was so ingrained in her that she resisted reaching out for help. She managed to get married and start a family, but while self-medicating with alcohol to numb the pain, she snapped in 2007.

“I played doctor with my own body when I felt out of whack. I went on a binge that ended up with some really suicidal thinking,” Hartwood said. “I didn’t feel like there was a way to be honest or ask for help. I thought the only way out was to not live anymore.”

She called a friend who listened to her problems, which enabled Hartwood to admit she had a problem for the first time.

Cindy Cornelsen also wrestled with the stigma before seeking help for major depression. The bookseller and part-time comedian attempted suicide earlier this year. The fear of being labeled mentally ill kept her from seeking help until it was almost too late.

“It was a thing for me, especially before I started getting treatment. I worried about what people might think of me and what that meant about myself,” Cornelsen said. “Was I just a blossoming, nappy-haired cat lady?”

Cornelsen still struggles with the label and what it means. She said many people do not understand anything about mental health conditions and they are rarely willing to ask questions.

The resistance to seeking medical care came with a high price tag for both women. After Cornelsen cut both her wrists and thigh, her husband rushed her to the emergency room at St. Anthony. After waiting 26 hours to see a doctor, she was stitched up and sent to the Oklahoma County Crisis Intervention Center. The price of admission to the mental health system was a $10,000 hospital bill. She was uninsured at the time.

Hartwood suffered serious sticker shock, too. After finally seeking help, a friend took her to an assessment center. Seeing the severity of her need, the center recommended an inpatient stay at a mental health hospital.

“I was so desperate I didn’t think twice about it. It was either that or not live,” she said.

Although it wasn’t easy, Hartwood followed the recommendation to stay at a hospital and was there for 30 days. It changed her life.

Unlike Cornelsen, Hartwood had health insurance. Believing she had the appropriate coverage, she entered treatment immediately. However, a week into her stay, her health insurance dropped a bombshell: The mental health portion of her plan, the insurance company claimed, didn’t cover inpatient care. The price tag for her stay was $6,000, something she couldn’t afford. Family members, finally understanding her dire need for help, pooled money to cover her stay.

Today, both women are seeing mental health professionals — psychiatrists and therapists — and are on the road to recovery. Both wish they had sought preventive treatment earlier instead of waiting until the issues got as bad as they did.

Traci Cook, executive director of the Oklahoma chapter of the National Alliance on Mental Illness, wants to see a larger, public discussion about mental health. It is, she believes, the only way to get the facts out and scrub the stigma from mental illness.

“Just like all other diseases, mental health conditions need to be talked about out loud,” she said. “Each Oklahoman who is personally affected must tell their story of recovery, including the ‘dark days.’ When we do that, stigma goes away and more people will get the treatment they need.”

Print Headline: Wellness fee, The stigma and cost of mental health treatment is holding back many in the state from getting the help they need.