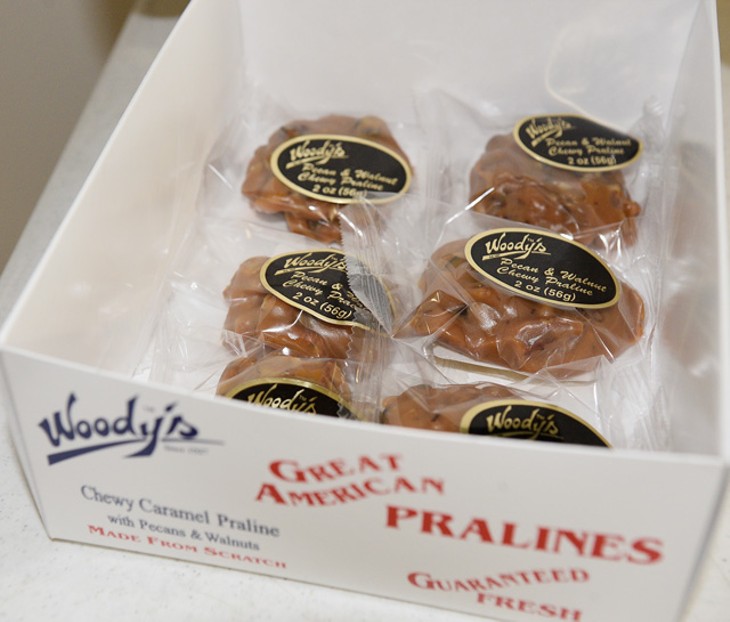 Oklahoma’s oldest candy company got its start with forgotten candy equipment nearly a century ago.

In 1927, Claude Woody was supposed to attend the University of Oklahoma to become a lawyer at the urging of his father. Instead, enterprising Woody dropped out of school and offered to give his car to his father in exchange for candy-making equipment that was stowed away in the attic of a downtown warehouse his father had recently bought.

The elder Woody turned down his request for the car but said, “If you can find a home for the equipment, it’s yours.”

Woody Candy Company started with a family tradition that endures to this day and has only grown under the Jackson family, led by co-owner Brian Jackson, who purchased the company from Claude Woody Jr. in 2014.

“[We’re] one of Oklahoma’s greatest hidden treasures that shouldn’t be a hidden treasure,” said Brian Jackson, who bought the company with his parents Bill and Elaine Jackson.

At a 15,000 square-foot facility located at 922 NW 70th St., a retail store sells a wide variety of confections while a packaging center that perpetually smells like brown butter manufactures and packages treats that are sent to 5,000 wholesale retail clients across the country.

The Jackson family relied on a two-decade-long friendship with Claude Woody Jr. to become shepherds of the venerable company. Bill Jackson met Woody Jr., who fulfilled his grandfather’s dream of becoming a lawyer, when the two worked in the oil and gas industry in the 1970s and early ’80s.

Woody Jr. took over for his father at Woody Candy in 1983 and added a retail store and an influx of confectionary recipes like turtles and toffees, but when he ran into Bill Jackson at the end of 2013, Woody Jr. relayed that he was planning to shut down the company and sell its equipment at the end of the year to spend more time with his ailing wife.

Bill Jackson spoke with his son Brian, who worked for Deloitte Consulting and was looking to become his own boss, about the opportunity to purchase the company, but they wanted to objectively test the product.

Bill’s brother Jeff Jackson is a graduate of the Culinary Institute of America, has been named the best French chef in America and is currently the executive chef at The Lodge Torrey Pines in San Diego.

They sent samples of Woody Candy’s products to San Diego, where Jeff Jackson had the products tested by two of his employees who used to work for California’s famous See’s Candy.

“When they called back, they asked us how much they were charging for the butter toffee,” Brian Jackson said. “We said $25 per pound, and they said, ‘Are you kidding me?’ I wasn’t sure if that was too high or too low. They said that if they had that product in Los Angeles or San Francisco, they would have people lined up to pay $50 per pound.”

The allure of a company with a nine-decade history of best-in-class products became too much to pass up, especially when the chefs to whom they gave samples said they would buy the company sight unseen if the Jacksons passed.

Since Brian Jackson took over as the day-to-day manager, he also operates as the company’s head salesman. Woody’s wholesale footprint has expanded from 1,200 clients across the country to more than 5,000 in just under four years.

Jackson has focused on putting displays in stores such as Hobby Lobby, Love’s, Michaels and Cracker Barrel and sees growth opportunity in the grocery store space in 2018 and beyond.

“We’ve started having [wholesale] clients calling to request our product instead of the other way around,” Jackson said. “If we can get you to get one bite, our success rate is very high.” 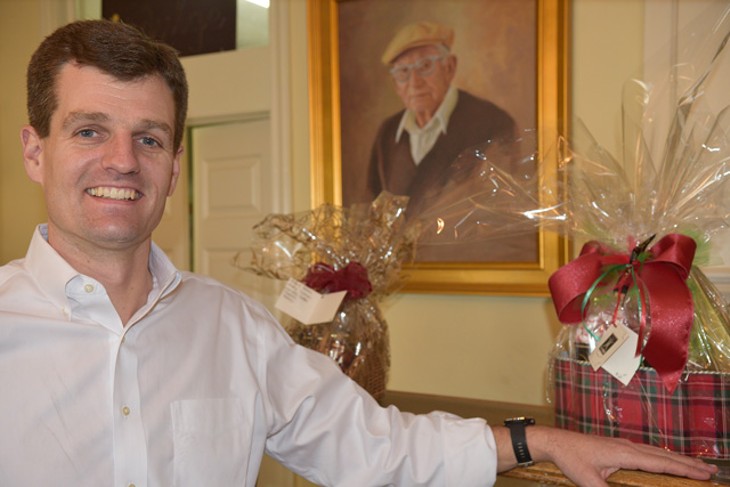 Jackson works on recipe concepts, but Woody’s is committed to recipes formulated by the Washingtons and traditional Oklahoma creations, like Aunt Bill’s Brown Candy.

The fudge is an Oklahoma tradition that dates back to The Oklahoman’s Susan Adams, who first published the recipe in 1931 and was uncovered by current Oklahoman food writer Dave Cathey.

“We’re the only ones still crazy enough to make it on a commercial level,” Jackson said. “It’s legendarily difficult because labor is tough and the atmospheric conditions and chemistry have to be right. You have to mix the components at the right time in the process, at the right consistency and at the right rate. If you mess up one  of those three or four variables, even in the slightest bit, it’s going to ruin the batch. … You won’t know until the next morning if it came out correctly.”

Jackson said batches of Woody’s Aunt Bill’s Brown Candy often have to be donated to local charities if they don’t meet high-quality standards.

Woody Jr., 85, serves as president emeritus and will often drop by to ask for ingredients to experiment on new confectionary creations, including cooking a completely new treat for his neighbors just before Christmas last year.

“He’s made candy since he can walk,” Jackson said, noting that Woody Jr. created a few of the products the company is looking to expand into the wholesale market in 2018.

Jackson said the chewy caramel pralines ($2.29 per package) are the company’s most successful item in its wholesale division but they’re looking to add peppermint and lemon ice at more retail clients, in addition to caramel praline fudge, based on each product’s success at the Oklahoma City retail store.

“It’s our job to shepherd this company for a new generation,” Jackson said. “We don’t want to grow too fast and have quality suffer. It is a delicate process.”